10 things you need to know about thermodetectors and detectors 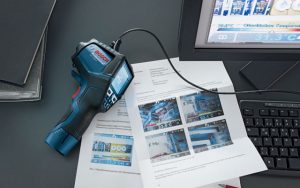 Both thermodetectors and detectors are widely used and appreciated measuring instruments by contractors around the world. The detectors allow you to see what is inside the walls, and detect pipes, iron and other elements. Thermodetectors – or thermographic cameras – for their part, give us a very precise reading of the temperature of different elements such as electrical panels, motors, and so on.

In this note we will show you 10 things that you probably did not know about him wall scanner and the thermodetectors, two tools to get the most out of them and contribute to your projects.

What is the difference between thermodetectors and detectors?

Wall detectors, along with beam detectors, are used to know what is behind a wall: gas, water or electricity pipes, beams, structural iron, cavities, etc.

Thermal cameras —or thermodetectors—, on the other hand, show temperature differences on the screen either in a gray scale or in false color; This is particularly useful for easily viewing hot spots on a surface without having to make physical contact with them or wait more than a second or two for a reading.

But what else can you do with these two tools? We will see it next.

1. Create a plan from the exploration of a wall in an old house

It often happens that, after moving to a house built many years ago: when we look for the plans they do not exist, or they became an unreadable stain due to humidity. This usually turns any repair work into a headache, as we have no notion of where there might be a water, gas, or lighting pipe that could break with the work.

Well, this, with the help of the detectors or wall scanner, it is no longer a problem. It is enough to take the instrument and analyze the surface of the walls on which we will work, marking on them, in pencil, all the structural elements that we find.

When installing or repairing a plasterboard wall (drywall) it is extremely important to know in advance where the racks are located, whether they are made of wood or aluminum.

Wall detectors make this task something simple and instantaneous thanks to their capacitive sensors, which detect the change in an electric field due to the different dielectric properties of the wood with respect to the other surrounding materials. If the frames are made of aluminum, inductive sensors come into play. The result is the same for the operator: the edges of the element are shown on the screen, making it easy to mark its position. 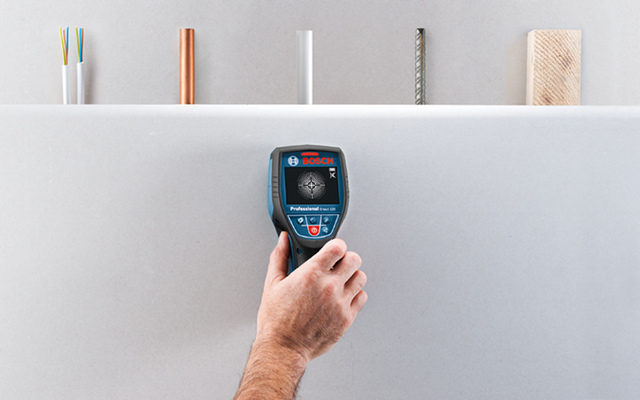 Even a simple task like hanging a few pictures or installing corbels or shelves can end disastrously if we don’t know what’s behind the wall.

I knowwall scanner They have different sensors (capacitive, inductive, oscillating) that detect different elements: steel beams, structural irons in the case of concrete, stones, metal meshes, iron pipes or other metals, wood and hollow bricks. Simply move the detector horizontally to ensure the absence of any of these elements, which could puncture and cause problems.

4. Check the quality of tiles and precast walls 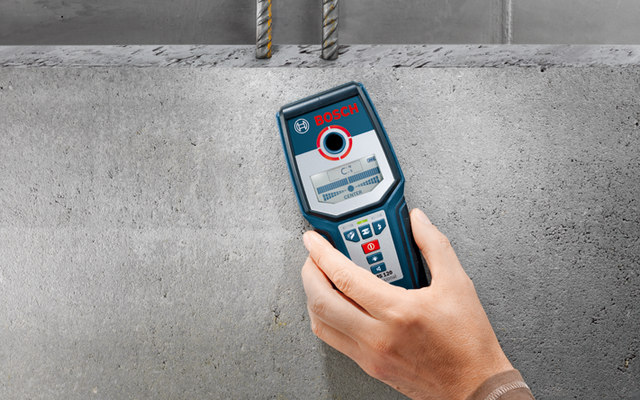 It may happen that we purchase precast concrete tiles, either for build an access path to the garage or to build an auxiliary shed. In any case, we will be interested to know if they have been built according to specifications and if they pass quality control.

The wall detectors They are also used to inspect the interior of reinforced concrete walls or slabs. In this case, they will detect up to a depth of 4 cm the presence of structural irons. 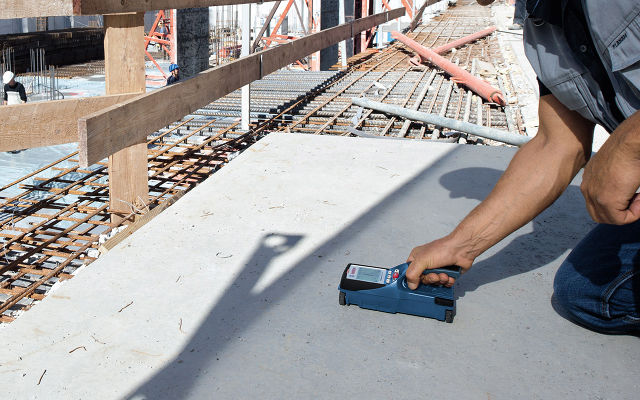 Most of the wall detectors they are able to detect elements down to a depth of four centimeters; more than enough for walls, partitions and walls of any kind. It even allows us to inspect some walls from the edges or edges (to locate, for example, the anchors of a grate). 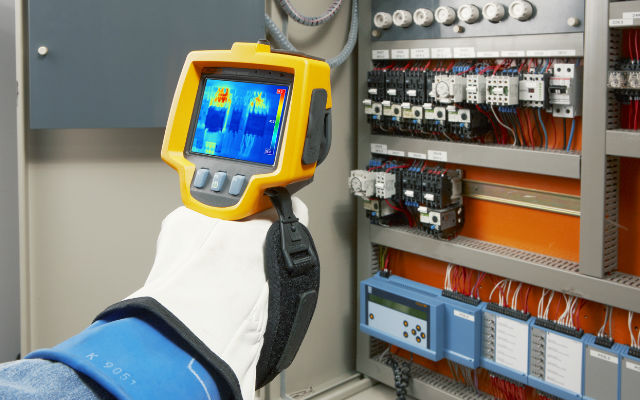 With the reduction of the costs of some equipment that make intensive use of electrical current – such as air conditioners – many houses, offices or commercial premises have installed them, but on more than one occasion the electrical installation has not been updated to the standard. new demand, with which it is common that in these places the power is cut off frequently, due to the overheating of the cutting elements such as thermal keys.

Thermodetectors or thermal imaging cameras allow you to check in a matter of seconds and with security which elements are reaching abnormal operating temperatures. 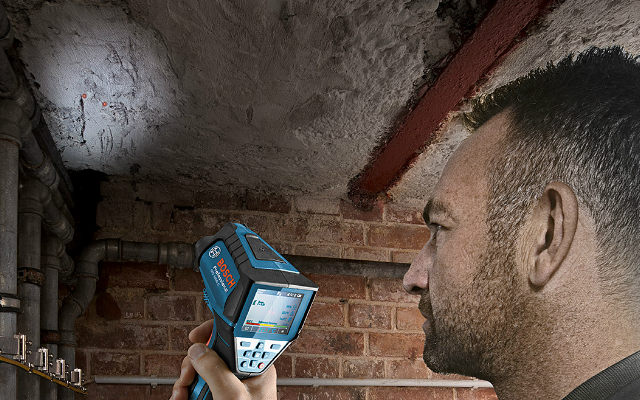 In basements, where heating elements such as water heaters, water heaters and boilers are generally located, it can happen that there are small surfaces on the walls or ceilings that receive much more heat than the rest. This is a problem in the medium term, as that area of ​​the wall or ceiling will expand more than the rest, suffer more stress and possibly crack.

One point of particular importance is fire prevention. With the thermodetectors You can quickly find hot spots in a room, or defects in an electrical installation, which could generate a spark and ignite combustible objects within it. 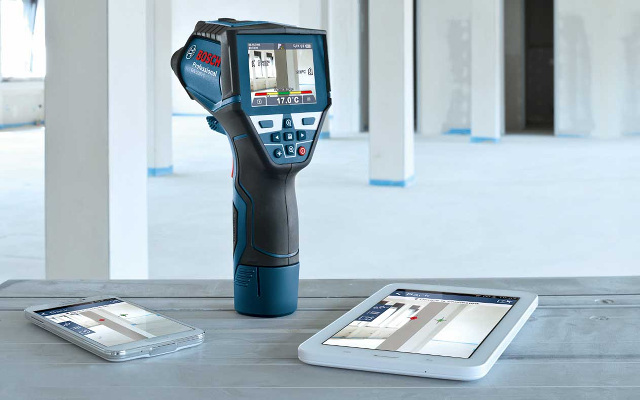 What would become of measurement tools if you couldn’t connect them to computers or smartphones? In the case of thermodetectors or thermal imaging cameras, it is possible to send the information and images obtained, via Bluetooth, to any nearby device that has this technology. Some models also allow it to be done through a USB cable. 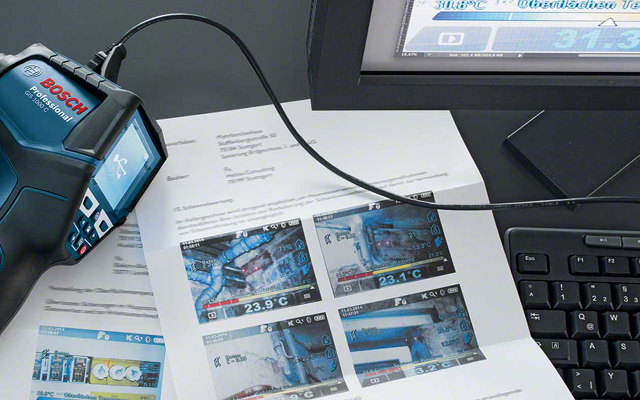 With the ability to send photos and measurements, it is also possible to assemble complete reports, save them as documents (PDF, word, etc.) and send them by email. Most manufacturers of thermodetectors with this capacity they offer an editor to automatically assemble the reports and generate a PDF document.

10. Combined use of both instruments 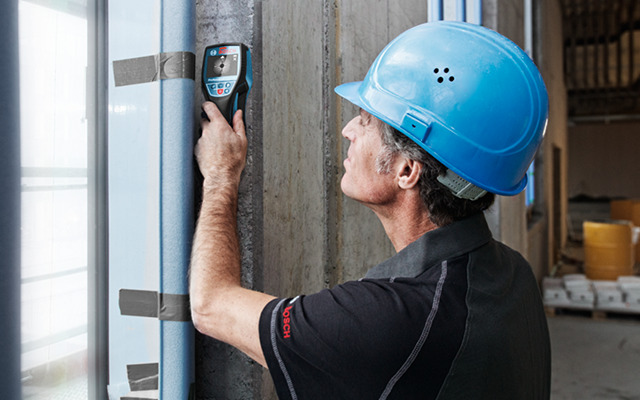 Combined use of measurement tools

Finally, a trick to get the most out of both instruments (detectors or wall scanner Y thermodetectors) is to use them in combination when it is necessary to find the cause that originates the increase in temperature focused on a wall.

How to choose Welding Electrodes?