10 tips to keep in mind when choosing a generator 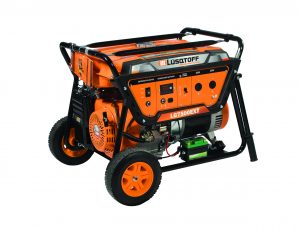 They not only serve to provide electricity in the event of a power outage; the generator It is also useful when you need to use a power tool in a remote area where there are no outlets.

There are different models for each need; In this note we will show ten tips to correctly choose a generator electricity that perfectly suits our needs.

Diesel oil is cheaper than gasoline, but it is only suitable for medium and large size engines, and requires, in low temperature conditions, that the liquid be preheated with a special heater.

CNG is special for medium-sized engines, and cheaper than diesel and gasoline. 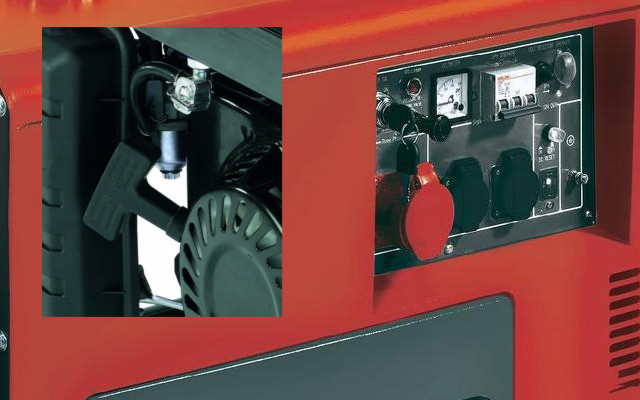 A small generator does not need push-button and key ignition, since the engine, being small in displacement, can be started by means of a cord (as is done with chainsaws, for example).

In larger generators it is necessary to have an electric starter, since it would be very difficult to rotate the crankshaft at the speed necessary to start the ignition cycle (especially in generators Diesel, which require higher compression in the pistons).

Rope starts, although they seem crude, are very useful in small teams, since they lighten the total weight of the group. 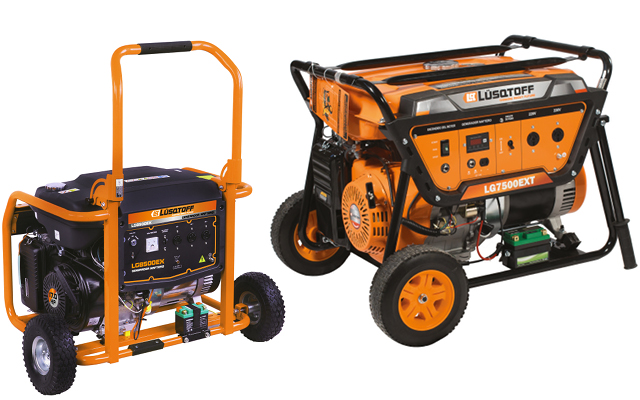 What use will the generator have? Will it be used as an auxiliary power source for a home or office, or is it only needed to power one or two power tools for use in uninhabited areas?

In the first case the priority is in the final power; size is secondary. In the second case, it is important that the equipment is light, robust and has wheels for better transportation.

For work in the field, garden or uninhabited areas, it is very important that the equipment has wheels and a handlebar to be able to push it as if it were a cart. It must also have rubber studs to avoid as far as possible vibrations that can cause unwanted movements. 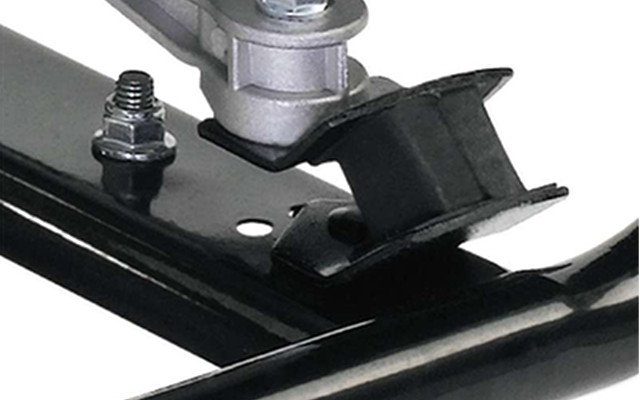 Nobody wants to have a generator that produces vibrations in the ground on which it rests. It’s not just annoying; can cause breakage both in the equipment and in the buildings surrounding. 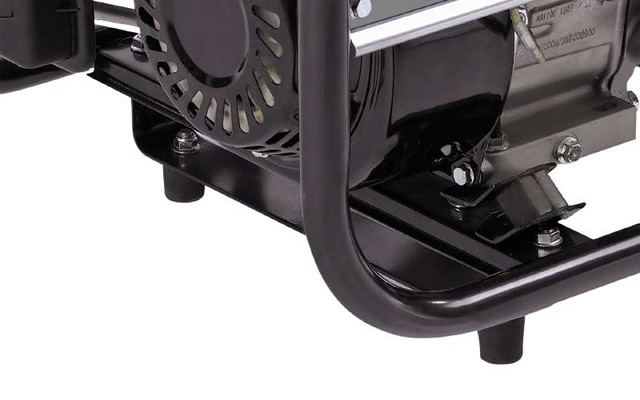 Some generators They have rubber studs and additionally patches of the same material, which allow the engine to remain discontinued within the steel frame, with which the vibrations produced are barely transmitted to the environment.

Everything generator electrical has one or more outlets on its dashboard; these are protected against rain and dust (outdoor rated outlets). 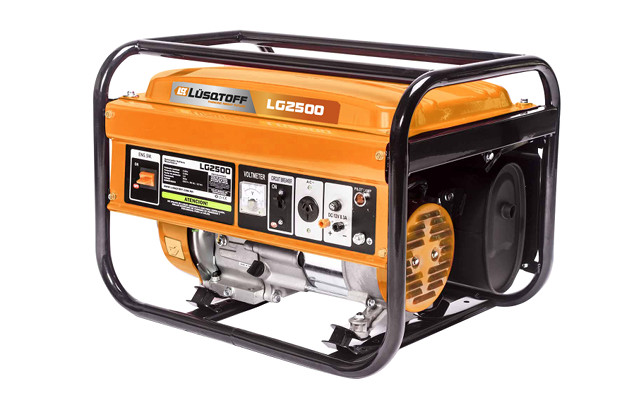 Depending on the country, there are different models (such as Schuko, IRAM 2071/2073, NEMA 5-15, etc). Each of them is designed to withstand different currents and maximum voltages.

It is very important that the equipment provides effective protection, in the form of a circuit breaker and thermal keys. In addition, it should provide a correct grounding. 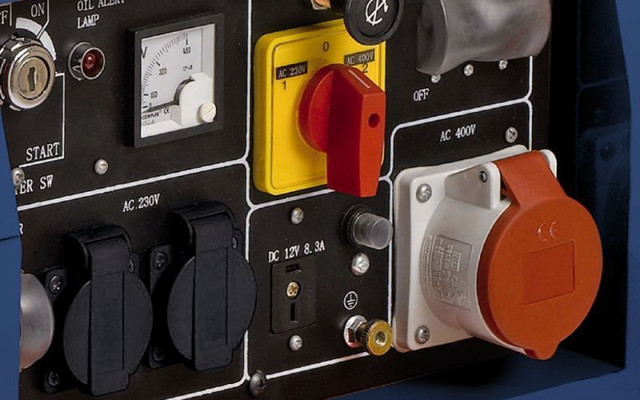 In addition to the type of outlets, it is sometimes desirable to have more than one outlet voltage on the panel. It may be necessary to have one outlet at 12V, another at 110V and the rest at 220V.

This makes the use of transformers unnecessary, and does not restrict the maximum current for that socket model (which does happen when connecting a transformer, which also reduces the total efficiency of the system). 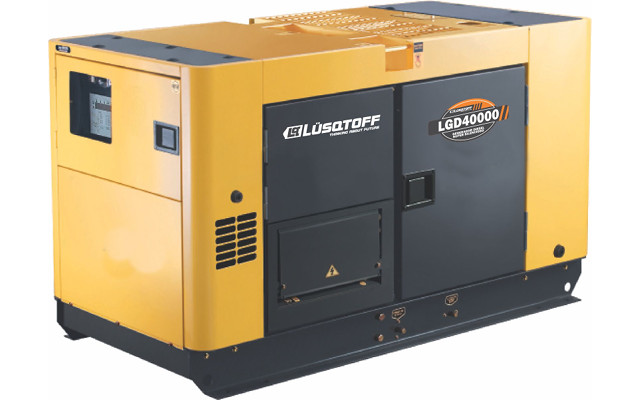 As we saw earlier, it is crucial to know how to correctly choose the generator according to the intensity of use it will receive.

If we need a generator To keep a refrigerator, freezer or computer running in the face of frequent home power outages, a small piece of equipment that can be two or four times will suffice; These models consume little fuel and due to their size they can be placed in small places.

The generators Larger ones require much more space, and use more fuel, but they deliver enough power to power an entire home or office. In these cases it is important to select a generator Diesel type, with at least six cylinders and a large fuel tank. 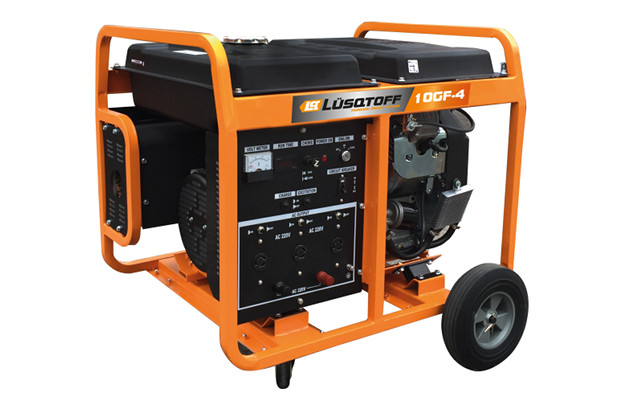 If he generator is intended to power a power tool that will be used at a remote site (saw, welder, mixer, etc.) it’s a good idea to get a small model (as long as the maximum power output is at least 30% higher than the one required by that tool)

For home use by electrically dependent people, it is convenient to look for a small model but with a greater capacity in the fuel tank.

Finally, for shops, offices and intensive home use, it is important to look for a generator large (Diesel) with ample capacity in the tank, and keep more drums or cans of that fuel nearby.

9. Maximum number of hours of continuous use

The generators large ones are prepared to work continuously if necessary, while the smaller ones require a break from time to time to avoid overheating and the consequent reduction in the useful life of their motor; this is necessary on the smaller two-stroke engines.

On larger models this depends on the capacity of the fuel tank (see Autonomy below), since as they are more robust motors they are prepared for continuous operation.

There is an additional important factor when choosing a generator, and is the noise level generated when used.

On average, generators electric vehicles with an internal combustion engine generate a noise level of around 90 dB; this may cause complaints from some neighbors if it is placed on an open site.

The difference between generators large and small is the main frequency of the sound. The big ones generators Diesels produce lower frequency vibrations than their smaller two-stroke peers. This results in the generators big they look like be quieter than the small ones, even though the decibel level of the total noise is similar.

How to choose a saber saw according to the work to be done?

What are wet and dry vacuums and how do they complement other tools?