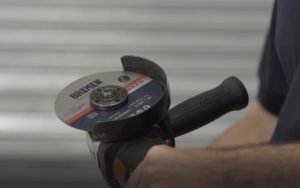 Throughout various articles in Of Machines and Tools, we have already mentioned the discs As the main tool of electric machines such as grinders, miter saws, circular saws, grinders, grinders and others.

Just as we did with the flap discs in this article, now we will delve into some aspects to consider about the flap discs. abrasive cutting discs.

Commonly, in jargon, they are often called “Grinder discs”, and although they have been present on the market for many years, the truth is that there are a whole series of legends around their uses and applications.

One of the first precautions to consider when making the purchase of an abrasive cutting disc is what refers to the expiration date. This data is usually not taken into account, however, it is very important, since in the manufacturing process the disc consists of the union of different types of materials (usually they are grains) that are agglutinated using a chemical. It has a useful life that, once it has elapsed, begins to “break down”. Then, as if it were a medicine, these abrasive discs, as a rule, should have an identification related to the expiration date, once the expiration date has passed, their use is NOT recommended.

Where is the expiration or expiration date of the abrasive disc? In general, they usually stamp it on the central metal ring. However, it can be printed on the body thereof. In general, it is found by looking for an encoding that is usually like this: V (due date) / MONTH (in numbers) / YEAR (in numbers) for example, Fr: 12/2022 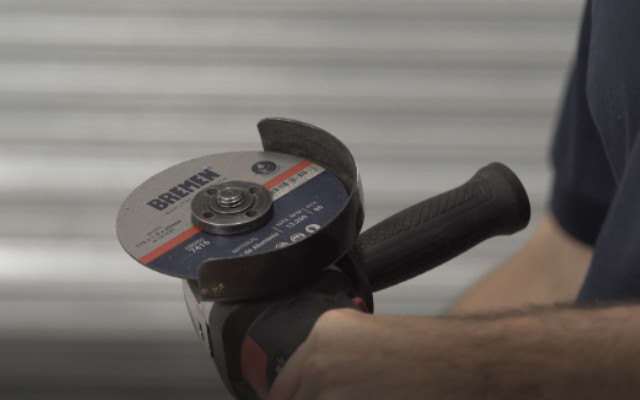 What if I can’t find the date? It would be best not to use it, however, as a general rule, after 3 years the disk surely passed its expiration date.

A few days ago we received the contact of one of our readers who, some time ago, had bought a batch of records. He used some and put it away. A year later he went back to fetch the dusty box with the discs, put it on the grinder, and got ready to cut. As soon as the disc made contact with the material, the cutting disc It was destroyed and from the spin speed, the parts were shot at high speed in various directions. To our delight, he had read the article on grinder safety and had the personal protection items. It could have been a tragedy and it wasn’t. To help raise awareness about the importance of ALWAYS checking the expiration date, we decided to start this article by giving particular importance to this topic!

What materials make up the abrasive disc?

The essential materials that make up an abrasive cutting disc are three:

At this point, it is important to clearly differentiate the cutting operation from the roughing operation. 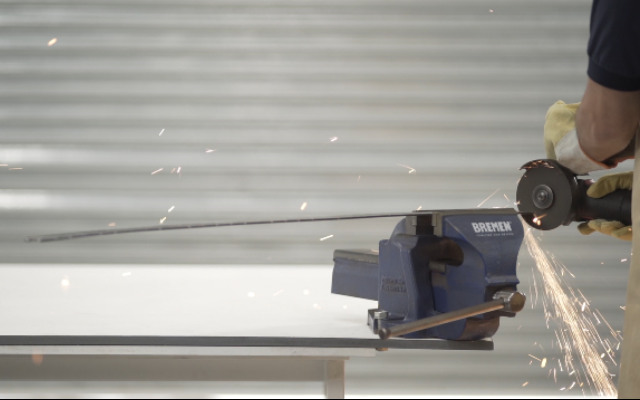 Differences between cutting and roughing operations

DIFFERENCES BETWEEN CUTTING AND ROUGHING OPERATIONS

Once the operation to be carried out has been defined, be it cutting or roughing, the disc component must be chosen according to the material to be worked on.

What components are the most common in abrasive cutting discs?

The correct combination of cutting material Y binder allow the existence of abrasive discs that cover the most demanding needs. Thus, for example, the discs of aluminum oxide with ceramic binder They are very common and inexpensive, although they have low resistance to mechanical and thermal shock. In contrast, discs containing resin they are more flexible due to the elastic nature of the binder and are therefore more resistant. 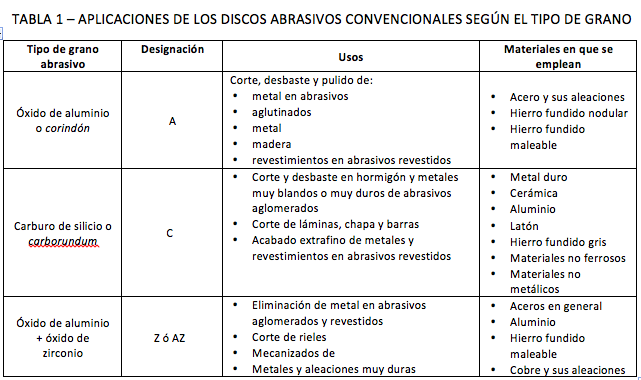 Finally, the last consideration will be related to shape and diameter.

keep in mind that, as we saw in another article, the abrasive cutting and grinding discs for grinders they come in at least two different forms, according to use, as shown in the table below.

Regarding the diameter, simply follow the one indicated on the power tool, for example, in the case of grinders, a common measurement is 4 ″ 1/2 or 115mm. When choosing the cutting disc, it is important to verify that it has the same dimension identified.

When installing the disc on grinder, the question usually arises Which side is the record on? In general, they usually indicate it in the information printed on the disc, however, it may happen that it is not there or that it has been erased. The truth is that in most cases it is indistinct. It can be placed with the label visible or on the back. 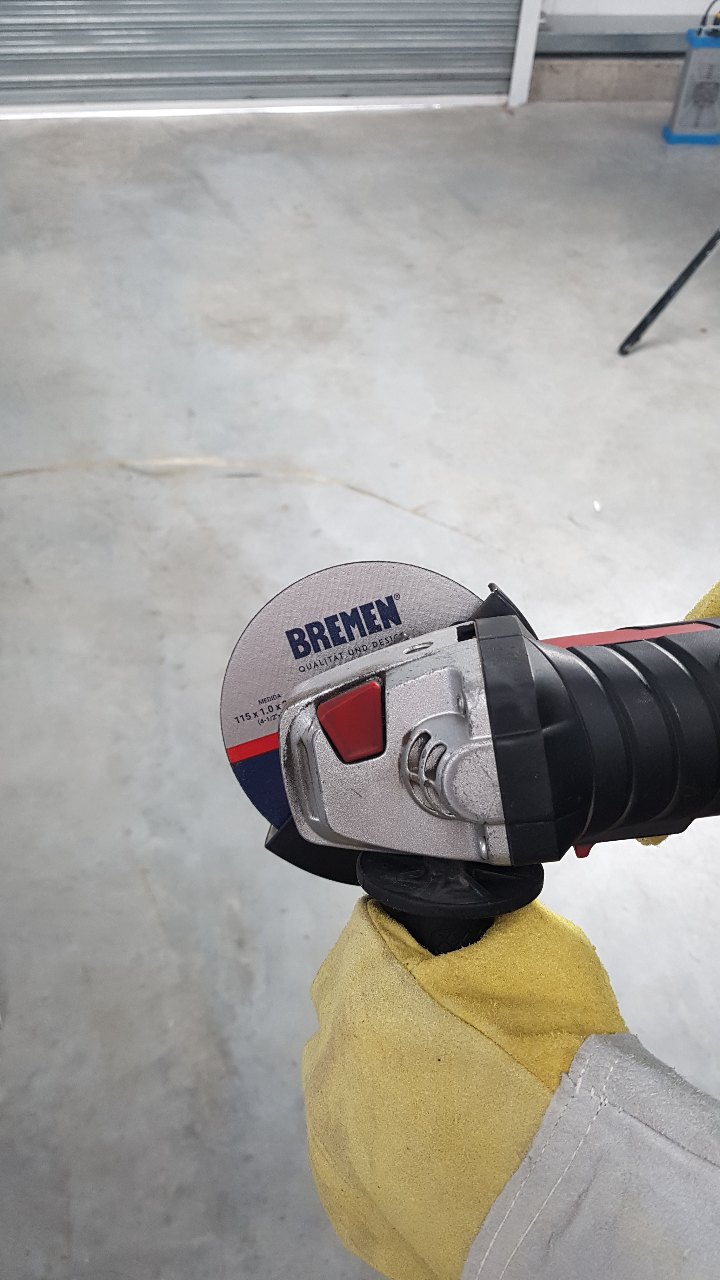 Lastly, well-used cut-off wheels are an essential tool for blacksmithing and metalworking. We have seen a series of apparently very novel homemade inventions circulating on social networks, but which, because they do not comply with manufacturing standards, can be dangerous. It is VERY important to verify that it is a certified manufacturer that complies with international regulations. As they say “sometimes cheap is expensive!” 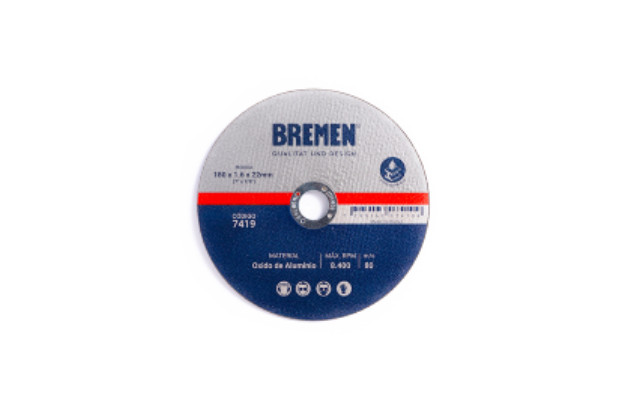 Do not forget to always follow the safety rules indicated by icons on the disk and use personal protection elements.

How to strip wires in hard to reach places?

Demolisher – part II – How to choose the most suitable one? Tips and recommendations

Parts of a MIG/MAG Welder