Batteries – part I – Types, uses and how to use them to save time and money 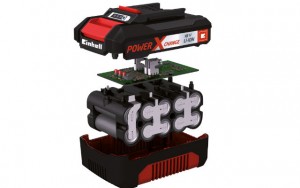 What was once a rarity has now almost become “the norm.” Cordless or cordless power tools have quickly taken hold of all disciplines and are equally widely accepted by professionals, workers, and DIY enthusiasts in any field.

In addition to its portability and cost savings that eliminate the need for compressors, electrical cables, and maintenance, the cordless tools guarantee a safer use that benefits the user, significantly reducing the risks of tripping and electric shocks. This also favors workshops and industries, which in recent years have experienced a marked decrease in compensation claims from their workers.

However, the main reason for the impulse that the cordless tools it is reflected in an improved technology, capable of offering robust and more durable parts, providing greater power and wide usability. It is not by chance, therefore, that the new technologies of your batteries are one of the key reasons for the popular use of cordless tools today.

Types of batteries and their evolution

The first sealed batteries of lead-acid that started the wireless revolution today are largely relegated to oblivion as they are too bulky and quickly deplete their energy. They also do not resist frequent use and their recharging does not confer the desired efficiency. As if this were not enough, they present a risk of contamination of the soil and groundwater.

The fate of lead-acid batteries was decided when, at the beginning of the 1970s, the commercialization of new batteries of nickel-cadmium (Ni-Cd) introduced the first major development in cordless tool technology. With a much more compact design, higher energy density and lower cost, Ni-Cd batteries enjoyed good commercial acceptance, although today their use has decreased mainly due to their inconveniences with the “Memory effect” (reduction of its capacity before incomplete loads) and by the environmental dangers that the elimination of cadmium entails.

To solve these drawbacks, manufacturers developed batteries based on the chemistry of the nickel metal hydride (Ni-MH). Although Ni-MH batteries do not have the “memory effect” as pronouncedly as Ni-Cd batteries and are easier to dispose of, their cost is high and their adoption is slow to become widespread.

It was in the early ’90s, finally, that battery technology took a shocking leap forward with the launch of battery packs. lithium ion (Li-Ion). This new technology quickly promoted the development of electronic products, such as laptops and cell phones, but the Li-Ion batteries that these carried were unstable in applications with high current demand. In this last decade, however, with the introduction of improvements in Li-Ion technology such as lithium-cobalt, lithium-manganese and others, it was possible to design batteries for power tools, making it possible to use the cordless versions of these in demanding environments. of the manufacturing and construction industry.

Although the current and future market trend seems to focus on batteries with Li-Ion technology, today manufacturers offer cordless tools with the three types of batteries that we have just mentioned and whose characteristics we summarize, for clarity, in the following table comparative.

a) “Smart” batteries and chargers

The continuous search for batteries that are increasingly stable and less vulnerable to heat build-up and other inconveniences will undoubtedly translate into tools with lower weight, higher torque, better ergonomics, and broad environmental benefits.

The kick has already been given with the expansion of the concept of “Shared energy” offered by the new batteries called “Multifunctional” or “Universal”. Many manufacturers already market a number of tools that share the same batteries. 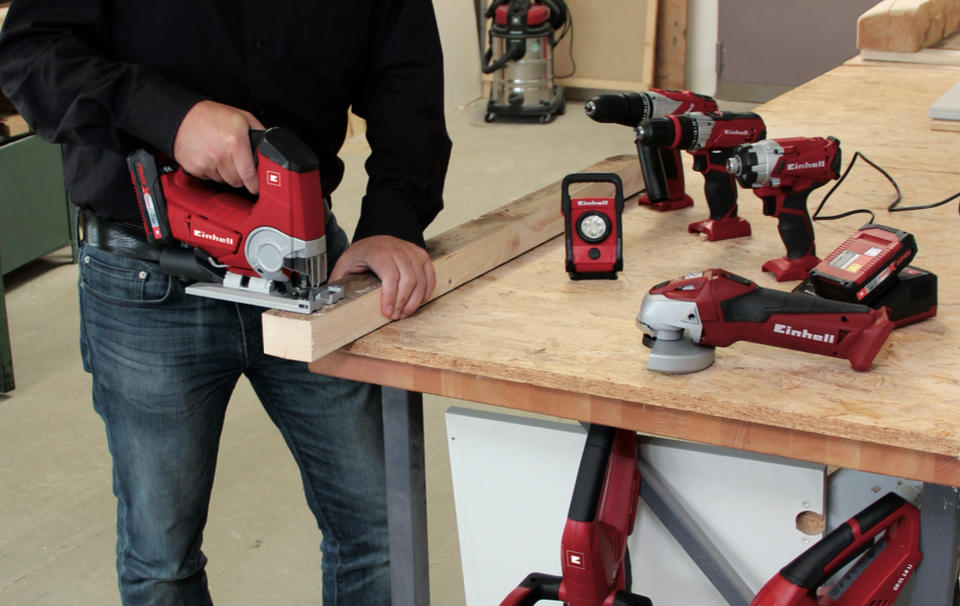 The trend is towards fewer battery sizes with more tools adaptable to them, which certainly benefits the user. Having several different types of tools that use the same interchangeable battery means that the transition from manufacturing in industry to installation on a construction site will be a breeze. Not only that, but these new interchangeable batteries come packed with a host of features and functions based on microprocessors and smart technology. In Of Machines and Tools we have already presented an example in this regard. In addition, “universal” batteries make purchasing a cordless tool cheaper, as it will no longer be necessary to purchase a battery for each machine.

Advances also extend to chargers, since we can find batteries whose chargers are endowed with the ability to restoration. These chargers force the battery to fully discharge and recharge it, allowing it to be restored to a state similar to that of a newly acquired battery and calibrating its electronics. In the case of Ni-Cd batteries, this functionality is very important because it eliminates the memory effect, significantly extending its useful life and reducing the need for spare batteries for our tool.

b) Batteries controlled by mobile devices

Since we are talking about smart technology, it is useful to know that connectivity Bluetooth It has also reached the batteries of cordless tools, offering the possibility of monitoring them, for example, from our cell phone.

Where is this? Basically, in the development of Applications that allow you to pair batteries with mobile devices Android or ios via Bluetooth. This allows the user to have an immediate diagnosis of the battery, such as its charge and temperature, which alters the efficiency of charging and discharging.

The apps also issue alerts when the battery charge is too low, when recharging is complete, or when the battery begins to overheat. But that’s not all, as some of those apps are provided with anti-theft features They not only alert the user when a battery moves out of the coverage area, but also have the ability to remotely deactivate it from the application. That makes it easy to keep track of tools on a job site and ensures that they remain off at the end of the workday or when not in use.

Even certain applications can include the flashy function of managing the loan from a battery to a third party, since they can handle the time for which we want to lend it, at which end the battery will automatically deactivate. Certainly, with this functionality, the old saying of “Borrowed forever” it will cease to take effect.

Everything seems to indicate that battery technology will not stop at lithium. Manufacturers will continue to develop new, more durable and efficient systems with an eye toward larger capacities and smaller footprint. Charging time may also be significantly reduced, even completely eliminating the need for chargers to provide an alternative means of charging, for example by solar energy.

However, it is clear that the biggest challenge facing new battery technologies for cordless tools is economics, since a battery represents approximately half of the total cost of the tool. Until manufacturers find a way for users to upgrade to new technology, the adoption of new and sophisticated batteries will not be as fast as expected.

Keep reading in this link the article that complements a series of aspects that we must consider when we want to buy a cordless tool and we are not sure which battery is best for us.

What is the Service Factor in Welding?