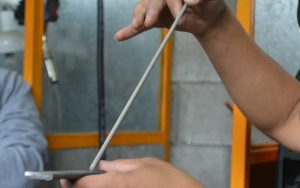 Welding electrodes are an omnipresent element in every workshop or factory metallurgical; There are coated, tungsten (for TIG welding) or wire for MIG welding. But, how are they recognized when welding? A good method is by colors on the electrode.

The color identification method is in effect for tungsten electrodes used in TIG welding, although it was also used for coated rods in arc welding until the 1960s, when the AWS established that for these electrodes a printed code system would be used. We will see both classification systems and what each color indicates.

Colors on the covered electrode (arc welding or SMAW)

colors on the electrode

This classification system was officially in force until 1964, the year in which the AWS established an alphanumeric code to identify coated electrodes. However, it is common to find colored electrodes if we are outside the United States, and in fact they are still manufactured using both identification systems, which facilitates the task of the welder.

It is important to note that, due to the lack of a worldwide standard, it is possible to find electrodes without this system, or with the cover tinted in any color. This color system uses three dots, located on the bare tip of the electrode (see Figure 1 below). 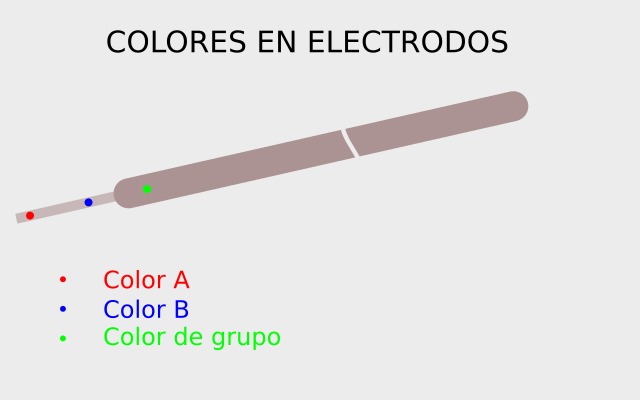 colors on the electrode

The group color indicates the table in which the primary characteristics should be searched. Colors A and B determine the specific type according to the AWS A5.1-69 code that we will see later.

The following two tables belong to the group of electrodes clad mild steel and other low carbon steels.

The last two groups of colors on the electrode they are divided into electrodes for direct current and for alternating and direct current, both for chrome and chrome-nickel rods.

AWS A5.1-69 standard for alphanumeric coding for electrodes

It is the standard used internationally to designate electrodes for welding and supersedes the code of colors on the electrode. The standard code for a Coated electrode, used in SMAW welding, is of the EXXXX-XX or EXTXXX-XX type, and consists of four parts:

The prefix E indicates that the electrode It is suitable for arc welding, or SMAW.

The first two digits in codes EXXXX-XX, and the first three in the form codes XXXXXX-XX, indicate the tensile strength:

The next two digits indicate the position that the electrode to the Weld (to understand the value of the last digit, see the table below, which indicates the composition of the coating):

The suffix indicates the approximate alloy that will result in the weld puddle:

For example, if we have a electrode With the name E6010 (the most common), we will know that it is an organic coating rod, with a steel core that resists about 4218 kg/cm² of traction, which only admits positive direct current. It will not have any color, because in its color code the three points appear unpainted.

The colors on the electrode E7028 will be two black dots (corresponding to colors A and B), and unpainted for the point that represents the group. Is a electrode with a steel core that supports 4921 kg/cm² in traction, low in hydrogen and with 50% iron powder in the coating, and that admits any polarity and current. 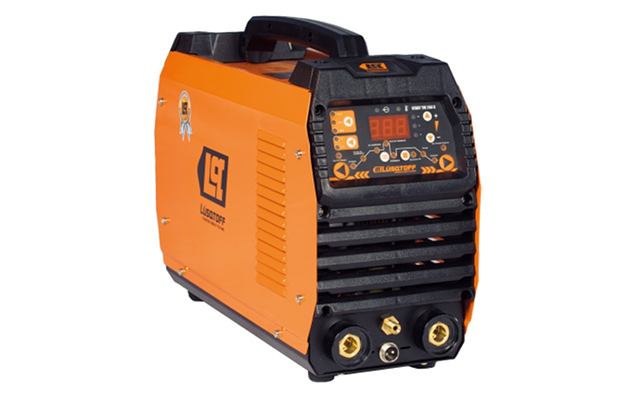 TIG welders have become popular in recent years, thanks to reduced prices and improved technology, which allowed these machines to be smaller in size and with a higher level of efficiency.

Unlike what happens with the coated electrodes, TIG rods have a simpler color coding that is fully in force. There are two sister standards that standardize these colors: AWS 5.12 and ISO 6848. Both have international validity, and are used nationally in different countries with almost no modifications. 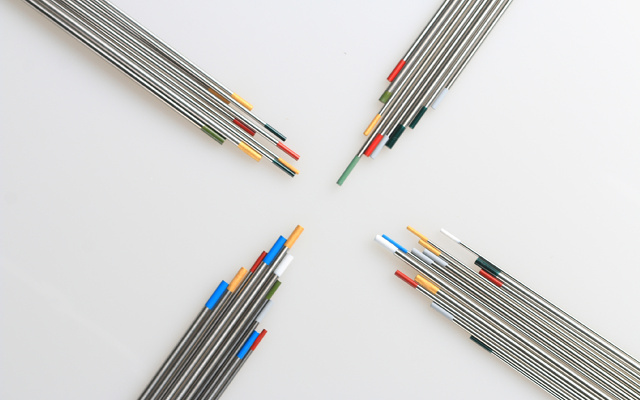 There are currently nine standard colors, and they indicate the alloy of the rod. The following table provides us with the necessary information.

The most common rod for TIG welding is white, followed by green. The colors on the electrode they are painted on one of the ends, as we can see in the photo above.

Safety scissors: what they are and how to choose them