Connectivity: how to use apps for a temperature chamber or thermodetector 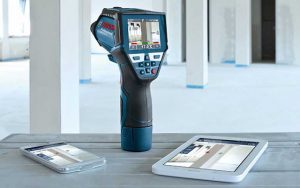 The apps for a temperature chamber They give us the possibility of working with the captures made (measurements and images) on the phone, tablet or computer.

The advantage of this is that, by downloading the data to these devices, it is possible to create spreadsheets and text documents, very useful for preparing complete and professional reports. Let’s see in detail how to connect the temperature chamber and how to take advantage of the connectivity.

Apps for a temperature chamber

As we have seen in other articles, the most practical connection method for apps of a temperature chamber It is through the Bluetooth protocol. All you have to do is press – in the temperature chamber – the button with that icon and look for it on your phone, tablet or computer.

Once the two devices are interconnected, the data can now be downloaded using the app’s interface, which also has other very useful functions. But what can we achieve with the connection? Let’s see.

This is very simple, and is achieved through the same app on the phone or tablet. According to the platform we are on (iOS or Android) and the brand and model of the measuring instrument, the function will have one or the other button, but almost always this function will be available within a main menu, as it is one of the more basic and necessary functionalities.

Data is generally downloaded in CSV (Comma Separated Values) format, allowing it to be exported to virtually all spreadsheet programs (Excel, OpenOffice Calc, Lotus 123, etc.). From all these programs the file is opened and the values ​​can be viewed in a spreadsheet, and from there, used for any calculation.

Photographs (if the instrument has this capacity) are also downloaded, generally in JPEG format, which can be opened with any viewer and embedded in Excel spreadsheets or Word documents; additionally it is possible to easily attach them to emails or upload them to websites. 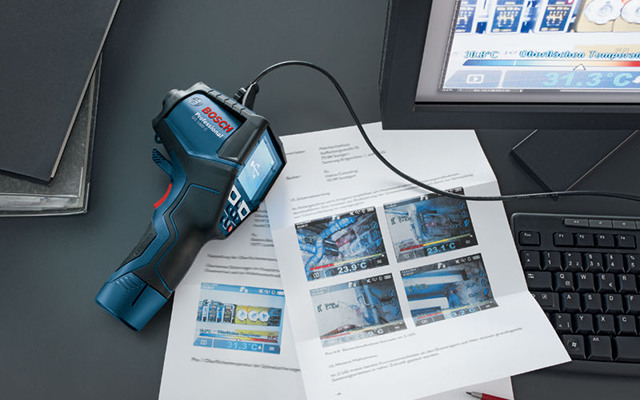 Report generation on a desktop computer. It is possible to embed the obtained photographs and write a report without the need for any additional software.

Another outstanding feature of these apps is the ability to generate reports almost automatically, through software that can be downloaded and installed on the computer.

This software takes the photos and measurements and dumps them into an already formatted template, so that you only need to write a few annotations to get a complete and neat final document.

Not all manufacturers offer this software, but most are already adopting this possibility, either as a module integrated into the app itself or as a downloadable and installable app for the computer. It is even possible that the app is available on a web page, so you only need to upload the data to obtain a PDF report.

What else can be done by downloading the data to a computer? 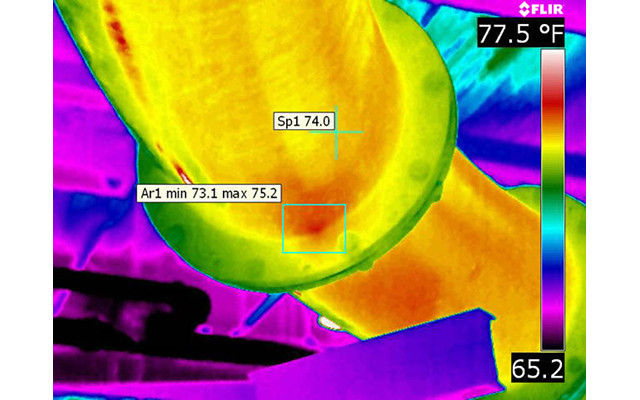 Photograph obtained with the thermal camera of other manufacturers. It is possible to add some basic annotations through apps.

In addition to the two basic operations (downloading the information and creating a report) it is also possible to do other things that are also very useful, although they require programs other than those provided by the manufacturers, but which are easily and free of charge.

Editing the images obtained with the apps for a temperature chamber pursues the purpose of highlighting a certain area either by placing the rest in black and white or by drawing a circle in the area to be highlighted.

This can be achieved with the use of an image editor such as GIMP, manipulating the selection of one region of the image and desaturating the rest, or by adding a colored ring to indicate an area of ​​interest in the image.

With this same program it is also possible to create small animations that show a photograph in real color and another in false color of the same place, to better understand which are the hot or cold places. The result can be exported as an animated GIF. In the same way, an animation with more than two frames can be created, interleaving photographs in different modes (if the temperature camera allows it).

Laser measuring tools and their application in carpentry

Disc cutters How to choose the most suitable according to use?

How to choose a Pliers?