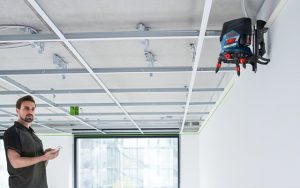 We have already seen in another note what this measuring instrument consists of and what its advantages are. We still had to talk about him intelligent control of a combined laser level, and what can be achieved with it.

As in other apps that offer connectivity with a laser leveling instrument, it is possible to obtain data and interact with the level; We will see these possibilities in more depth below.

Unlike other measurement instruments such as thermal imaging cameras, the intelligent control of a combined laser level offers fewer possibilities, but it is still important to know its advantages, since they greatly simplify the leveling tasks; So much so that it is well worth installing the application on your phone or tablet. 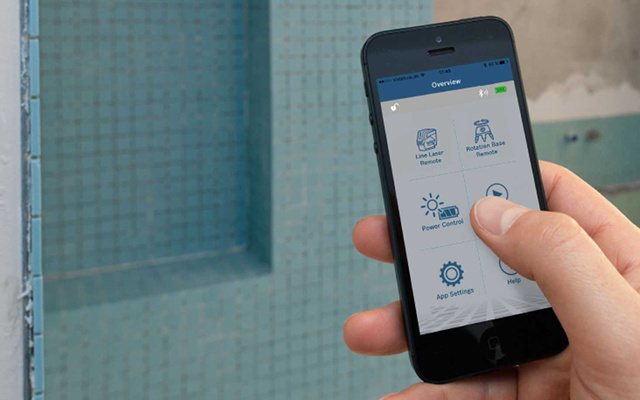 There are two great characteristics that the connectivity of this measuring instrument provides: the turning on and off of the laser lines and the control of the motors. 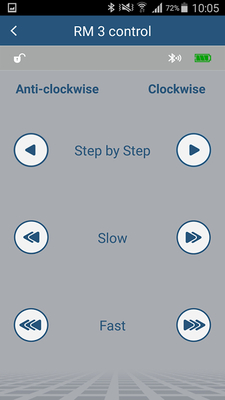 One of the problems that appear when working with laser levels is that, every time the position of the lines needs to be adjusted, it was necessary to go to the device, correct the position and return to the work area. If you were looking for a small mark made with a pencil, the operation could take several minutes to achieve the perfect positioning (and this if the operator had a perfect vision that would allow him to locate the mentioned mark).

With the advent of intelligent control of a combined laser level, this is no longer a problem; just take your phone or tablet and remotely position the lines using the motor controls.

The app allows three advance modes in two directions: ultra-fine (or step by step), slow (slow), and fast (fast). With stepper control the motors rotate a very small portion of a degree at a time, allowing very little feed of the lines in one direction or the other. With the other two controls a coarser positioning is allowed, especially for when the lines are far from the point of interest and only need to approximate them.

Some laser meters They already had a small remote control for this function, but doing it from the phone avoids having to carry many devices in your pocket.

In addition to controlling the motors it is important to also be able to control the way the laser lines are displayed, and the intensity with which they are projected. 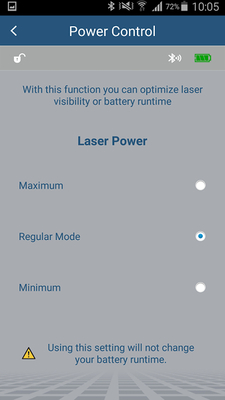 The laser is a special type of light, in which the photons are grouped in a coherent way in a very fine beam; this allows this light to be projected over great distances without the intensity decreasing noticeably. The problem with this is that it is not always good that the power output is maximum.

For example, in a sunny room it may be important that the projection is carried out at the maximum power available, to achieve good visibility of the lines; But in an internal room, where the lighting is artificial and does not diffuse to the entire environment, the maximum brightness of the laser can cause eye strain or glare due to its intensity.

In such cases the ability to control the output level of the lines is highly welcome, and manufacturers who offer intelligent control of a combined laser level They took note of this problem by solving it with the possibility of remote control of the power. Generally this is achieved with a discrete control of three levels: maximum, minimum and regular. 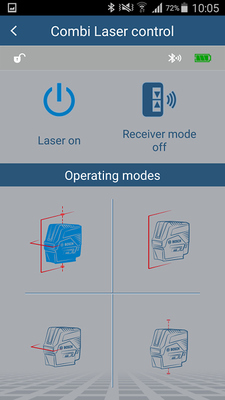 The other problem solved by the intelligent control of a combined laser level it is the control of the way the lines are projected. It is not always necessary for both to be projected; It may happen that it is only necessary to level horizontally or vertically, and the projection of the other line results in an undesirable situation (for example, due to the presence of a mirror that reflects the laser line, dazzling or confusing).

An additional feature offered by the remote control from the app is the possibility of silencing the auditory feedback messages offered by the laser level; This is useful when using the instrument to project oblique lines, where it would otherwise constantly sound the cliff alarm.

Finally, from the same app it is possible to turn the laser level on or off, thus considerably saving the battery in those cases in which the projected lines have already been used and it is not necessary to keep them on.

Introduction to the Compas

Cutting Drywall: What Cutting Tools Do You Need?