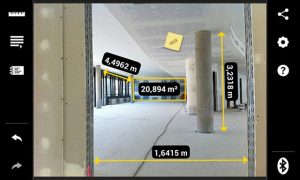 By connecting the laser distance meter to a device such as a smartphone or tablet, it is possible to access all the measurements obtained with it for later processing, or to perform calculations directly on them. But the possibilities don’t end there. Let’s see them.

Connectivity for the laser distance meter: what possibilities does it provide?

The job of the architect or engineer in charge of the work is to control that the measurements on the plan are exactly the same as those obtained on the site. It is, in general, who uses the laser distance meter to carry out checks during construction.

Now this task, even when performed with the help of a laser distance meter, it can be tedious if the list of measurements is long (and even more so when you need to calculate perimeters or areas). This need is what more than covers the connectivity between the measuring instrument and the phones or tablets; When connecting with each other, the list of all stored measurements is displayed, which can be downloaded for later use in a spreadsheet such as Excel, OpenOffice, etc.

How do I connect the laser distance meter to the phone or tablet?

The universal connection method is via the Bluetooth protocol, which does not require cables. Simply search the phone for nearby Bluetooth devices while pressing the button for that protocol on the meter. 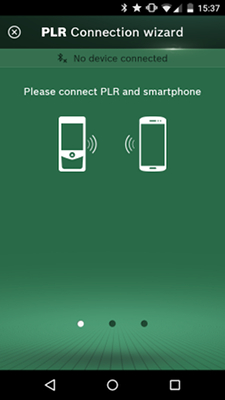 The name of the meter will appear on the phone, and by pressing on it, as with any other device, the stored data will be accessible.

How are measurements downloaded? 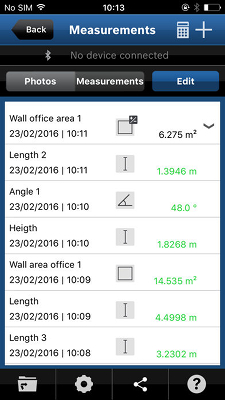 According to the app, the brand and model and the device that we are using, the way in which the measurements will be available for download will depend. Normally connecting both devices produces a synchronization, and all measurements are stored on the phone or tablet. 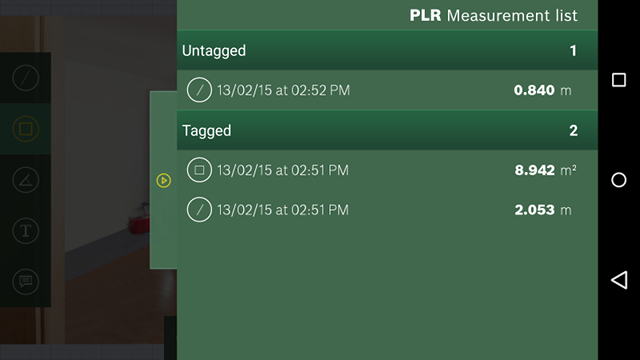 From there it will be possible to export them in various ways; one of the most common is as a CSV file, which can be opened with any spreadsheet.

What can be done with the measurements once on the phone or tablet?

There are three work possibilities, which make the connectivity of a laser distance meter a powerful work tool: the creation of simple plans, the calculation on the fly of perimeters and areas, and the dimensioning of photographs with those measurements.

It is important to understand that in any of the cases the data remains stored on the phone, so if the spreadsheet or copy is deleted, it will always be possible to recover them from the phone or the laser meter itself. 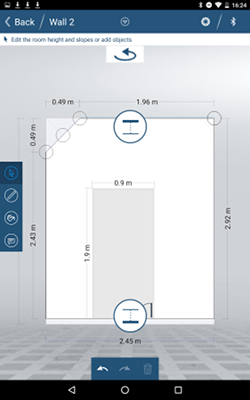 With the measurements already downloaded it is possible to create a simple plan and place the necessary dimensions on it. The app allows you to draw different lines on the plane, modify the angles, and so on.

Once the outline of the room or the walls of the house has been drawn, the measurements obtained with the instrument can be dumped onto the generated plane. 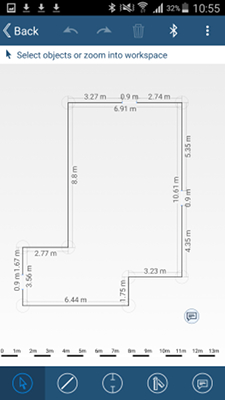 It is important to keep your measurements organized by using labels, which are short names or descriptions that are associated with each measurement; in this way it is possible to filter the list using those words. Then, from the same app, you can use the measurements that satisfy that criterion (the search word) or combine two or more of them.

Once the plan is finished, it can be exported in different formats, including PNG, JPG and in some cases PDF.

Calculation on the fly 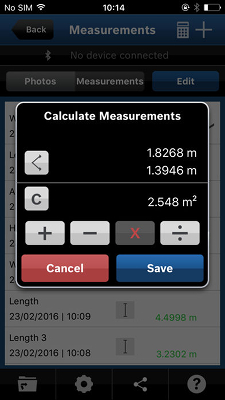 Another powerful feature of the apps for phones and tablets is the ability to perform calculations directly from the list of measurements; simply drag and drop one measurement over another to open an interface similar to a calculator, from where you can choose between calculating the sum or subtraction of those measurements, the perimeter or the area.

This function is especially useful for those cases in which you plan to make a renovation, and you want to know in advance the surface that a carpet, a new room or a table will occupy. Also to quickly know how much paint a wall will require. 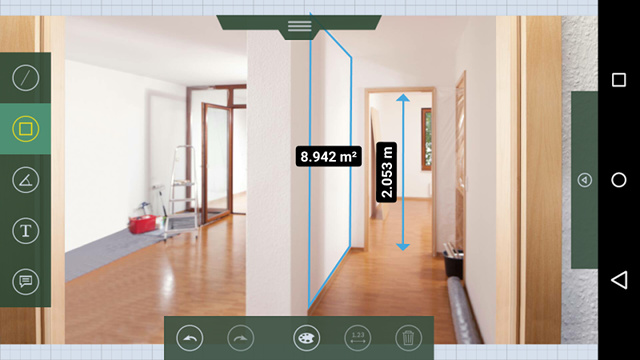 Many construction or spare parts companies require documenting the before and after of a work, either due to contractual obligations or simply to leave reliable documentation to customers.

The possibility of making annotations on a photograph is an important aspect of this documentation, and with these apps it is possible to make them quickly and directly, choosing the necessary measures from a list.

How to use a pruning saw?