How do pneumatic demolition hammers work? 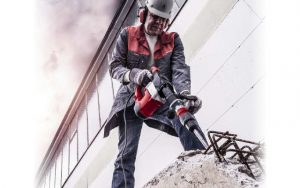 In any work under construction or renovation it is necessary, at some point, to demolish a wall, strip a floor or remove concrete anchors or rocks on the ground; the pneumatic demolition hammers They are intended to apply in all these cases.

This pneumatic tool – which superficially resembles a drill – strikes surfaces many times per second, thus producing a vibration that is what causes fractures in rocks or concrete. In this note we will focus on the principle of operation.

The demolition hammers Pneumatic tires differ from drills in that they do not provide a rotary motion on the cutting tool, but rather a back and forth reciprocating motion, at a rate of approximately 30 cycles per second and a feed of a few millimeters. This causes vibration and pressure at the tip of the chisel, causing any rigid material, such as concrete, rock, and other aggregates to fracture.

Internal Mechanism of the Demolisher 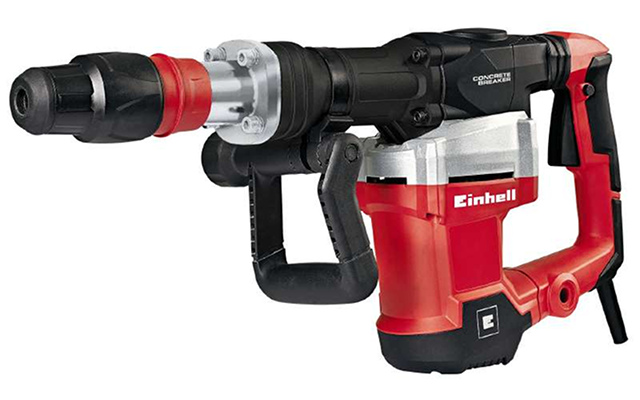 The demolition hammers Tires (which, as we saw, are powered by electrical energy) consist of three stages of operation.

The first is energizing your electric motor, which occurs when you press the ignition switch. The motor begins to rotate and transmits the torque to a pinion, which in turn rotates a gearmotor. This is the second stage, where the angular velocity given by the motor is converted – by means of a gear train – into a reciprocating movement. The third stage consists of a piston, moved by the reciprocating of the previous stage. This piston is the one that provides the impact on the tail of the chisel, and it is there, in the cylinder, where the pneumatic action itself takes place. We will see this conversion in detail below

After reducing the revolutions per minute in the reducer, a reciprocating disk transforms the circular motion into a commuted linear motion. This linear movement is used to move a piston that is held captive within a variable-stroke cylinder.

The piston has no associated connecting rod; it has freedom of movement within that cylinder. It has a reduction on its head, designed to strike against a similar reduction on the hammer on the opposite side of the cylinder. East hammer It is the one that in turn hits the tail of the chisel.

To force the piston to hit the hammer, the aforementioned reciprocating disk moves a movable section of the cylinder, causing it to increase its stroke. In turn, the disc moves a small compressor, which according to its position increases or decreases the pressure inside the chamber between the moving part of the cylinder and the piston.

As the cycle is reversed, the compressor removes air from the first section of the cylinder, while allowing the second section to fill with air at atmospheric pressure. The pressure difference moves the piston to its initial position, and the cycle repeats over and over again. 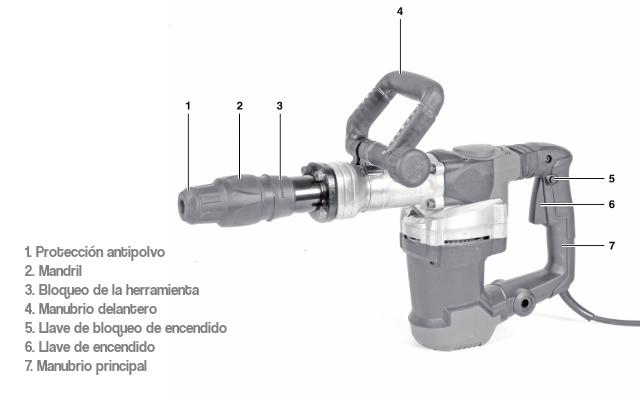 The demolition hammers tires consist of seven main operating parts: the nozzle, which is composed of the chuck, the chisel lock and the dust guard; the fasteners, of which most models come with two (to prevent the machine from accidentally sliding); and finally the switches, which are the ignition switch and the lock (a safety device to prevent accidental switching on while it is not being used). 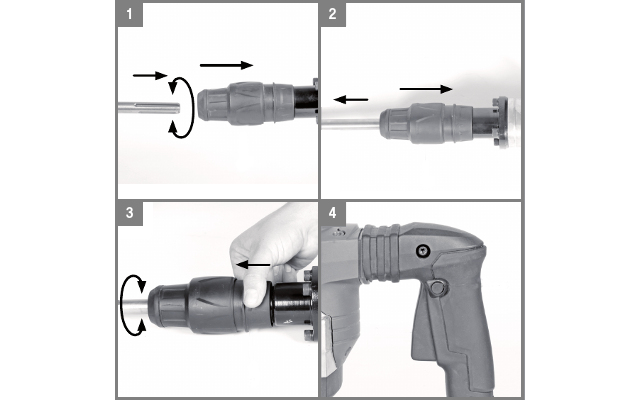 To change the tool (the chisel) it is necessary to unplug the machine first (to be sure that it will not be accidentally activated). The tool lock is pulled back, the chuck is unscrewed, and the chisel is removed.

The switch lock should always be in the locked position except when the machine is to be used.

We have then seen the basic principles of Demolition HammerNow let’s continue learning more about machines and tools!

How to calculate the paint we need to paint?

How to weld stainless steel?