How does a generator or generator set work and be used correctly? 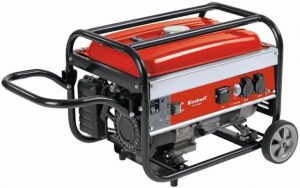 The Electric generator or group generator It is one of the devices with the highest demand on the market, due to its ability to convert mechanical energy into electrical energy.

The generator set or generator is a device designed to be able to maintain a difference in electrical potential between two of its points, called poles, terminals or terminals. What allows the transformation of mechanical energy into electrical energy. The transformation is achieved thanks to the action of a magnetic field, on the electrical conductors located on an armature, known as a stator. When a relative movement occurs mechanically between the field and the conductors, an electromotive force (EMF) will be generated.

The system of a Electric generator it is based on Faraday’s law.

How does an electric generator or generator set work?

As we have just mentioned, the fundamental basis of the operation of a Electric generator or generator set, is in the Faraday Law. This law establishes that in order for an electric current to be generated, exist a movement between the magnetic field and the conductor, since “the voltage induced in a closed circuit is directly proportional to the speed with which the magnetic flux that passes through any surface with the circuit as an edge changes in time”.

That is to say, that the Electric generator or generator set uses a magnetic field to create electron motion and produce electrical energy.

When assembling the conductive coil to a direct electrical current, a change in the flux of the magnetic field is obtained, which interacts with the poles of the magnet and causes the coil to rotate on itself, producing an automotive force with the ability to transform itself into electrical energy. .

If an external circuit is connected to the coil terminals, this voltage will create current through this circuit, which will be energy that will be transmitted to the load. Therefore, the mechanical energy that makes the coil rotate is transformed into electrical energy.

In a little more detail, the coil is made up of rotating spirals. With this rotational movement, the spirals cut the induction lines of the magnetic field with their tips, at the same time that they introduce and maintain the current while they are in motion. For its part, the group of brushes are in charge of externalizing the generated current. It is also part of the Electric generator or generator set, the collector consisting of welded rings.

In order to function, the current that the generator provides to the outside through the brushes, reverses its direction each time the coil rotates half a turn. When this happens, the intensity increases from zero to a certain value, then decreases until it reaches zero again and varies its value in the same way.

The Electric generators They use fuel, diesel or natural gas, to work.

The larger generator sets At 1 kW of power, they generally have a battery and an electric starter. Very large units can be started with compressed air, or with an air-activated starter or fed directly into the engine cylinders to initiate engine rotation.

There are two main types of generator sets or generators:

Other types of Electric generators or generator sets are as follows:

It is the one capable of filtering the sine wave, to create a pure wave with the required magnitude and frequency, thus overcoming the negative and positive elements. I mean, this generator allows the regulator to emit a stable electric current that neutralizes the vulnerability of electrical appliances and household appliances, against scattered and poor quality sine waves.

Is a generator or genset sinusoidal for the production, distribution and consumption of electrical energy made up of two terminals, and a single alternating current that conducts a single 110-volt line.

Is a generator sinuidal formed by three single-phase alternating currents, which are connected in a triangle or in a star. They have a higher performance than receivers, especially in engines.

In the particular aspect they are used as emergency devices, to have electrical power when there is an interruption in the standard electrical supply.

On the other hand, Electric generators They are used to provide electrical energy in places where it is not available, be it remote villages, caravans or camping areas, and as a complement to solar panels, when solar energy production drops due to climatic reasons.

In the industrial aspect, Electric generators They are also used as automatic emergency systems, to provide energy to hospitals, schools, institutional buildings or factories, as well as in sectors where work is carried out in places far from a main electrical network, such as construction or mining.

How should an electric generator be used?

The correct use of a Electric generator or generator set It will vary according to the model of the same.

For models that do not work with diesel, it is best to use them for less than 6 continuous hours. If its use is required for a longer time, the generator in 40 minute intervals.

The Electric generator it should not be used in unfavorable weather conditions, such as rain or high humidity condensation. In these cases, the device must be covered leaving space for its ventilation. On the other hand, it should never be installed on a wet surface.

The generator or generator set It should not be used with a full electrical load. It must be determined which devices are the priority use, and use only these.

In the event that it is required to connect an electrical extension, the wiring size must be verified, and it must be validated that it has the adequate amperage.

As part of the proper use of a generator, preventive maintenance should be scheduled. These should include a check of the oil, fuel, air filter, levers, hoses, as well as all visible components, to ensure the good condition of the device. Additionally, certain criteria must be taken into account when installing the electric generator. 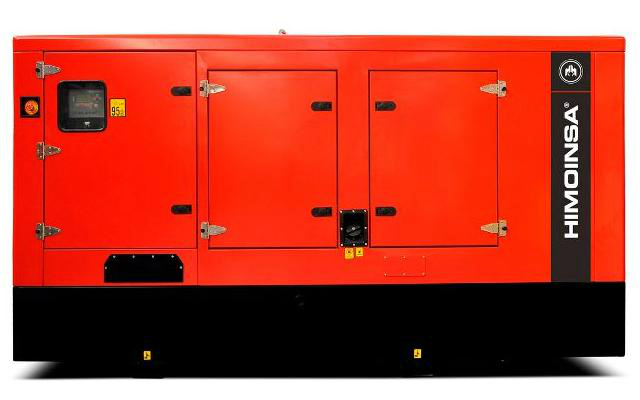 Starting process of an electric generator

Before starting the boot process of the Electric generator or generator set, it must be verified that everything is in adequate condition. The oil level, the battery, the coolant level should be checked, a visual and general inspection should be carried out.

After the general revision, the Starter or Choke of the generatorThis is since you are working with a carburettor engine, which needs to be optimally heated. Then the ON button is pressed or moved.

To continue, the fuel stopcock must be opened. This valve must be closed when the generator not in operation.

The next step is the ignition or start-up, and it will depend on the model of the Electric generator. A start or START button must be pressed, a key turned, or a starter rope pulled firmly to make the starter generator or generator set start working. After it warms up a bit, the STARTER can be left OFF. At this time, the generator can be used.

To turn off the generator, you must press the START button or turn the key to OFF, then you must turn the fuel cock to OFF.

The Electric generators They are very useful devices, since they are specially designed to produce the electrical energy required to operate any equipment that works with that energy, when the usual source of electrical energy is not available.

Parts of a Caliper or Digital Caliper

How do Electrical Transformers work?