How important is amperage on a battery? 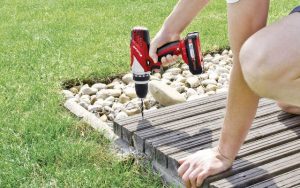 With the technological advancement of lithium ion batteries, more and more power tools are using them: drills, grinders, edgers and laser levels are just a few examples.

We saw earlier what a battery is and how to choose it; In this article we will cover in depth a fundamental aspect when making the choice: the call capacity, which refers to the capacity of the battery to provide a constant current flow for a specified time.

It is necessary to correctly understand the difference between the intensity of an electric current and the energy it gives in a given period of time. Also the difference that exists with the voltage or voltage, and what is the relationship between both magnitudes.

The coulomb is a unit YES (International System of Measurements) that measures electrical charge. One coulomb equals the electric charge of 6.242 × 10¹⁸ protons.

The watt is also a unit YES, and measures power (understood as energy transfer); 1 W is equivalent to the transfer of an energy of 1 J (one joule) per second.

What does this all mean? And what implications does it have on machines and tools?

To understand these concepts a little better, let’s consider a concrete and everyday example: a drill, which has an electric motor whose power is 1000 W (1 kW). Connected the drill to an outlet that supplies 220 V (volts), a current of approximately 4.5 A will be generated between the terminals of the outlet.

Now we are in a position to better understand the unit Ah (Ampere / hour): it is a unit that is commonly said to measure the capacity of a battery, although formally what it indicates is the electrical charge that it delivers. In order not to be confused with the capacity itself (which is expressed in faradays), here we will talk about electrical charge per unit of time.

A Ah (ampere / hour) equals the charge transferred by an electrical current of a ampere flowing evenly for an hour; this is equivalent to saying that it is an electrical charge of 3600 C distributed evenly throughout an hour.

A battery whose capacity is 3600 Ah will deliver an electrical current of 3.6 A stably over time. Now, what happens when the battery starts to download? Here it is necessary to understand that it is not enough to know that the battery delivers 3.6 Ah; the discharge factor must be taken into account.

The carrying capacity of a battery is expressed as the product of the electric current that a battery It can supply uniformly for 20 hours at a temperature of 20 ° C without falling below a certain voltage between terminals.

For example, a battery 3.6 Ah and 18 V will deliver 0.36 A over 10 hours if the ambient temperature is kept at 20 ° C, without falling below its nominal voltage of 18 V. If the power requirements are higher, will be able to deliver, for example, 3.6 A for one hour, after which the voltage will start to drop as the battery is depleted. 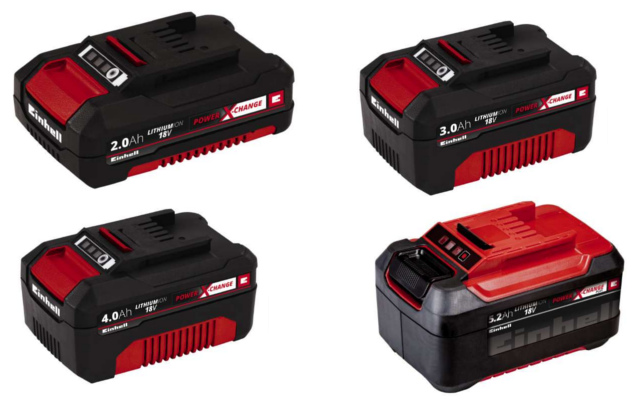 The consumption of a laser level is not the same as that of a cordless drill. In both cases, it is necessary to understand which factors are the most important when choosing a battery appropriate in relation to price / performance.

First of all it is important to know in advance that there is no standard for batteries of power tools; therefore, each manufacturer implements its own designs that may even vary between models.

As a general rule, the higher the capacity, greater the number of hours than the battery It will provide energy in a usable way without the need to recharge it. Thus, a battery 4 Ah and 18V will power a cordless screwdriver for a whole day with moderate work.

Every day the cordless toolsHence the importance of knowing about batteries in order to correctly choose the one that best suits our needs.