How much faster is a laser meter vs. a tape measure? 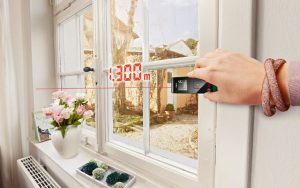 With the evolution of technology the instruments o tools work have also advanced, providing users with greater facilities and advantages when executing a task.

A clear example of the technology applied to a tool The working standard is represented by the laser distance meter, which can be said to be the evolution of the traditional tape measure or tape measure.

Tape measures have always been one of the most used instruments both in homes and in professional work areas. However, they imply certain conditions for their correct use that disappear with the arrival of the laser meter.

Due to the essence or nature of both tools work, it is inevitable to compare them. To have a slightly more detailed view of one and the other, we will talk a little about their functions and ways of use:

One of the main conditions for the use of the tape measure is that it must be used between two people to make measurements between extended distances, on uneven or difficult-to-access surfaces.

Likewise, when executing height measurements or vertical measurements, the additional help of another worker is necessary to prevent the tape from bending, to ensure that it remains perfectly aligned in the vertical direction and to obtain an adequate measurement. 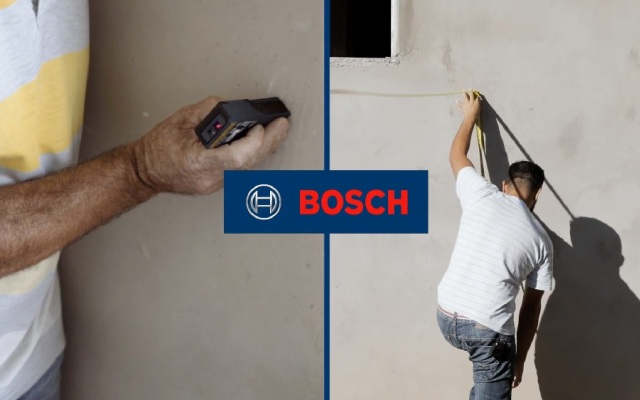 Great care must also be taken to minimize or eliminate the catenary (the curve formed by the tape measure when it rests on its ends and hangs under its own weight) while taking a measurement. Otherwise, the measurement would be carried out with errors.

On the other hand, tape measures are finite, so it is very common that measurements of great distances must be made in parts. Marking the surface and adding the fractions of measurements made to obtain the total measured.

Also known as EDMs, laser meters can be used by a single person and perform the task with the push of a button.

It is enough to point the device from an initial point towards the end point, to obtain the distance between them. The measurement obtained is projected on the screen of the measuring instrument, which is usually LED. 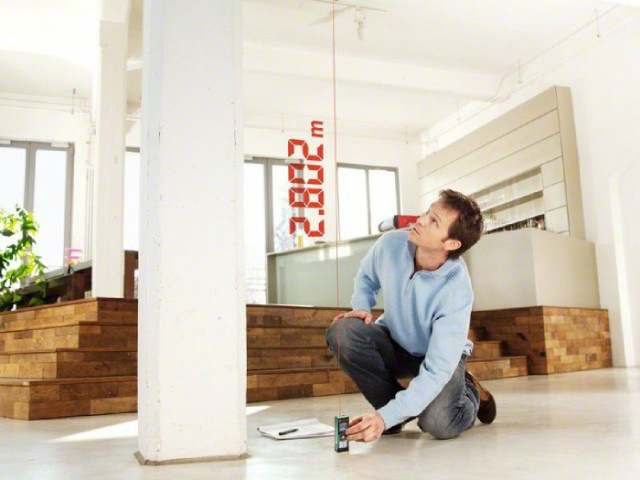 With the use of a laser meter, the support of a second worker is not necessary. Height measurements can also be made with ease and precision, as well as measurements in hard-to-reach areas.

Another advantage of this tool, is that it is not necessary for the user to expose himself in hazardous areas. The instrument can be held somewhere and activated without the need for the user to hold it in their hand.

Ease of use is one of the most attractive features of this device. And for added benefits, some models have an illuminated display to facilitate reading the measurement, even in places with low light. They also have additional functions for storing measured distances, and are ergonomically and conveniently designed to carry them comfortably in your pocket.

They also have a much greater reach than most tape measures. Laser meters can have a range of 20 meters. 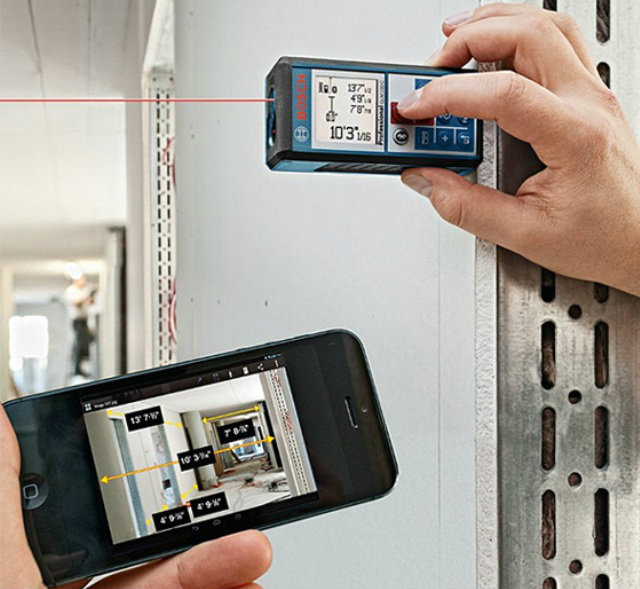 Additionally, some more advanced models work with an application that allows the transmission of measurement information to mobile devices or personal computers.

Taking into account all the factors involved in the correct use of a tape measure, it is evident that the execution time of a measurement is much higher with this tool than with the use of a laser distance meter.

What used to involve an average of ten minutes of work between two people can now be done in just two or three minutes by a single user. 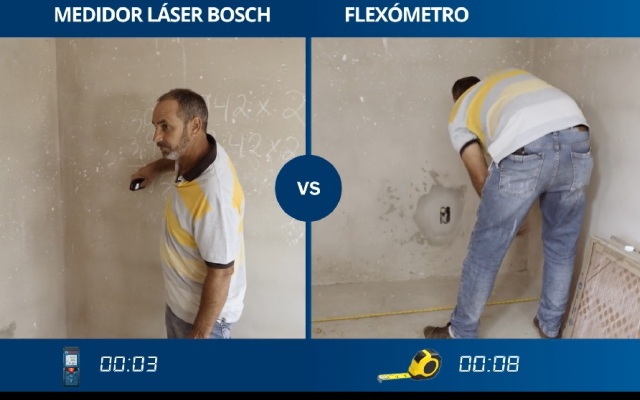 Not having to record partial measurements, not needing additional help, not having to mark surfaces or extend the tape from one place to another, among other aspects, considerably reduce the working time during a measurement carried out with a laser meter. . In fact, working time is cut in some cases to less than half, compared to using a tape measure.

These are some of the advantages that technology applied to work instruments offers us.

Laser Level How to level and position floating shelves, shelves and brackets correctly?