How to choose a Tool Box? 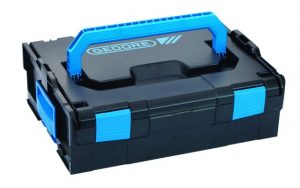 In all trades, workshops, industries and even homes there is a Toolbox which is essential. From the simplest and smallest to the most sophisticated and large, they are a useful resource for storing and transporting both hand and power tools, as well as countless accessories, from nails and screws to nuts, washers and a host of other items.

The first toolboxes they appeared about 150 years ago and were basically large trunks of wood. Later a portable size was built consisting of an open wooden box provided with a handle to carry it. In the 1920s wood was gradually replaced by metal and for a long time there was a boom in metal boxes for tools. Only in the late 1960s did the plastic broke into the industry toolboxes, not precisely as a technological innovation, but because the material that was already standard in an active market in particular was being adopted: that of fishing boxes.

Today the toolboxes not only fulfill the basic function of save Y transport tools, but also of organize them. That is why there is a wide variety that requires a detailed analysis to select the Toolbox that best suits our needs.

In this article we are going to face this analysis based on a series of main parameters that characterize the class of Toolbox to choose.

Regardless of size and type, toolboxes that we can currently acquire in the trade are made with some of the materials that we mentioned above, as well as others. In the following table we see a detail of these materials and the types of tool boxes that currently exist.

This feature is related to the size of the Toolbox and its ease to transport it from one place to another. In view of this, we can distinguish the following types of boxes:

to) Stationary or trunk/chest type boxes

They are generally made of steel or reinforced plastic and are the ones usually found in large garages, gardens and workshops, especially car repair shops. Some models may include wheels on the bottom, although these are not intended to help move the box around the shop. Rather, they fulfill the function of facilitating the location of the box, allowing periodic cleaning under it and, at the same time, keeping it separated from the floor so that it does not come into contact with fluids or even stagnant water. The advantage of these boxes is that they allow you to store a large number of tools of all sizes and types. The disadvantage is that, for this reason, they are very difficult to maneuver once full and take up considerable space. 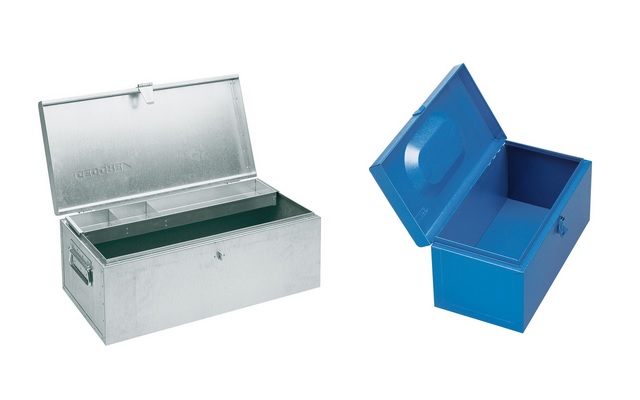 This group encompasses various sizes of boxes built with any of the materials we have seen. We can subdivide them into: 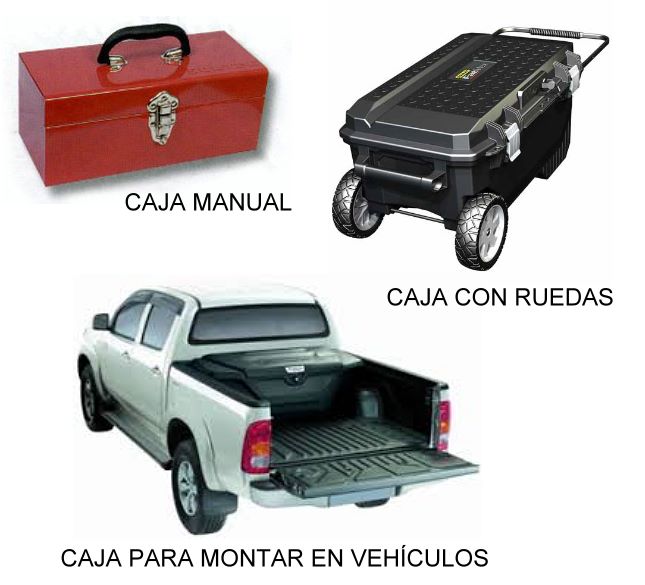 As we stated earlier, the toolboxes current not only allow to store and transport the tools, but also organize them, occupying the least possible space and/or providing the greatest possible utility. So we have toolboxes, from the smallest to the largest, which fulfill various functions, among which we can highlight the following types.

to) Boxes with removable tray

Whatever the size and type of box, many models feature a tray with a handle that can be completely removed from the box to access the tools stored at the bottom of it. That removable tray is divided into compartments that allow you to organize tools small or accessories. 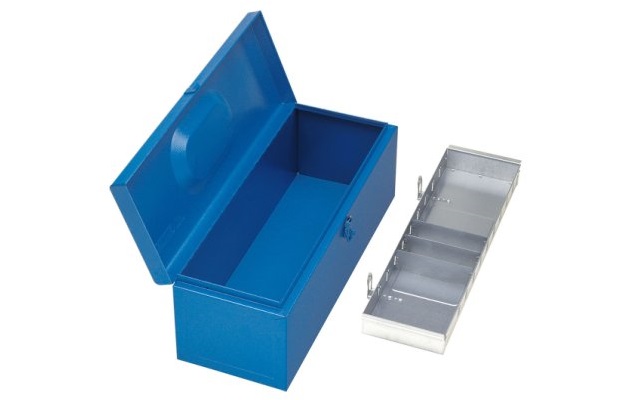 b) Extendable or “cantilever” type boxes

These boxes also incorporate trays with compartments, but unlike the previous ones, the trays cannot be removed, but rather cantilever fold inside the box itself, forming stacked shelves that can be unfolded to allow simultaneous access to the boxes. tools or accessories arranged on multiple levels. This type of mechanism is known ascantilever”, whose advantage is its large storage capacity in a small space. In addition to cantilevered trays, some models also feature small drawers that allow various accessories to be stored and sorted. Electricians, plumbers, locksmiths, electronics and appliance repair technicians find these types of boxes very useful. 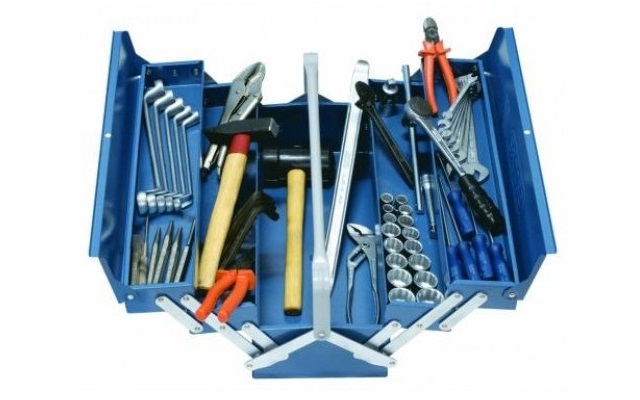 Those who want to spend a little more, but in return get a sophisticated tool of work can choose toolboxes with wheels, which at the top offer a wide and smooth surface to use as workbench. They are made of metal or high-strength reinforced plastic, can incorporate drawers and cantilever trays, and are an excellent option for moving our entire work team around the workshop, garage or other large places. The great advantage of these boxes is their versatility, but on the other hand, they are expensive and cannot be moved beyond the workshop or a nearby area. 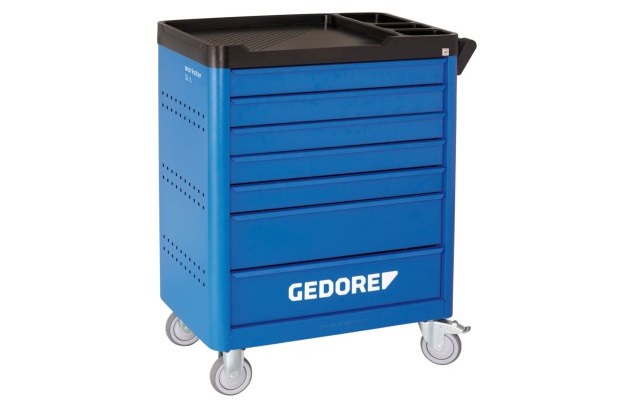 Both stationary and large movable boxes can have a horizontal or vertical design, in what is generally called a cart and essentially resembles a modular wardrobe with several compartments that can even be disassembled.

They are generally stationary, made of metal or reinforced plastic and have a multiplicity of drawers and compartments to classify a large number of items. tools and accessories. They are very useful in workshops and even in gardens. 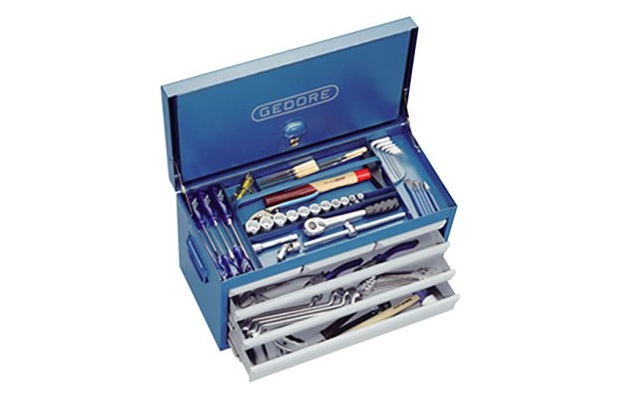 They generally consist of a lower module with wheels that contains one or more stackable boxes and/or drawers for storage. tools large, and an upper module, sometimes provided with a telescopic handle, which contains one or several stackable boxes and/or smaller drawers to store keys, bits and screwdrivers, for example. In mechanical workshops, these vertical trolleys can be transported to the vehicle to have the tools by hand. They are also useful in factories, companies that offer product repairs, garages or larger home workshops. The advantage of these carts is that they can store a large amount of tools of all types and sizes, and that can move around the garage or workshop, although only for short distances. 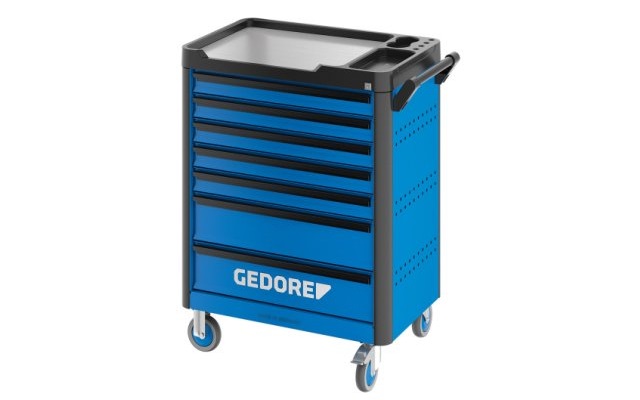 The best option of a Toolbox It depends on the intention of use that we have. Based on what we have just seen, each one can decide on the Toolbox most suitable according to their needs and specific type of work, since it is evident that the tools that must contain a box intended for an electrician, for example, are not the same as those contained in a box intended for a carpenter. In other articles we will delve into details in this regard.

Finally, below a video to know how to make a toolbox

How to avoid hand and finger injuries in the workplace?