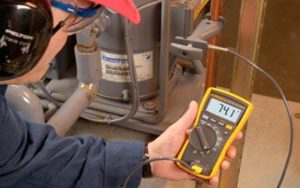 The electrical signals They govern almost every electrical device that we see around us. From a simple lamp to a complex machining center, all of them need a signaling system to a greater or lesser extent in order to function properly.

The electrical signals They can also be understood as the different levels of voltage, current, resistance, capacity, inductivity, impedance and others, which we can measure using different instruments. In this article we will see the difference between both concepts, and an introduction to each of those cases.

The first meaning refers to the different characteristics – measurable – that electricity possesses: the potential difference, the intensity of the current, the resistance offered by a certain element in its path, the frequency in the case of alternating current, the impedance, inductance, and so on.

To obtain these parameters we need instruments such as the voltmeter, the ammeter, the ohmmeter (or megameter if it is very high resistances), the oscilloscope and, in general, the multimeter, which is an instrument that allows the measurement of several of these. parameters without changing the instrument.

The International System of Units (SI) is a standard, accepted worldwide, that establishes both the names of these units and their values. For example, voltage should be measured in volts, intensity in amperes, resistance in ohms, capacitance in farads, inductance in henrys, frequency in hertz, and so on.

Most common instruments to measure these signals

It allows to measure the potential difference, or voltage, between two elements of an electrical circuit, and expresses the resulting measurement in volts or volts. 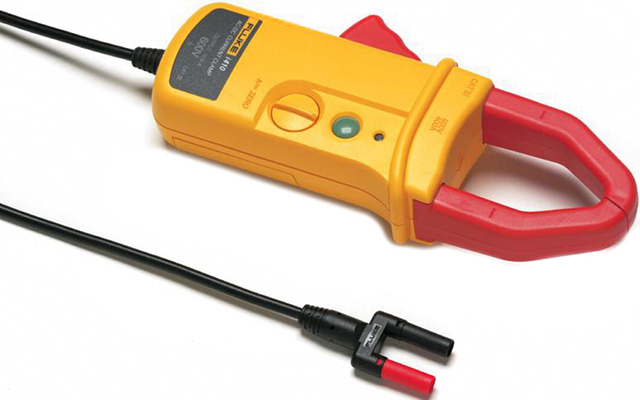 This instrument measures the electrical current between two elements of an electrical circuit, expressing the measurement in amps or amps. 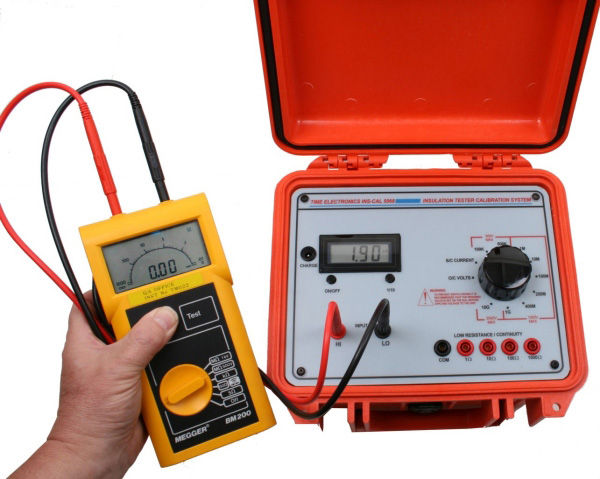 Measures the resistance between two terminals or points of a circuit or an element, and expresses the result of the measurement in ohms or ohms.

It fulfills the same function as the ohmmeter, although it is an instrument specialized in large resistances, so it expresses the measurement in millions of ohms, that is, megohms or megohms. Some instruments can even measure gigaohms, teraohms And till petaohms. 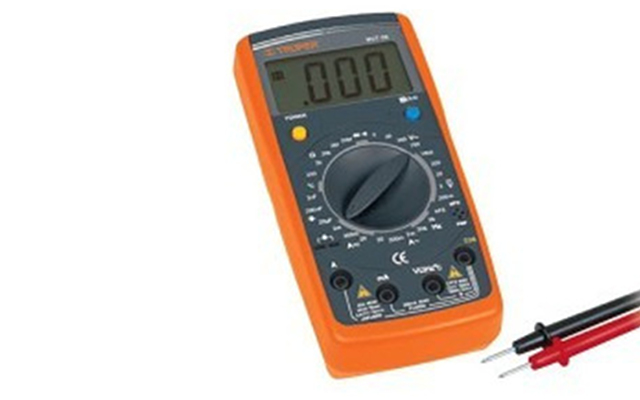 It is an instrument that allows to measure voltages, currents and resistances on its own, and sometimes offers additional specialized measurements, such as capacity (in farads), frequency (in hertz), inductivity (in henrys), etc. It is only necessary to apply its terminals in different points of a circuit; Sometimes the instrument requires placing one of the test lead terminals in a secondary socket (for example, when it is necessary to measure high voltages, on the order of kilovolts).

The second meaning of this phrase refers to the signaling of different events by electrical impulses: pressing a key turns on a lamp, stops a motor, starts a machining cycle, and so on.

A good example of electrical signage is in computers; Although they are very complex artifacts to be analyzed here, we can say that all the operations they perform occur thanks to the fact that an electrical signal reached a certain circuit and produced a output or departure.

Another example, which is more appropriate to deal with here, is that of the sensors used in different industrial and household machine tools: the limit switch in a hydraulic press, when pressed, immediately stops the motors and prevents breakage of the machine; the infrared laser in the elevator door prevents the operation of the doors and motors, thus preventing accidents; Inductive sensors on the side of a production chute – at the exit of a conveyor belt – allow the items that pass through there to be counted, and automate the production accounting process for that machine.

As we saw, there are different types of sensors and elements that act by emitting or receiving electrical signals; We will see the most common below. 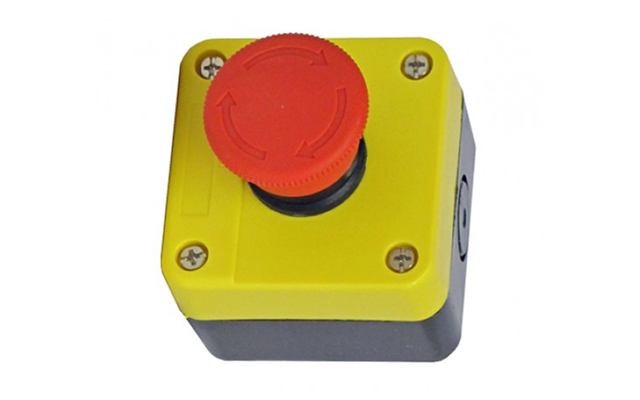 An example of a switch is the emergency key that every major machine tool has, to allow its immediate stop in case of danger. 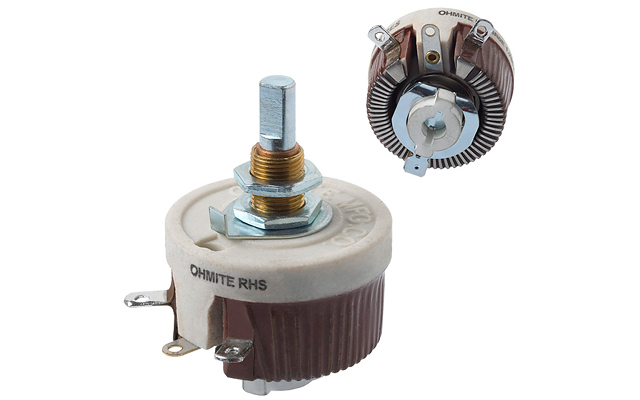 A rheostat is a special type of switch that, in addition to allowing or preventing the passage of an electric current, allows its attenuation by means of a variable resistance.

They are used, for example, in some analog controllers for CNC, or to vary the speed of a direct current motor in analog form. 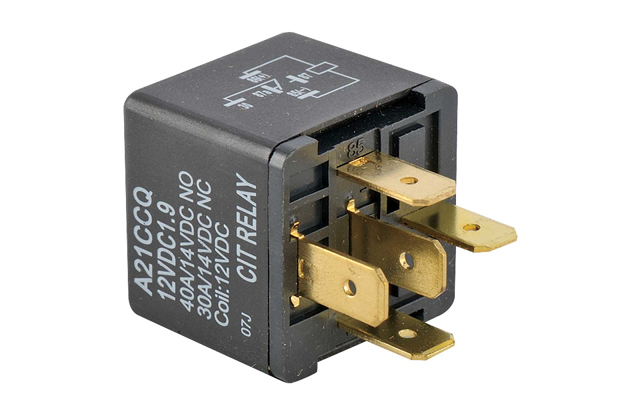 The relays can be normally open or normally closed and, of course, have more complex functions, or more signal inputs. For example, the relay that allows to operate a rocker is only activated when it receives two signals, coming from two normally open switches, arranged on the sides of the hammer; in this way, accidents due to distractions are prevented by forcing the operator to press both switches to make the machine work.

In addition to pushbuttons and relays, there are devices that emit or not an electrical signal according to the presence or absence of a certain physical phenomenon, which can be a change in a magnetic or electrical field, the presence of light, the change in the electrical resistance, certain temperature, and so on. 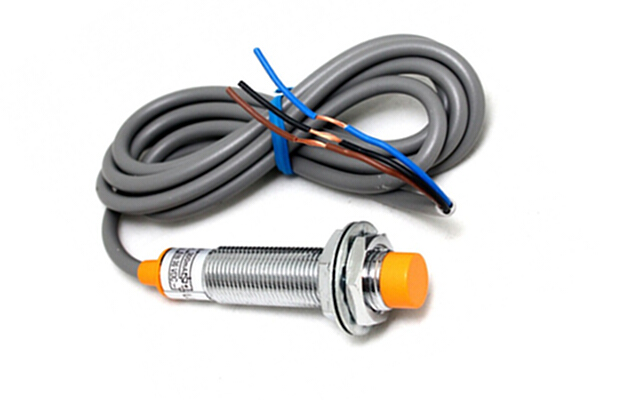 They work based on changes in a magnetic field. An example can be the sensor placed in some old public telephones, although today they are used for the detection of ferrous metals. They are especially useful for detecting the correct positioning of tools, for example.

They work in a similar way to inductive ones, although they have the advantage of being able to detect non-ferrous and non-metallic materials. They are used to detect humidity, positioning and passage of elements. 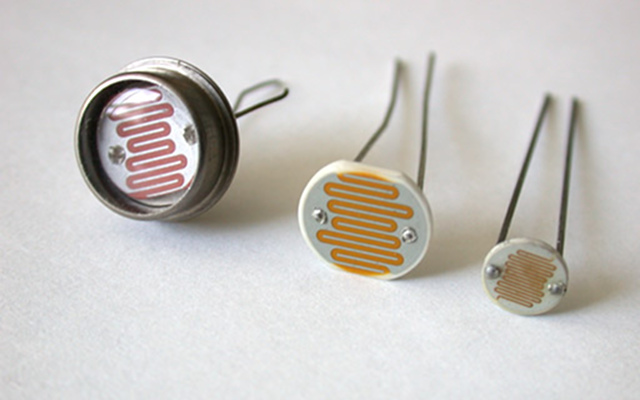 They detect changes in resistance between their terminals. Its most common use is to detect metal in a sieve, such as old public telephones or bus ticket offices, which allow the resistance of a currency to be measured before accepting or rejecting it.

Within this subcategory there are two models: thermostats, which interrupt or allow the passage of current when a metal sheet expands or contracts (due to temperature) and thermocouples, which vary the passage of a current as the welding point is heated between two different metals. The first is passive — it does not require external power — while the second requires the passage of a certain current in order to provide a reading. 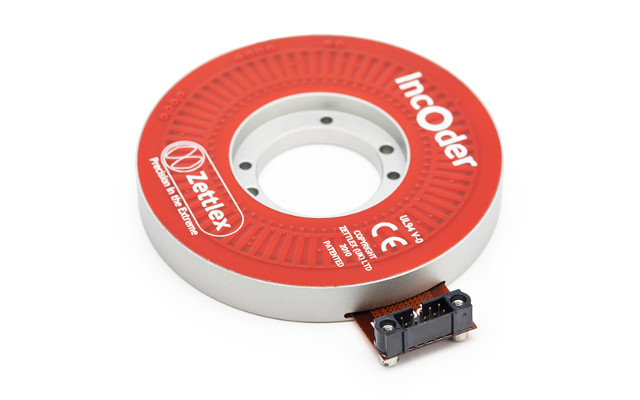 They are instruments that allow encoding a value or a input on an electrical output current. A simple example is the disk of the old pulse telephones: when one dialed 0, for example, the disk opened and closed the circuit ten times, producing a series of rapid impulses on the telephone line, which allowed the remote operation of the centrals.

Another, more industrial example is that of positioning encoders, which are used in machining centers to read the position of the turrets, tools or plates at all times.

What is a Borescope?

What is an eccentric sander and how to use it

What is a wire stripper and what are its types?