How to use a crown saw or crown saw? 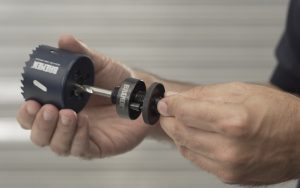 We recently published this technical article in reference to the Copa Saws also called, crown glasses or crown saws, depending on the country. There we gave detailed information related to manufacturing, components, parts, among other aspects. As a result, we have received several inquiries regarding utilization. There are many myths about how, when and for what should the glass saws be used. We will now try to answer the main queries, leaving open the possibility of supplementing with new technical articles dedicated to specific topics on the cup saws.

How, when and for what should the glass saws be used??

This broad question encompasses a whole series of aspects that we will deal with below. Now we are going to deepen the topic by focusing on the applications of the cup saws and in some advice practical when choosing and working with them.

First of all, we must point out that in trade we will find different types of cup saws which are distinguished by an identification code of each manufacturer. That code can be made up of numbers and / or letters, and encompasses a particular tool intended for a particular use.

Let’s see some of the parameters that determine the use or application:

1) Material with which they are made

As we mentioned in the previous article, the cup saws The most common are carbon steel and bimetallic, the latter with a body of carbon steel Y high speed steel teeth, but we can also find saws whose teeth contain tungsten carbide grains, diamond or even saws cup with heavy metal either in the cutting edges or all over the tooth.

2) Recommended speed of use for cup saws

Not all crown saws they operate at the same speed, measured in revolutions per minute (rpm). This depends fundamentally on the diameter of the saw, that can offer in metric or imperial measures, and of the material to cut. As a general rule, although not a fixed rule, the smaller the diameter of the saw cup, the faster they should rotate. On the other hand, to cut, for example, wood and plastic requires a number of revolutions approximately 10 times higher than to cut steel, while saws that cut aluminum rotate about three times faster than those that cut stainless steel. That is why it is advisable to use cup saws in drills with variable speed, depending on the application, in bench drills.

The table below shows the recommended speeds (in rpm) for some materials depending on the type and of the diameters (the less and the higher) of the cup saws:

3) Which saw cup to choose based on the material and thickness of the workpiece? 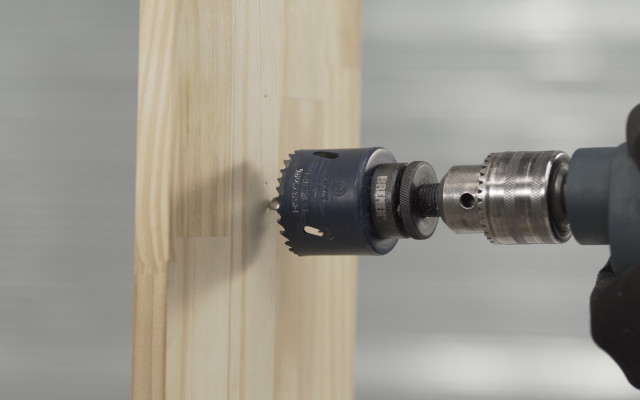 The crown saws they are designed according to the material to be cut. Thus, for example, we have, on the one hand, saws for carbon steel and alloys, stainless steel, non-ferrous materials and wood; on the other hand, saw blades, cellular metals, interrupted cuts and electrical panels; we also have saws for ABS, wood, fiberglass and other non-metallic materials; and finally, saws for ceramics, marble, granite, glass, resins and formica. In a future technical article we will delve into each of these models.

4) What drill to use depending on the saw cup?

The first thing to check with manual drills, and especially cordless ones, is whether they have enough speed to reach the speed recommended by the hole saw manufacturer. Therefore, there are some cup saws specially designed for cordless drills that run even at lower rpm. For more complex, more challenging cuts, for production and especially when using cup saws with carbide teeth, the use of the bench drill is recommended.

The He passed of the teeth of the crown or crown saws, is measured in number of teeth per centimeter or inch. When the distance between teeth is constant around the entire perimeter of the saw, we say that it is a regular pitch glass saw or steady pace. This step is ideal for cutting solid materials on cutting machines with efficient clamping and is very effective on high-alloy steels, brass, aluminum, copper, and wood.

When the sierra presents groups of different tooth steps, which are repeated at regular intervals along the length of the crown saw, we say that it is a variable pitch saw or dimmable. This concept is intended to reduce vibration and resonance during cutting, speeding up the cutting process and extending the life of the saw. Typical applications for variable teeth are cutting thin-walled and materials in groups or bundles with little clamping, especially steels, stainless steels and bronze.

Taking into account these parameters that we have just seen, we can prepare an indicative table like the one that follows, where the main applications that respond to them are detailed. 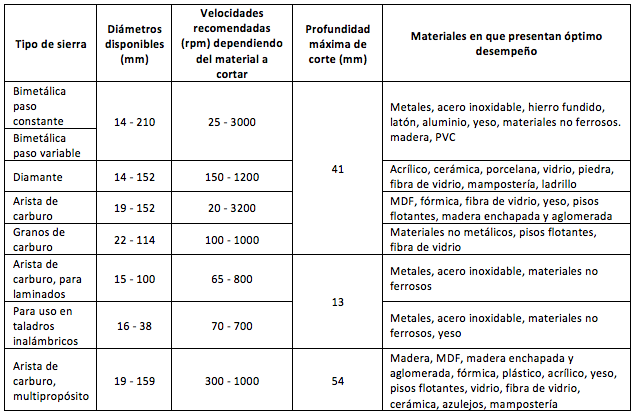 How to use cup saws?

Once we have chosen the goblet saw according to the job we want to do and the manufacturer’s instructions, a series of steps should be followed to ensure optimal drilling. Although these steps may vary depending on the work piece (for example, drilling a door to install a lock is not the same as drilling a ceiling to install, for example, a light fixture) in general they comprise the following procedure:

Some tips for the safe use of cup saws

It is also useful to take into account some recommendations that will help us to get the best out of our tool. Among them we can highlight the following:

Parts of a Digital Micrometer