How to use a Pickaxe? 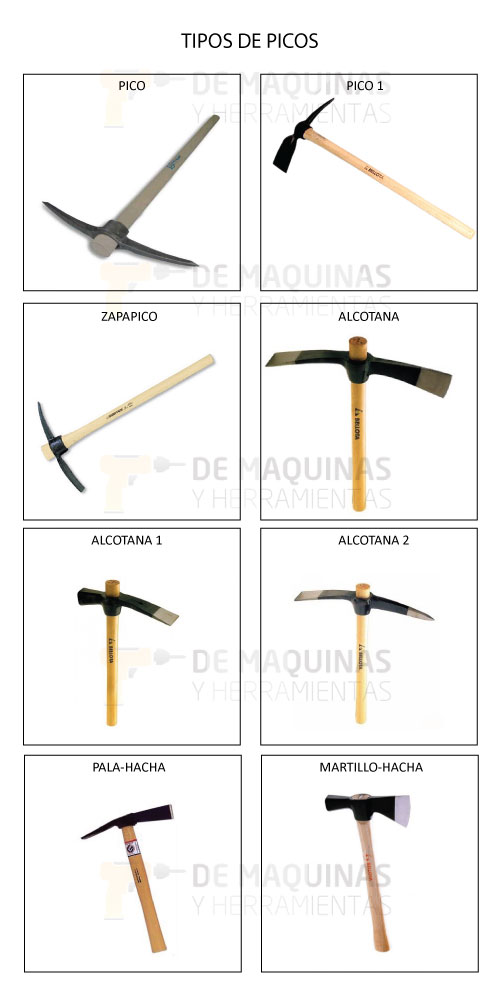 It is interesting to note that the origin of this useful manual tool dates back to prehistoric times. The first peaks they were just antlers of a suitable species of antelope, such as a deer, cleverly carved by man for ease of use. They were mainly used for agricultural tasks and were the forerunner of other more complex tools, such as the plow and the hoe.

The design and construction of peaks They were modified over time to extend their application not only to traditional mining, but also as a weapon of war in the medieval era. Today, the use of peak it is still essential, both in mining and in agriculture, gardening and construction.

Although there are various models of size and shape, all peaks are destruction and chopping tools constituted by a bar slightly curved iron or steel and a mango wood or fiberglass in the center. It is precisely the design of the ends of the metal bar that varies in order not only to confer particular characteristics to the tool, but also to distinguish its name.

Let’s look at some variants. It is worth clarifying that the denominations usually differ depending on the country and, depending on the manufacturer, there may be more combinations than those that we will describe below.

Peak: the metal bar of the peak itself can be symmetric or asymmetric and presents both ends pointed. These pointed ends are most often used to break up rocky or hard surfaces like concrete or dry hardened earth. The great impulse of peak heavy weight combined with small contact areas makes it remarkably effective for this purpose. Therefore, the main application of peak lies in preparing the ground for construction, either digging or breaking up the earth. A variant of peak it is the one where one of the ends is flat with a wide and sharp edge (Figure called «peak 1»), so in this case the tool is useful for breaking up clods and digging in soft soils or for extracting trunks and roots. To handle the peaks Both hands are always used.

Pickaxe: the basic difference with the peak is that the pickaxe has one of its ends in form of hoe or shovel thin and long, with a cutting edge that allows quick and accurate digging.

Alcotana or picoleta: is a kind of peak, somewhat smaller, which is mainly used in masonry. One of its ends is sharp and has the shape of an ax while the other has hoe or shovel shape. However, there may be variants of alcotanas in which the cutting end is replaced by a hammer (alcotana 1) or a tip (alcotana 2), as in the peak conventional. All alcotanas they can be operated with both hands or, in the case of the smaller ones, with one hand.

Pickaxe: is similar to peaks Y alcotanas but it is small and therefore it is operated with one hand. The handle is about 40 cm long and the ends of the bar can be, like the alcotanas, in various ways, highlighting the combination of shovel-axe Y hammer-axe. It is used in a variety of applications, such as cutting bricks, removing cement or concrete residue, setting bricks on courses, etc.

Tips for the use and maintenance of picks

Because they are dangerous tools, peaks must be used following personal safety measures, such as the use of approved protective boots and glasses, taking care that there are no other people in the vicinity where the tool is operated.

One of the most common mistakes that can lead to injuries is using peaks whose tips are jagged, nicked, or scored, or whose handles are improperly dimensioned or have splinters. On the other hand, peaks should never be used to hit or break metal surfaces or straighten tools, such as hammers or others.

As far as maintenance is concerned, peaks They should be kept clean in a dry place, and oiled or greased to protect them from rust. Ends used for cutting should be kept sharp, using a whetstone if necessary.

The peaks used in gardening and agriculture should be washed to remove adhering soil using a steel brush and soapy water, then disinfected for future use to protect plants from disease and parasites.

The peaks most modern ones are built in a single piece of forged steel heat-treated, with properties that give them maximum resistance to traction, torsion, wear and impact.

How do the Rectifiers work?

What is SMAW Welding?