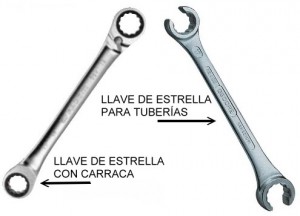 When in a previous article we discussed the different types of manual keys, of obligatory use in any workshop or even among DIY lovers, we referred to two large groups:

We also mention that within the group of fixed size keys There are a variety of different types, available in both metric and imperial sizes.

In this post we will see two of those types of keys with a fixed measure that, in turn, will give rise to a third type of key from the same group, that is, the combination or mixed keys. All of these wrenches are made from chrome vanadium steel and special alloys, and some are anti-sparking for use in potentially hazardous environments.

the classics fixed keys They are the simplest and consist of a single piece with a “U” shaped opening, which fits into the two opposite faces of a hexagonal or square head screw or nut. They often have two extremes. with a different size opening at each end, which combines consecutive figures or with a difference of two millimeters in large measurements. The ends are typically oriented at an angle of about 15 degrees to the longitudinal axis of the handle, allowing greater freedom of movement in confined spaces because the wrench can be turned.

The measurements and specifications of the fixed keys They comply with ISO 10102, DIN 3110, NF ISO 3318 and NF ISO 10102 standards, and the market generally has the following opening sizes, depending on the manufacturer:

Also offered fixed wrench sets, either in a box, case, module or panel, which can contain between 5 and 15 keys each, depending on the manufacturer. Smaller wrench sizes, ie 3.2-8mm, are also available in a key ring case containing 8-10 tools.

The main drawback of the use of fixed keys is the need to make a wide angular travel (known as recovery angle) to access the next face of the bolt or nut. In addition, by fitting only on two faces of the screw or nut, there is a high risk that the key will slip, so the edges of the screw or nut may be rounded.

The inconvenience pointed out for the fixed keys is eliminated with the star keys. These are ring-shaped closed keys, whose interior has a simple hexagonal configuration (with six sides) or with two crossed hexagons at 30° (with twelve sides) or a square configuration (with eight sides). With the six-sided wrench, large tightening torques can be applied without the risk of slipping, since the wrench completely surrounds the screw or nut, adjusting to them perfectly. The twelve-sided key has the advantage of holding the screw or nut in twelve different positions, having a greater angle of rotation that allows the frequent change of the position of the key, which makes them very useful for assemblies that are difficult to access.

Like fixed keys, star keys generally They have two ends of different sizes., numbered in the same way as the fixed ones, and are marketed in various designs. Let’s see the main ones.

Straight or flat star keys (ISO 10103, DIN 837 and NF ISO 10103 standards): they are as we have just described and they also have a certain angle between the planes of the handle and the opening to avoid rubbing against the flat surface on which the screw is threaded.

Offset star wrenches (ISO 10104 and DIN 838 standards): its ends form a kind of elbow with respect to the handle, being very useful for screws or nuts that are slightly sunken with respect to a flat surface.

crescent star keys (ISO 3318 and NF ISO 3318 standards): the half-moon shape facilitates maneuvering on nuts that are inaccessible with a conventional tool. Usually the star configuration is 12 sides. 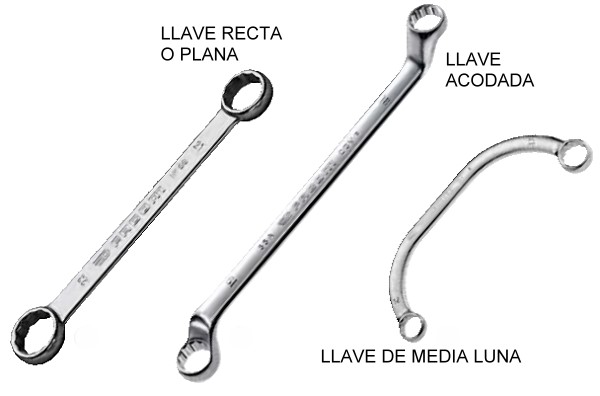 Ring wrenches with ratchet or ratchet (ISO 1711-1 standard): the peculiarity of these keys is that they only exert pressure in one direction of rotation (selectable by a small lever) leaving the rotation free in the opposite direction. They are extremely useful because they drastically reduce the angle of recovery, particularly in places that are difficult to access or with little margin of movement of the wrench. 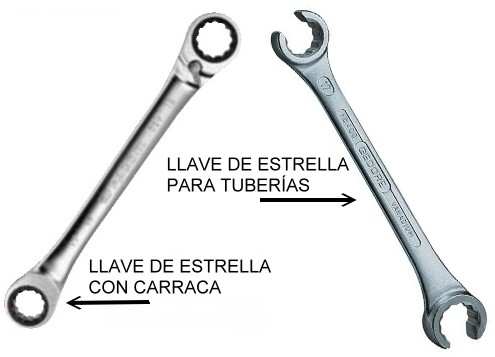 Open ring wrenches or pipe fittings (DIN 3118 standard): basically they are straight or flat ring wrenches with an opening in the coupling mouth. They are ideal for loosening and tightening hexagonal end fittings and the main advantage they offer is that of having a larger contact surface with the screw or nut, thus reducing the risk of rounding. The most common metric sizes are: 7 x 9, 8 x 10, 11 x 13, 12 x 14 and 17 x 19 mm, and are used mainly in general industry and in the different technical services that are dedicated to hydraulic conduction, pneumatics and the like.

The mix of a fixed wrench with a star key in a single double-ended wrench with a single measurement has given rise to mixed or combination keys. Thus, for example, it is usual to find combined keys flat-star or flat-ratchet of the same size to combine their advantages, that is, the accessibility that star wrenches allow with the speed of action of open-end wrenches.

The manufacturing process of combination wrenches is complex and requires numerous stages. In this video we can clearly see what this process consists of.
https://www.youtube.com/watch?v=De3eWBX_5FI

The following table summarizes the most common varieties of combined keys that the market offers through different manufacturers, and that are marketed in both short and long handles, and by the piece or by sets in a case, box, module or keychain. 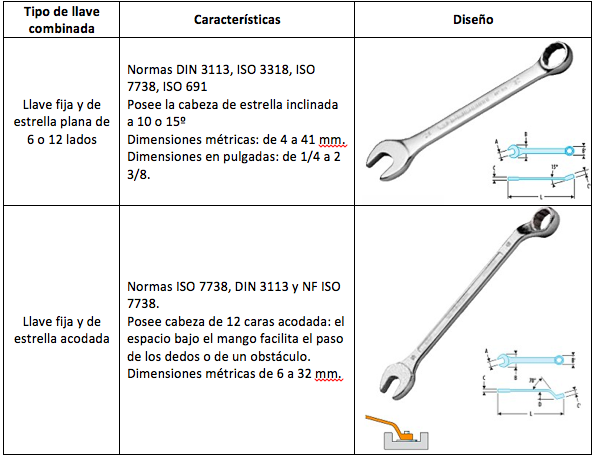 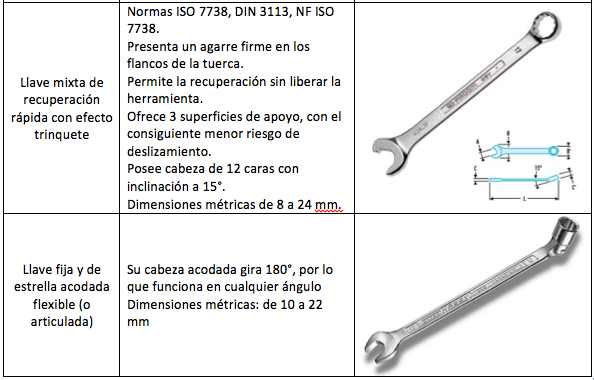 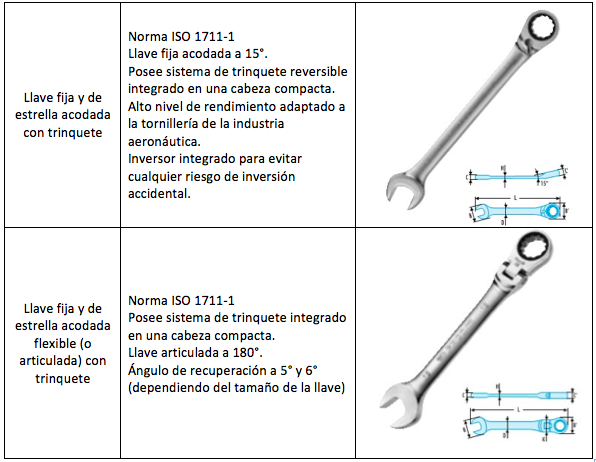 Parts of a Torch

How to adapt a gasoline generator to use it with the home gas network?