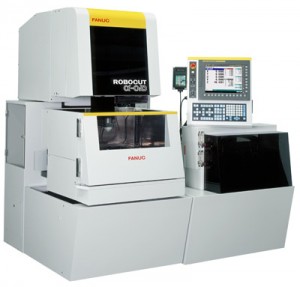 The machining by EDM It is an unconventional process machining of metals by which a tool discharge thousands of sparks on a metal part. This process is applicable to parts resistant to common machining processes, provided they are electrically conductive, generally non-ferrous, of the type made of steel, titanium, superalloys, brass and many other metals. Instead of cutting the material, the EDM it melts or vaporizes it, generating an extremely precise cutting line with little slag formation. The general acceptance of EDM machining has made possible not only a multiplicity of applications, but has also given rise to an offer that covers a diversity of EDM machines.

In the beginning, all EDM machines they were based on the oldest method, that is to say, the one of EDM by penetration. However, with the advent of computer numerical control (CNC) in the late 1970s, the appearance of the first machines for wire EDM, it was placing them in the privileged place they currently enjoy, although both types of machines are now fully automated and have CNC.

According to the different foundation of the processes of penetration EDM and by thread, the machines that use each of these processes can obtain a three-dimensional cavity using an electrode (penetration) or cut the part according to parameters entered in the CNC equipment (wire).
However, despite their differences, which also include the nature of the dielectric fluid and the number of axes, the EDM machines respond, in general, to a design that includes the same basic components. Let’s see what they are in the following typical scheme.

Diagram and parts of a machine for EDM

In the figure above we can see, in the first place, the axis system that responds to the German VDI 3402 standard, which defines the different axes of any EDM machine.

We can also see a frame In general, in some cases such as the one in the figure, although not necessarily, it adopts the well-known “swan neck” shape that we have already seen in other types of machines. Said framework constitutes the skeleton of the machine, it must be robust and must serve as a support for the work table, the dielectric tank, the power generator and all the elements and devices necessary for the process of EDM, for example, those used to activate the electrode holder (penetration) or wire movement and guide (wire) systems.

An integral part of that frame is the column, where the power generator or pulse generator is normally housed. This component is essential for any EDM machine, as it is the one that originates the electrical differential between the electrode and the piece by means of a discharge in the form of pulses of ephemeral duration, since it can produce several tens of thousands of pulses per second. There are several types, but, in general, the power generator is composed of:

The machines Most modern ones do not incorporate the power generator in the frame, but in a separate cabinet next to the frame. This is due to design reasons and the fact of keeping the machine free from heat sources that could produce distortions in the mechanical parts.

Another fundamental component that we can see in the figure is the head, which governs the machining automatic, allowing movements on the axes, and whose characteristics are different depending on the type of EDM used. In the penetration system, the head houses the control servomotors that maintain the separation or gap constant and that act on the electrode holder to ensure the vertical displacement of the electrode on the same axis. In the wire system, the head houses the stepping motors, since it has a system of rollers and nozzles through which the wire passes and also performs the function of tensioning the wire.

work table or workpiece fixing table It is, as its name indicates, the unit in which the part is mounted for machining. Depending on the design of the machine, the moving element can be this table or the electrode. The work tank is located around the fixing table, which contains the dielectric fluid and whose volume depends on the size of the part and the power of the pulse generator, and can vary from 30 to 3,000 litres. In the machines by penetration, the dielectric fluid always covers the part, while in wire machines the part may or may not be completely submerged and in both cases there is a permanent presence of jets of dielectric fluid.

The work tank rests on the bed, a rigid piece that is the lower part of the frame and is where the guides for the X and Y axes are located, regulated by servomotors.

System of an EDM machine

In addition to all the components just mentioned, the EDM, both by penetration and by thread, they have other essential devices, such as the filter unit that we see in the figure above. This unit cleans the dielectric fluid from the residues of the material removed during the EDM process. It is provided with a filtering and cooling system for the dielectric, as well as the necessary devices to ensure the circulation of the dielectric, driven by hydraulic pumps, towards the work tank and carry out the different types of cleaning of the work area.

On the other hand, the computerized numeric control (CNC) installed in the vast majority of current machines allows high levels of automation, which ensures minimal human intervention. Its sophisticated data transmission network is connected to the computer, which transmits the cutting program, previously prepared, through an interface.

Finally, drilling EDM machines, also equipped with CNC, are slowly establishing themselves in production work involving the drilling of small diameter holes, particularly for turbine blades, fuel injectors, plastic mold vents or cooling in cutting tools, etc. Although the machines EDM machines can also drill holes, they are much slower than these drills designed specifically for this role.

The working principle of a drilling EDM machine it is the same as in the penetration system. A spark produced in a gap between the electrode and the piece, and whose dimension is maintained by a servomotor, erodes a conductive material. As the electrode is hollow, the dielectric flows through it and the rotation helps to produce concentricity and facilitate the cleaning process. Since the removed particles are conductive, it is essential to remove them from the drilled hole to avoid short circuits between the electrode and the workpiece. If a short circuit occurs, the servomotor retracts the electrode, fixes the correct dimension of the gap and the process starts again. 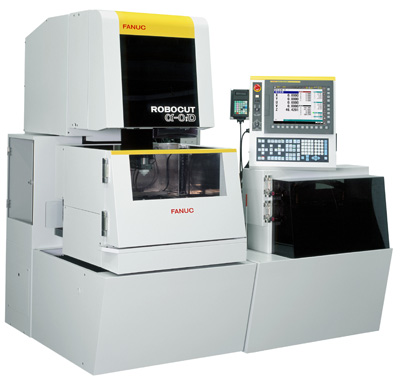 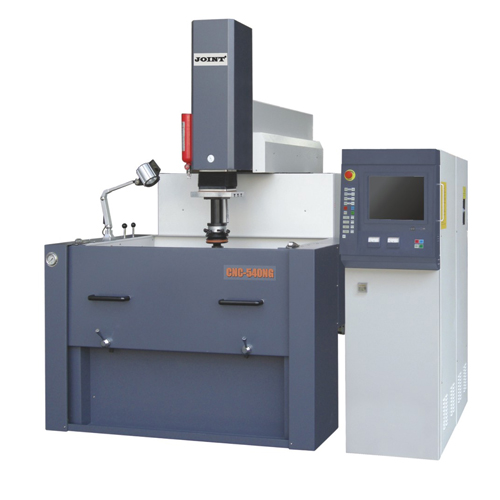 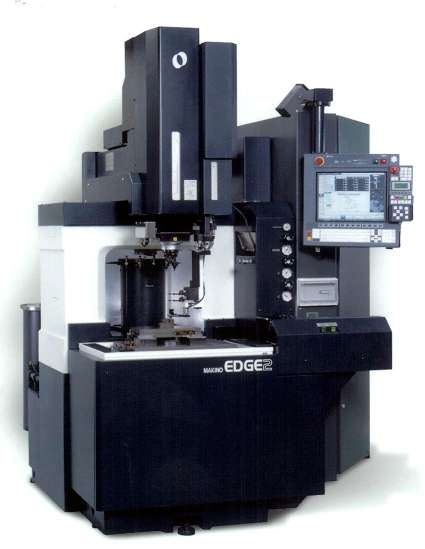 What are pipe threaders and how to choose them?

What are Pneumatic Tools and how do they work?