Introduction to the Line Laser Level 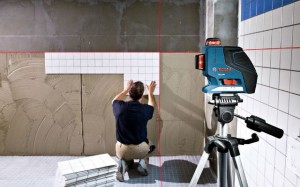 As we have already mentioned on other occasions, a level is an extremely necessary measurement tool, both at home and in different industries and trades. Traditionally, the most primitive and simple devices, that is, spirit levels, have enjoyed wide application for decades because they allow good precision to be obtained at a minimum cost.

However, today the laser levels They not only offer even greater precision, but also additional functions, such as plumbing and remote measurement. Therefore, although the bubble level is still valid, professionals have found that using a multipurpose level such as modern laser levels is more economical, saves space and offers many advantages.

Precisely one of the great advantages of laser levels is that it has been possible to put aside old alignment and leveling techniques very common in the construction sector, such as the technique of leveling the ground using tools such as hoses with water. , threads and stakes, etc. This technique was used for a long time due to the lack of alternatives for this type of task, but it did not ensure a totally exact alignment of surfaces or environments.

For this reason, laser levels arrived on the market to allow a very simple handling, have the highest precision and allow work on a site not to take time away from the worker but, on the contrary, to be complemented with other tasks, since It allows several workers at the same time to continue carrying out their tasks without wasting time.

In the last 15-20 years, technology has given rise to various types of laser levels, even of different sizes. This variety is due to the different leveling needs that specific users may demand. Therefore, the knowledge of the main varieties that we can find in the market will help us to decide which is the laser level that best meets our needs. Let’s see what those varieties are.

They are small in size, used primarily indoors, and project one or more points onto a surface. These points can point to a certain level at the same height on an opposite wall, or align, for example, the top of one window frame with another. Its applications range from the installation of coatings and plasterboard (Drywall), to the verification of squares. Points can be drawn on the surface with a pencil and if multiple points are projected, these can be used as a line.

They are also small in size, mostly used indoors, and use a single laser beam projected along 180 degrees to determine an absolute horizontal or vertical plane, as if drawing a chalk line on a surface (see figure below) . The beam can also be used as a ruler. They are useful for lining up a row of pictures, installing a shelf on a level plane along a wall, and a host of other jobs, both in the home and industry. Some manufacturers sell combination models, that is, laser levels of points, lines and crossed lines in a single device.

Its size is larger than those mentioned above, they can be used both indoors and outdoors and, like line laser levels, use a single laser beam, with the difference that said beam is projected throughout 360 degrees, originating two dimensions. They are ideal for a wide range of jobs and on this page we provide a series of tips when acquiring a level of this type.

Located in an intermediate place due to its price and type of benefits, the line laser levels They are generally the ones that offer the greatest diversity of models designed for each need. Thus, carpenters, painters, electricians, plumbers, general installers and interior builders, among others, can benefit from these small pocket devices in applications such as general painting and drywall installation, plumbing, air conditioning equipment, furniture. , moldings, openings, cladding, etc. Many levels are also provided with a series of accessories that we will detail in the next article.

How is a line laser level composed?

In the following figure we see a diagram with the parts of a line laser level typical, where its main components are indicated. Despite their small size, these devices are compact, constructed of hard plastic, and come with a protective case. They work with common AA or AAA batteries, depending on the model and manufacturer, which guarantees an autonomy of continuous use of 12-15 hours. Many also incorporate holes for tripod mounting and / or wall brackets, or contain magnets for secure attachment to metal parts. 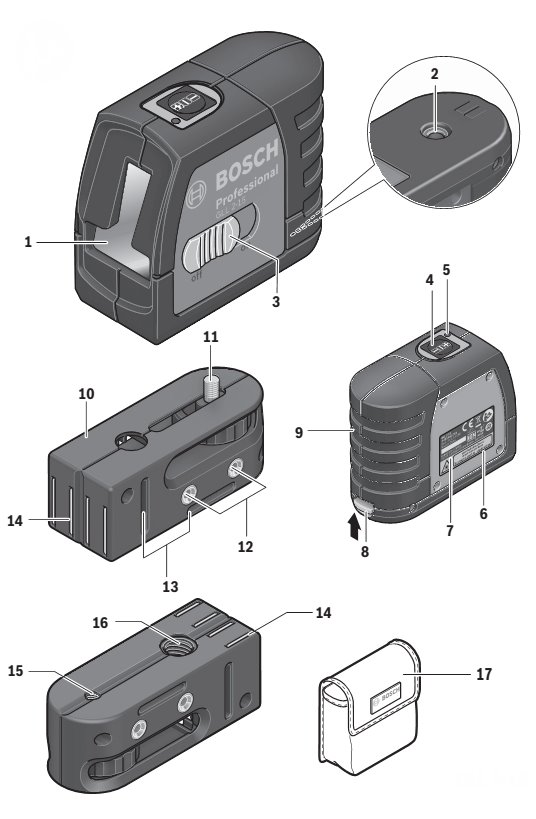 Parts of a Line Laser Level

How does a line laser level work?

These devices contain diodes (usually one per line) that emit rays of visible light. This light passes through a concentrating lens and strikes two prisms (one for the level beam and one for the plumb beam) fanning out along a plane. When it hits an object, this light is visualized as a line. If the prisms were omitted, you would have a point laser and the light would be projected as a concentrated beam that would be visualized as a point.

Modern line laser levels are self-leveling and for this the device uses a small pendulum incorporated into its interior. The diodes are attached to this pendulum that oscillates on a group of gimbals. A magnet dampens the swing motion of the pendulum and helps to achieve leveling more quickly. When the pendulum stops, the rays are plumb and level, passing through the prisms, which fan them out into wide planes of light. When this fan hits a surface, it appears as lines. The pendulum only works within a limited range, because if the laser base is not within a 4-6 degree level, the tool cannot self-level. When this happens, the laser alerts the user in several ways: it can emit an acoustic signal, project a flashing beam, or simply turn off.

The laser beams are red or green in color. Red is more common because red diodes are cheaper, consume less power, and work perfectly at lower temperatures. But green lasers are more easily captured by the human eye, so some laser levels, generally the more expensive rotary models, tend to use that color.

Although the precision of these line laser levels is excellent, it must be taken into account that there are factors that can affect it because they cause deviations of the laser beam.

In addition to external influences, also those specific to the device (for example, falls or strong impacts) can cause certain measurement errors. Therefore, before starting work, it is advisable to first check the precision of the device. Following the instructions provided by the manufacturer, the horizontal laser line is first checked for leveling and height accuracy, and then the vertical laser line for leveling accuracy.

As always, the decision to purchase a line laser level It is determined by some factors that we must take into account, in addition to the rigorous considerations regarding the type, frequency and environment of use. We address these factors in the article What to Consider When Choosing a Line Laser Level.

What is a table circular saw and what are its applications