Introduction to the Multimeter 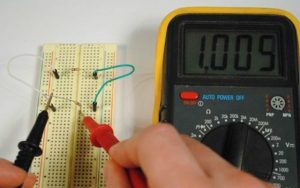 The Multimeter It can carry out measurements for direct or alternating current, and in different measurement ranges each.

This measuring tool has a principle, which is the galvanometer. An instrument used for the measurement of electrical current of minimum intensities. This is based on the rotation made by a coil positioned between the poles of a very powerful magnet when it travels through an electric current.

The mutual effects between the magnet and the coil, produce a couple of electrodynamic forces, which make the coil rotate along with an indicator needle within a quadrant. This device is the most used in the manufacture of voltmeters and ammeters.

History of the multimeter

The predecessor of the Multimeter it was called AVO. This device was the brainchild of British Post Office engineer Donald Macadie. Macadie had the idea of ​​joining three measuring instruments into one, the ammeter, the voltmeter, and the ohmmeter. From the union of the initial of these three instruments, the name of Multimeter AVO. This new three-in-one device greatly facilitated the work of all students in any area of ​​electronics.

The Multimeter AVO was originally created to analyze only direct current circuits, then functionality for alternating current measurements was added, and capacity and power measurements were introduced over the years.

Currently the analog models have evolved little, with respect to the first models. And for their part the multimeters digital, are increasingly advanced but are always based on the foundation of analog.

Parts and Features of the Multimeter

This multifaceted measuring instrument consists of basic parts or components, which allow the various measurements to be carried out in a practical and efficient way.

There are two types of Multimeter: one digital and one analog.

It is a special instrument for laboratories, specialized field, very useful and variable. It is capable of measuring AC and DC voltages, current, transistor gain, diode voltage drop, resistance, capacitance, and impedance. Through the principle of the galvanometer and its operation, it has a needle that moves on a scale. Digital devices are typically more robust than analog devices, but they also tend to break down if the signal is scaled down.

Over time the polymeters Analogue devices have developed and improved their operation, considerably increasing their possibilities and their accuracy. Additionally, through the use of input amplifiers with field effect transistors (FETs) to perform DC voltage measurements, their impedances frequently exceed 100 MΩ. Lastly, the ohmmeter scale no longer needs to be zeroed to correct for internal battery voltage changes or scale changes. 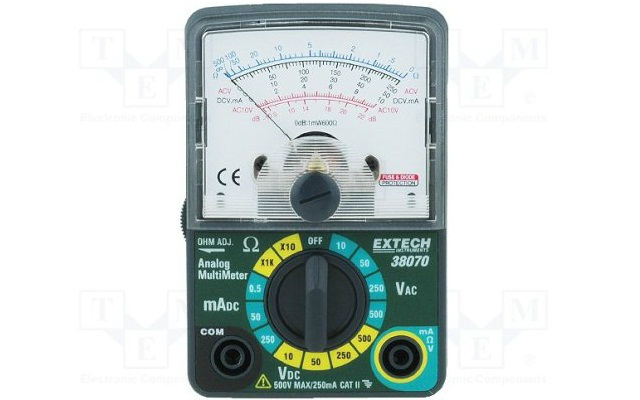 This device uses the circuitry to convert them from analog values ​​to digital values ​​and then display it on a screen. In recent years, multimeters Most used are digital ones, but analogues were not left behind since they provide a faster response thanks to the movement of the needle, something that a digital cannot provide.

Mainly, multimeters Digital inputs are made on the basis of a dual-ramp or voltage-to-frequency A / D converter, with the respective range setting. To provide flexibility in taking voltage measurements in higher amplitude dynamic ranges and with sufficient resolution, a voltage divider is used to scale the input voltage.

To obtain the measurement of AC voltages, a rectifier is included in the design of the measuring instrument. Because the accuracy of rectifiers is not as high as that of DC voltage measuring circuits, the overall accuracy of AC measuring instruments is lower than when measuring DC voltages. Accuracy for AC voltages range from + 1.012 to + 1% + 1 digit). The currents are measured by making the digital voltmeter determine the voltage drop by means of a resistance of known and exact value.

Most of the multimeters Digitals are portable, battery-operated measuring instruments. Some are ruggedly designed to withstand the rigors of field measurements. Others have features like automatic range tuning operation, allowing the meter to automatically adjust its measurement circuitry for voltage, current, or resistance range. They also have support for binary-coded decimal or IEEE-488 output, conductance and temperature measurement.

The multimeters Digital devices have expanded their range of use, mainly because they provide better accuracy and eliminate reading errors. However, an analog scale is often added to the digital scale to provide a visual indication of inputs that vary over time. The possibility of obtaining the indication of the meter in analog form is of great importance, when locating faults in instrumentation systems. 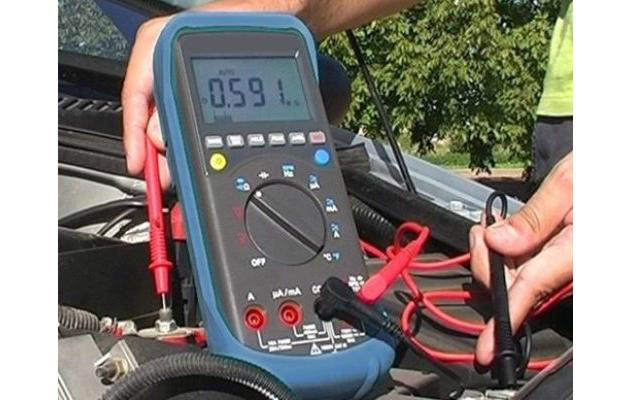 This is an instrument that is still valid over the years, thanks mainly to its functionality. Although its design has evolved, its basic principle remains, facilitating the work of a large number of professionals.

Safety in the use of measurement tools

What is a Combined Squad?

How is the Alesometer used?