Introduction to the plumb bob 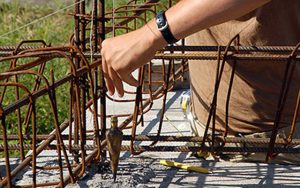 The plumb It is one of the oldest known measuring instruments; It already existed at the time of the ancient Egyptians and is still used massively in construction today, although it is being massively supplanted by the laser level, which is becoming more accessible every day.

Its most common use is to find the vertical line given a point, although it is also used to find the nadir of an element, to control the squareness of a surface with respect to the horizontal and to transport a point on the floor to any elevation.

Parts of a plumb bob

Although it is an extremely simple instrument, a plumb It must be well constructed and assembled to perform its function without problems.

It is the element that provides enough weight to strain sanity and offer a reliable vertical line. They are generally lead cones or tops, although they can be made of other materials such as wood, concrete, steel, iron, bronze, etc. It is important that the material from which they are built offers a good density-surface ratio, since otherwise environmental factors – winds, rain – could affect their position.

It is the thread, rope or cable that holds and makes the lead hang. It can be from a simple twisted wire rope to a steel cable. The use of chains is not recommended as these can affect the free movement of the lead and present false measurements.

It is the opposite end to the lead, and the one that allows hanging or holding the line of plumb to perform the measurement. Generally it is a loop made with the same sanity, although you can use emery boards, hooks, eyelets, rollers or any other type of convenient fastening.

The plumb It can be used in different cases as a measuring instrument in construction. In a previous article we saw a brief introduction; We will review the most common techniques used in construction.

This is the most popular application. The plumb from a nail, screw or protrusion of the wall and wait for it to immobilize. Sanity should be perfectly parallel to the wall. If you are at an angle, try placing the plumb In other site. If the angle persists, the wall will be false square. 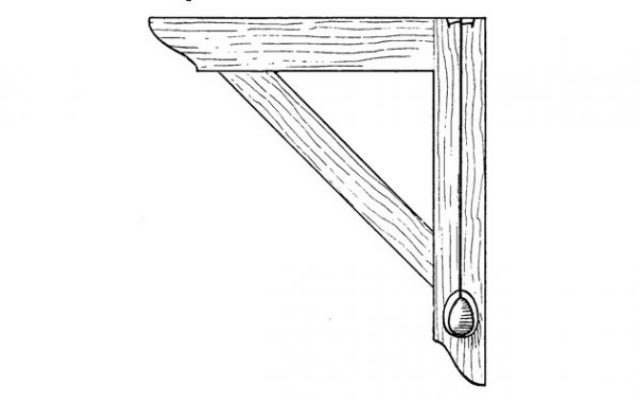 Use in mechanical inclinometers

There is a simple device that makes use of the gravitational principle of plumb: the inclinometer. With this it is possible to know the angle of any surface. Simply rest the base of the instrument on the surface and read the angle on the graduated ruler.

This instrument has become obsolete with the arrival of the new digital inclinometers, although it can sometimes have a didactic use. 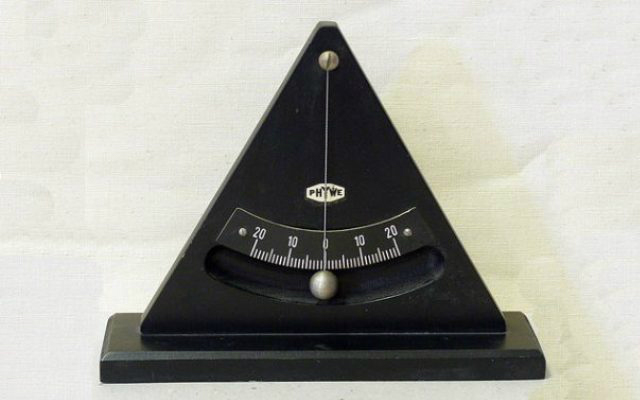 Successors to the plumb bob

It is possible to make a plumb homemade with very few materials. We will only need in an essential way a rope strong enough to support the weight of the lead, and flexible enough to keep it suspended without affecting its positioning.

For the construction we will be able to have elements that can be acquired in any sport fishing house: line (or fishing line), carabiner with emerillion and plumb.

In these houses it is possible to buy leads of different sizes; It is advisable to buy one of at least 500 g. There is also a 0.40 mm rope -or line- and a carabiner with a grinding wheel of a sufficient size to be able to suspend the whole assembly without risk of breakage or deformation.

How to make a lead

It is also possible to build lead at home. It can be done in different ways and with different materials. Here are some ideas.

The simplest way to get a plumb improvised is to take an empty plastic bottle, make a through hole in the neck of it, pass a rope or wire through it and fill it with dry sand to the brim.

Reapply the cap and suspend the thus prepared bottle from a rope. It won’t be as perfect as lead or wood tops, but it will do if you need a quick check and don’t have the instrument.

Have you got scrap lead, molding sand, and an old pot? Then you can mold your own leads. Try to gather at least one kilogram of lead and melt it.

Be careful: Lead is toxic, and if you do the smelting at home, do your best to do it outside, in the open air and on some surface that will prevent contamination of the soil. If you do it indoors, do it only if you have a working range hood. In any case use a gas mask.

Prepare the mold for the lead. Verify that the chosen material is refractory and dry. Reserve the mold close to where you will melt the lead.

Before putting the lead to melt, verify that it is completely dry and that the parts do not contain any explosive or flammable material. It is extremely important to verify that no part contains water inside, since if it vaporizes while the metal is molten, it will cause a very dangerous explosion..

Keep children and animals out of the reach of the foundry at all times. Any accidental splashing will cause third degree burns. Also try to wear suitable clothing and footwear.

When the lead is completely melted, remove any slag that will form on the surface with an old spoon. Add some borax to the molten metal to help concentration of the slag.

Once the lead is clean, bring very careful the pot or crucible into the mold and pour the molten metal into it. Do it in such a way that if an accidental tip-over occurs, the lead will land on the ground and not on you.

Allow metal to solidify and cool slightly before stripping. Make sure to have a container of cold water nearby to submerge the molded part.

Once you’ve got the part, sand down any rough edges and drill a hole in the top to install an eyebolt or python there. Then add the rope.

It is possible to manufacture leads with wood. If you have a lathe, you can take blocks of some heavy and solid wood (algarrobo or quebracho for example) and turn cylinders finished in a point. In the hole made to place the tailstock you can screw a python or an eyebolt in order to tie there the end of the rope that you have chosen to suspend your new lead. 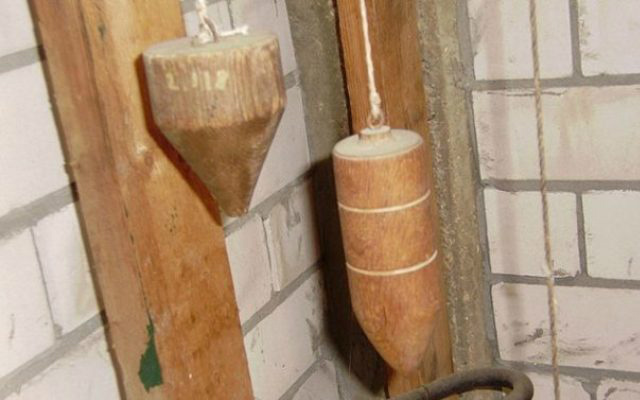 Material Detector: What kind of elements can be discovered?