Metrology in the age of industry 4.0 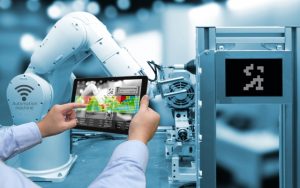 As a science that studies the systems of weights and measures, metrology or study of the measure, is present in the life of man since ancient times. In the course of history, different milestones marked its development with the permanent concern to unify the measurement criteria of everything that exists. The search for socially accepted standards by the different communities, regions and countries resulted in the formation of the General Conference of Weights and Measures (Paris, 1889) which enjoys the greatest worldwide recognition to this day. The resolutions, recommendations and reports of the Conference, the 26th Edition of which took place in Versailles in mid-November 2018, anticipate the central issues and challenges to which the metrology in the era of Industry 4.0

From the definition of anthropomorphic measurements in Ancient Egypt to today, the metrology it emerges as a science conditioned by commercial needs and by scientific developments that impact societies.

The less and less artisanal forms of production, the increasingly globalized economies and the requirements of a market without borders in the era of digital communication, give their stamp to the desire to establish “The measure of all things.” In this scenario, the metrology it is subject to the constant evolution of science.

Industrial processes require measurements with undisputed levels of accuracy to guarantee the quality of their products, minimize manufacturing costs and scope for maneuver in commercial exchanges.

Beyond the standards and units of measurement in use, the instruments used to carry out measurements of all kinds require standardized manufacturing standards and calibrations that conform to them. Ultimately, these instruments are responsible for the measures we carry out in all areas of human activity. So the metrology Today, it is organized around different fields of application and for each one of them it defines a set of units, patterns, instruments and procedures that guarantee the knowledge of the measurements regardless of the geographical place where they are carried out. According to the prescriptions of the International Conference of Weights and Measures, the following fields are recognized:

Also, different areas of studies addressing also recognize the metrology, such as mass, temperature, dimension and chemistry; all of them present in the sphere of studies of the metrology in general.

In the field of industry It is perhaps where the changes in the field of metrology. As an essential activity during the production process, measurement has accompanied technological progress in all areas of the industry.

Quasi-artisanal production, automation of production processes, conversion from analog to digital, up to the current challenges faced by the industry 4.0 have marked the development of the industrial metrology.

From the simplest instruments such as gauges, thermometers, thermostats, oscillators and all kinds of technology to the unexpected universe of sensors, scanners and the most modern systems applied to the industrial measurement, the metrology It has come a long way. 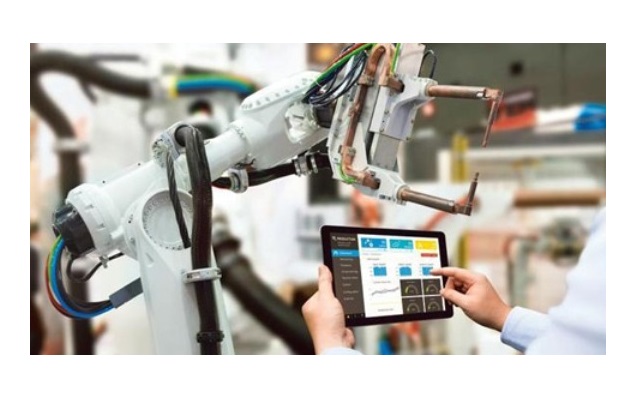 Making early decisions during production processes, acting preventively and predictively is a priority in the era of industry 4.0. The producers of metrological solutions develop non-contact measurement systems, which use Big Data as an instrument for centralizing and consolidating the relevant information that results from the reading of intelligent measurement systems. Measuring and acting in real time has become a necessary condition for today’s industrial development.

According to Unai Mutilba and Gorka Kortaberria, “One of the biggest challenges presented in metrology 4.0, is to move the traceability of measurements from the laboratory to the production environment, where many of the factors that are controlled in a laboratory (environmental conditions, the geometry of machines, sensor calibration, etc.), not controlled and even unknown because it has not been necessary to characterize them so far. “

Industrial processes require measurements with undisputed levels of accuracy to guarantee the quality of their products, minimize manufacturing costs and scope for maneuver in commercial exchanges. With this premise, as in previous editions, the industrial metrology It placed under the magnifying glass in Metromeet 2019.

The International Conference on Industrial Metrology – Metromeet, which will be held in Bilbao (Spain) from April 11 to 13, anticipates from its program of activities some of the innovations that are already taking giant steps in Industry 4.0.

“Metrology for zero defects manufacturing”; “Pursuing interoperable manufacturing”; “Developing a system of adaptive laser micromachining”; “Computer-aided technologies for additive manufacturing” Y “Hybrid active control devices with transparent, high-resistance tips for contact and non-contact measurements ”These are just some of the titles that for three days will bring together industrial metrology from different countries.

Manufacturers, users and various actors of the industry They will meet in Bilbao to learn more about metrological solutions that combine software development and the use of sensors for measurement on the production line or throughout an industrial plant. They will be able to make contact with this technology integrated to the machines tools of all kinds, with the possibility of taking measurements readings from multiple portable devices, analyzing their traceability, generating reports and correcting the programming of their operation at critical points in the production process itself.

Likewise, references to redefine the units of mass and temperature adopted by the 26th International Conference of Weights and Measures (Versailles, France, 13 to 16 November, 2018), will not be absent in Metromeet.

Coinciding with the celebration of World Metrology Day (May 20), the latest revision of the International System of Units will enter into force, which, in accordance with the requirements of the industry 4.0, integrates all the results of research on current measurement methods, even those based on quantum phenomena.

There is no doubt about the role of the metrology in the era of industry 4.0. The discussion about the accuracy of anthropomorphic measurements of antiquity and new developments in industrial metrology are offered as a determining factor in assessing the competitive advantages of the industry modern.

What is a cordless cultivator and what is it for?

What to consider when choosing a Rotary Hammer?