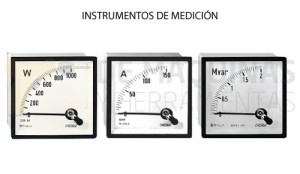 Although today they are gradually being replaced by their digital peers, the old analog instruments they are still in good health in the field of electrical measurements, and its manufacture not only continues in good demand, but also meets numerous international standards of design, calibration and performance for this type of apparatus.

There are several reasons that promote the use of analog instruments for electrical measurements, either because of the characteristics they have, as well as their advantages and multiple applications. They present a wide range with different housing styles and specifications, their measurements allow visualizing electrical and electronic parameters, and they are highly reliable devices under severe working conditions. Its benefits include its low cost, reasonable precision, ease of installation and low maintenance, as well as the minimal training that an operator must receive to use these devices. Its applications range from high voltage switches and control panels to distribution systems, generator sets, general and building energy management, motor and process control, etc.

However, the apparatus for electrical measurements that have the same design are not easily distinguishable from each other. For example, for a neophyte in the matter, and not for the graduation of the scale that they present, the instruments of the figure below could seem identical when in reality they are completely different devices, that measure different magnitudes and work by means of different mechanisms.

How are all these instruments different? Is it possible to carry out a classification using internationally valid symbols, perfectly understandable beyond language and geographical location?

The answer to this question is affirmative and in fact each instrument can be perfectly differentiated from the other.

For this there is a normalized symbology (in Argentina, for example, through the IRAM 2023 standard; in Spain, through the UNE 21318-78 standard) that takes into account a series of parameters that characterize each electrical measuring instrument. Said parameters, all inherent to the device, are the following:

TO. Electrical magnitude that it measures.

All these parameters are printed on the measuring sphere, generally, but not always, in the lower left corner of the device.

Next we are going to show in tables the symbols most commonly used that we can find in the analog instruments for electrical measurements, grouped according to the standard classification of the aforementioned parameters.

A. Electrical magnitude: it is the only one that is printed independently of the other parameters and on any angle or the center of the sphere of the apparatus. In practice, the letter that differentiates each device is not necessarily surrounded by a circle or rectangle. 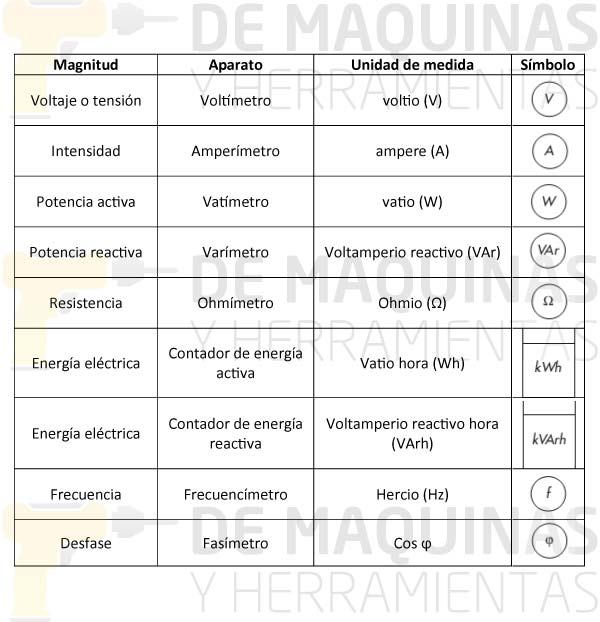 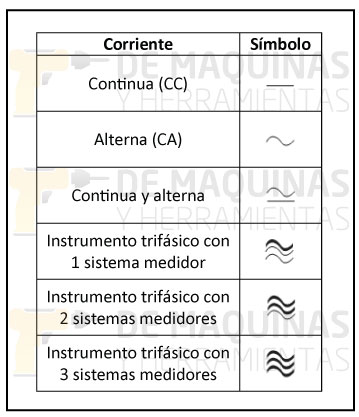 C. Safe handling: Insulation faults can cause a potential difference between the instrument case and its grounded metal parts, therefore the devices are subjected to a voltage applied between the case and its live parts, which depends on the nominal voltage and is reported What insulation test voltage. 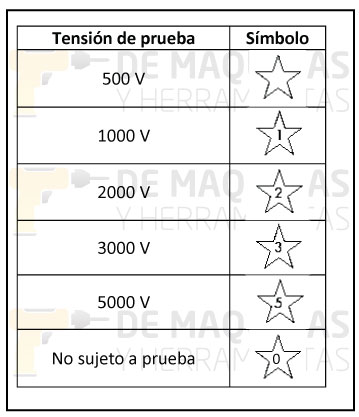 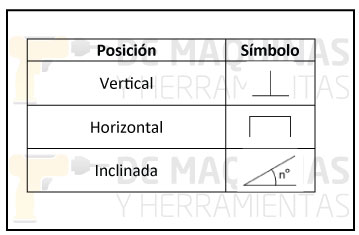 E. Accuracy class: It is symbolized by a number that indicates the percentage error that the apparatus commits. The precision is characterized by the reduced error, which is the quotient, expressed as a percentage, between the Absolut mistake instrument and maximum value that can be measured with the apparatus (i.e., the scope). The reduced error is used to group the measuring instruments into precision classes. There are seven classes of precision, between 0.1 and 5 and based on this, the application of the device will be given. Eg. an instrument of class 1 has an error of 1% on its full scale.

F. Operating mechanism: only some symbols are included, without considering those that distinguish logometers (quotient measuring instruments). 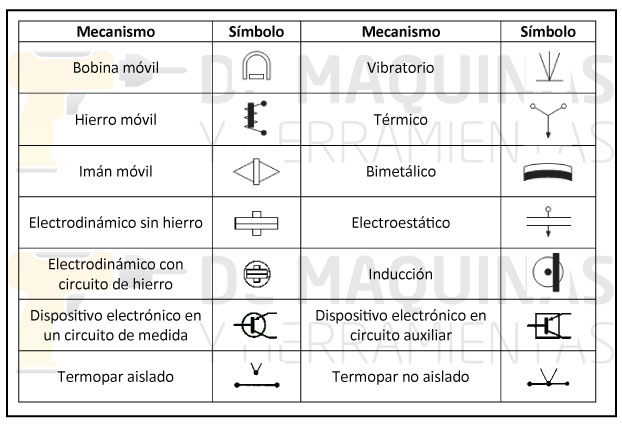 All this symbology of the analog instruments for electrical measurements It is attractive, but how is it applied in practice? As an exercise, let’s look at some examples in the table below. The instruments shown have their symbols printed in the lower left corner (surrounded by a red mark and enlarged in the next column of the table) and the letter that symbolizes the electrical magnitude they measure is located at different angles of the sphere. 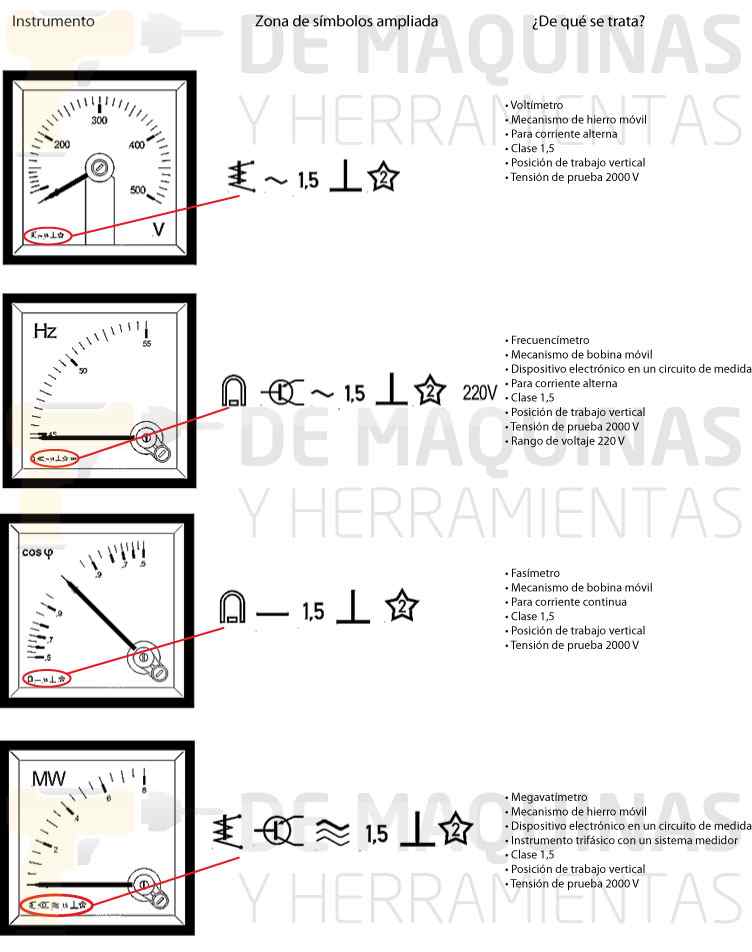 What are Multipurpose Lubricating Oils?

What is the nomenclature of cutting inserts or “inserts”?

Construction Tripods How to choose it based on the work to be done?