What are Gauge Blocks? 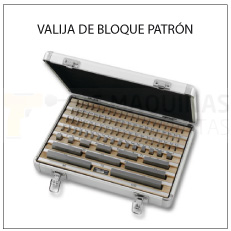 The pattern blocks, coves or gauge gauges, longitudinal gauge blocks (GLP) or johansson blocks -in honor of their inventor- are solid pieces in the shape of a parallelepiped, in which two of their parallel faces (or measure faces) have a very fine specular polish that ensures exceptional parallelism Y flatness, being able materialize a specified length with elevated precision.

They are generally presented by sets of a variable number of pieces and thanks to the fine finish of their measuring faces, they can be adhered to each other by means of a simple manual sliding, combining in the necessary quantity to have any existing nominal value within their field of use. , with steps down to 0.5 microns.

From these characteristics it follows that pattern blocks They are the most precise materialized length devices out there. Since they appeared on the market, at the beginning of the 20th century, and until today, their design and construction has constantly evolved and today they are subject to compliance with the international standard ISO 3650.

That is why the requirements that must be met by pattern blocks they are rigorous and are based on their ability to be calibration instruments. These requirements are:

Materials that make up the gauge blocks

The pattern blocks are generally built in steel, but they are also presented in other materials of greater hardness and resistance, such as heavy metal and the ceramics, so the use of pieces of one or another material will depend on the budget and the application.

The average hardness of steel used in pattern blocks It is 64 HRc (Rockwell scale) and presents great precision and dimensional stability, as well as a low coefficient of thermal expansion. However, parts require meticulous cleaning after use and storage conditions must be taken care of to protect them from moisture and corrosion.

The pattern blocks from heavy metal, generally tungsten carbide or chromium carbide, have twice the average hardness of steel and are therefore capable of offering a solid adhesion and great resistance to wear.

So far, the pattern blocks from ceramics they are the most resistant to wear and corrosion, and have the best adhesion and stability properties. They are pieces of zirconium oxide with a special treatment to achieve their exceptional characteristics, which reach an average hardness of 130 HRc. In addition, the advantage they have over metal blocks is that no type of magnetic impurities, for example iron filings or steel shavings, adheres, which would introduce errors in the measurements and damage the part.

Degrees of precision and uses

Even within each class of materials with which they are constructed, the pattern blocks are available in different qualities or degrees of precision (in numbers or, earlier, in letters), each grade duly classified by the ISO 3650 standard and subject to the tolerances stipulated by it. Once again, the use of this or that degree of precision depends on the application, according to the data in the following table. 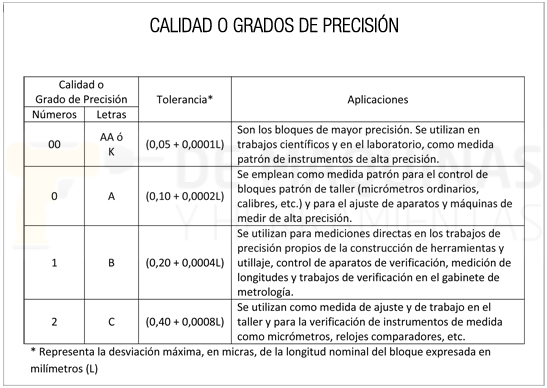 Presentation and coupling of gauge blocks

The situation often arises where a value that does not respond to any of the individual blocks must materialize, that is, it is more likely that we will have to materialize, for example, 12.028 mm than exact 10 mm. This situation is resolved through the process known as coupling, combination or mounting from pattern blocks.

By virtue of the fine finish of their measuring faces, the pattern blocks can adhere to these faces to form a coupling capable of reaching the measure we want to materialize. However, it is not about randomly grouping blocks, but about following careful rules to achieve the necessary precision and protect the blocks from any damage. We can summarize these rules in the following steps: 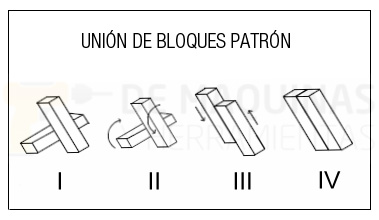 2) Unless extremely necessary, avoid the use of pattern blocks thinner, as they are very fragile and can easily deteriorate.

3) Always try to use the least possible number of pattern blocks (no more than five in total) so that the sum of the small errors of the block remains with a negligible value (<0.001 mm), although condition 2 must be respected. The more complete the set of pattern blocks, there will be a greater chance of using the fewest number of blocks.

4) Begin by choosing the blocks that determine the smallest values, for example, thousandths, then hundredths, tenths, etc.

5) For your protection, pattern blocks The thinnest of the group should be placed in the middle and the largest at the ends.

6) An attempt should be made to achieve a certain balance of values ​​between the pattern blocks thinnest and largest.

For example, suppose that we want to materialize the measurement that we exemplified previously, that is, 12.028 mm and we have a set of pattern blocks of 112 pieces.

Like all precision parts, extremely delicate and expensive, the pattern blocks They require extreme care, both in handling and storage, in order to avoid deterioration and loss of their properties. To do this, we must take into account the following:

Observing these cares, the useful life of the pattern blocks it is very long. It is common for manufacturers to also market mounting hardware, accessories, gloves, and cleaning kits together with sets of pattern blocks.

While the pattern blocks rectangular section are the most common, some firms also market pattern blocks square section, and both are available in metric measurements and in inches, with a wide assortment of games that meet the most demanding needs. 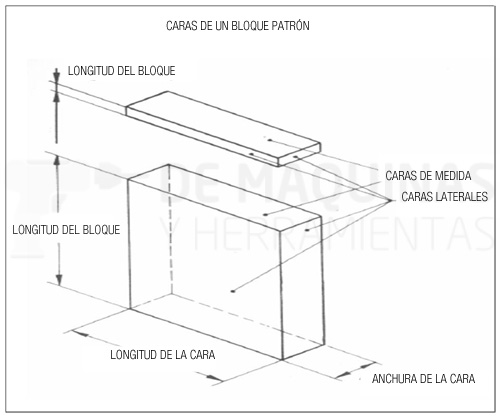 What to consider when choosing a Surface Laser Level?