What are the different types of welding? 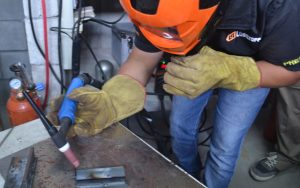 Welding has been known practically since ancient times, and has been one of the technological pillars to reach the Industrial Revolution of the 19th century. Without her it would be impossible to have achieved the construction of the machinery and engineering elements that we currently take for granted.

The oldest welding method is the one that is achieved in the forge, striking two metals together until they are joined. Although with the passage of time new techniques of welding, the principle is the same: strongly join two metals by alloying them together or through a third metal used as a flux. Next we will see the most used techniques today.

Different welding techniques for every need

Depending on the technique used, and the equipment needed, we can define different welding techniques which we will explain below:

It is a fairly simple, economical and popular technique, although its use in processes industrial has decreased lately. The best known is the one that uses the combustion of acetylene in oxygen, called autogenous welding, which allows a flame to be reached that exceeds 3,200°C. Its main advantages are its low cost and the ability to mobility their teams. The downside is the weather How long does it take for materials to cool down?

There are also methods of gas welding at significantly lower temperatures, such as that called brazing, which involves the use of a torch of liquefied petroleum gas mixed with air to achieve a flame hot enough to melt an alloy of tin with lead, used mainly in plumbing for the union of water pipes in domestic installations.

Autogenous welder used in this case as a cutting tool.

This is one of the most developed techniques, and there are many processes that are based on this principle. To achieve the welding a source is used electric power (either direct or alternating current) that allows metals to melt. 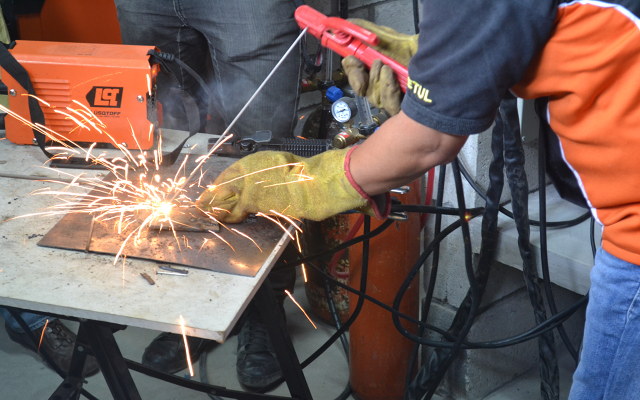 The process varies according to power source used, the type of electrodes, and the use or not of a gas or other material that alters the interaction of the components with the atmosphere.

In Spanish it is known by the acronym MMAW (Metal Manual Arc Welding, or manual metal arc welding). Electrodes are used in this process. of steel coated with a flux material which, with the heat of the welding, produces carbon dioxide. This gas acts as a shield against him oxygen from the atmosphere, preventing oxidation and the formation of slag on the weld puddle. The steel core of the electrode, when melted, joins the pieces and fills the spaces. Is a simple technique to learn, and the equipment it requires is accessible and readily available.

In Spanish, metal arc gas welding, or metal inert gas (MIG); is a technique similar to the previous one but uses a non-consuming electrode and a inert gas, which is supplied separately and which, due to its nature, prevents the formation of oxides and slag. It is also a simple technique to learn, but requires somewhat more sophisticated equipment. When requiring the application of a gas, not very suitable for outdoor work.

In Spanish it means flux-cored arc welding. It is a technique much faster than the previous one, although more susceptible to imperfections. In this technique, the steel electrode is filled with a powder material that when burned produces a shielding gas and a layer of slag that protects the weld. It is a process Semiautomatic, but that can be automated with the tools adequate. On the other hand, this technique can also be combined with the supply of a separate shielding gas to achieve better results. 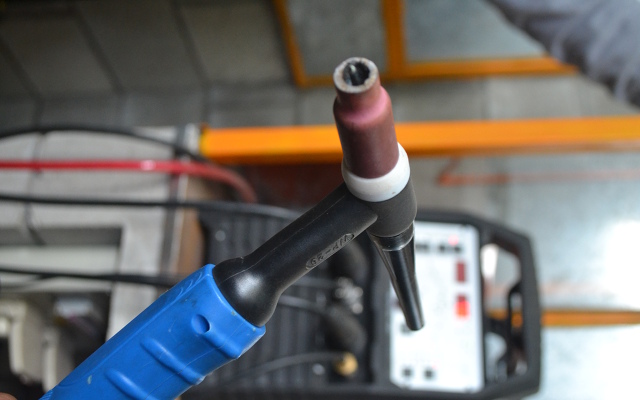 Arc welding with gas tungsten, or tungsten inert gas (TIG). In this process, the electrode is tungsten and is not consumed, and used inert or semi-inert gases as shielding. It is a slow and precise process, which requires a lot of technique, but allows you to join thin metals Y do delicate work. This type of welding is used extensively in the bicycle manufacturing.

Submerged arc welding. In this technique, a granular protective material which is applied as a constant flow over the arch, hiding the light and smoke generated by the process. the protective material isolate the solder from atmospheric contamination, it generates a slag that protects the weld and can contribute to the formation of alloys. In addition, it can be reused. This process is used on a scale industrial. 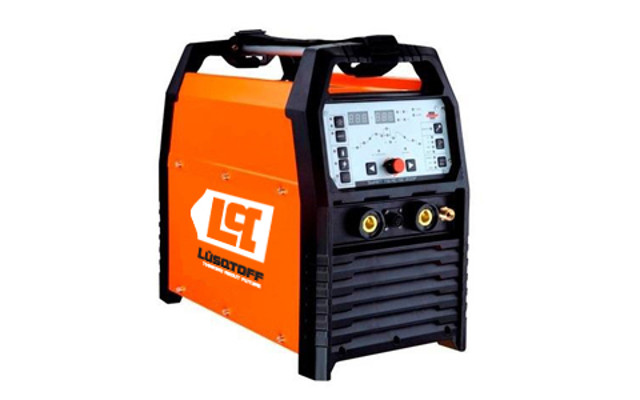 A special mention must be made for equipment that has IGBT technology, commonly known as investor. In this equipment, digital technology is used to operate grinding, frequency control and other parameters, but mainly computerized control of the cycle is also offered, something known as welding assistance.

Through this aid it is possible to achieve a much more efficient welding cycle in terms of consumption, a neater seam, completely eliminate the sticking or glued of the electrode using the hot start, achieve greater depth and penetration with lower power consumption, and reduce spatter in MIG and TIG techniques.

In this technique, a electrical current directly to the parts that must be welded, which allows them to be melted and joined. Requires equipment expensive and its applications are quite limited. The most used techniques are the so-called spot welding Y seam welding, which allow the joining of thin metal pieces, either in small joints or in long continuous welds.

In this technique, you can use a laser beam concentrate or a electron beam fired in a vacuum to achieve high precision welds. It is a process very expensive, but easy to automate. The technique is extremely fast, which makes it ideal for mass manufacturing processes.

They are techniques that put the pieces together without melting them. One of them is the application of ultrasound waves in a high pressure atmosphere, often used for bonding plastic materials. Another technique is explosive welding, consisting of collide two parts at high speed, causing materials to plasticize and bond without generating too much heat.

What to consider when choosing a cordless brush cutter?