What is a Combined Squad? 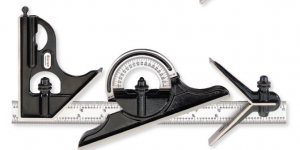 It might be thought that, in view of the multiplicity of different tools it contains, the combined squad It is a modern instrument, but nothing could be further from the truth. The combined squad It was created in the mind of the prolific American inventor Laroy S. Starrett in 1878 and since then it has not only been used incessantly in the home, construction, carpentry and metal work, but it was also the instrument that gave origin to the company that has been marketing it for more than 130 years and that bears the name of the inventor.

The great advantage of combined squad is that fulfills the function of various measurement tools separately that would occupy an entire workbench. There are several models that vary in complexity, in order to meet the needs of both the experienced professional and the apprentice or hobbyist, because essentially, a combined squad not only does the job of a tool plotting for parallel lines and right angles, but also the work of measuring instruments such as a graduated ruler, a squad, a depth gauge, a height gauge and a level.

Actually the name combined squad indicates that it can be used as a check square or one miter square (or bevel square), from which it differs in its appearance.

Basically the combined squad consists of a sheet or rule fitted with a series of useful interchangeable accessories, called heads, which can move freely along the ruler by means of a groove located in the center of the ruler. There are three different types of heads, as indicated in the following figure.

Thus, depending on the number of heads available, we will have combined squares of two, three and four pieces, where one of the pieces is always the base rule, which can even be used as a graduated rule, independently of the heads, which can even be purchased separately. and according to the needs.

Each of the heads is also composed of different parts, so we are going to dwell on the details that make up a 4-piece combination square. 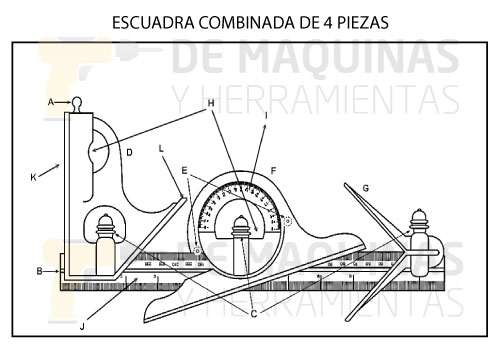 In the figure above we distinguish the three heads that move along the graduated ruler J by means of the coupling groove B:

Squaring head (D): It is built in cast iron and its usefulness extends to all types of work with right angles, although it can also be used as a depth or height gauge. It is provided with a fine-tipped metal scriber or pencil (A), a bubble level (H), a fixing screw (C) and has two sides for 90 degree angle strokes (K) already 45 degree (L).

Conveyor head (F)– Used to plot and measure angles with a precision of 1 degree. It has a conveyor mounted on a turret rotatable in any direction, which has a graduated scale I 0 to 180 degrees or 0 to 90 degrees. It also has a bubble level H and presents two side graduation screws (E) and a fixing screw C to rule J.

Head seeks center or centering (G): when attached to the rule J through the fixing screw C bisect at a 90 degree angle. Used to determine the center of a cylindrical part. It can be rotated around the cylinder so that, once two diameters have been marked, the center is located. It is also suitable for measuring the actual length of a diameter.

The rule (J) It is made of high carbon steel, hardened and tempered, to avoid wear that could reduce the precision of the instrument. It can be graduated in metric, imperial or both systems and is usually 300mm long.

A few simple illustrated examples will serve to understand how to use this useful tool using each of the heads. 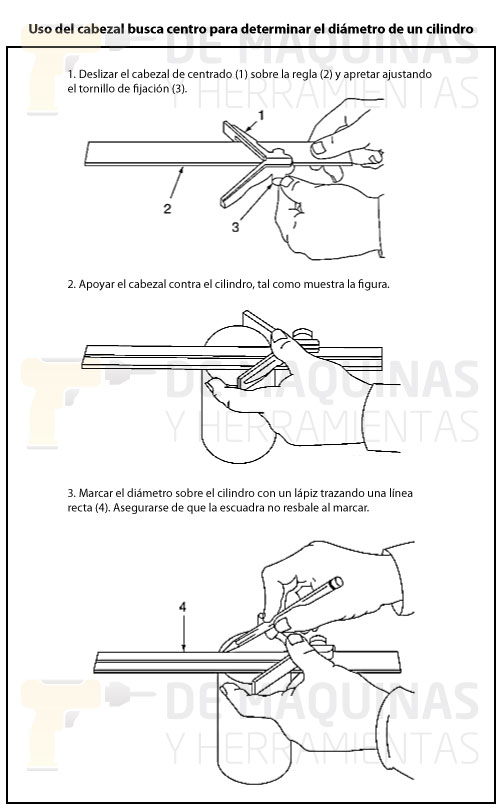 How to use a Combined Squad?

How to use the transporter of a Combined Squad?

How to use a Combination Square to measure depth? 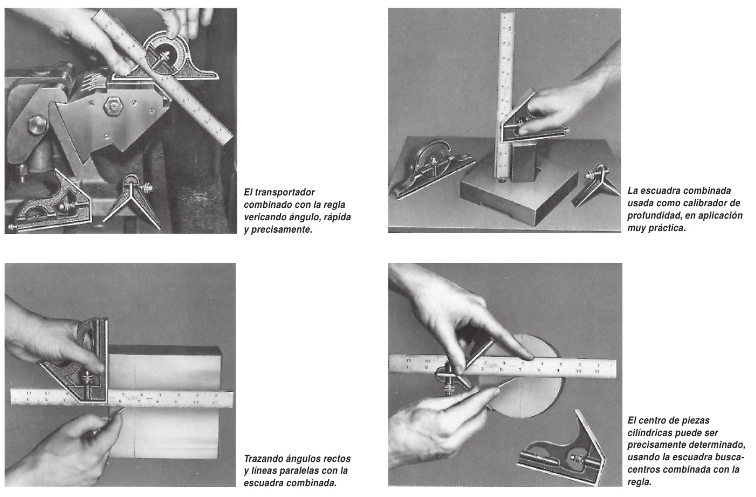 How to care for a combination squad?

The quality of the combined squares and the precision of their measurements depend not only on the material in which they are built, but also on the care that is devoted to them. Therefore, they must always be kept clean and after each use it is advisable to apply a light layer of oil to all metal surfaces. Any loose component (set screw, metal scribe, conveyor turret, etc.) will destabilize the tool, reducing its accuracy. Therefore, any defective heads will need to be replaced.

With proper care, the combined squada is an instrument intended to last for a long time. 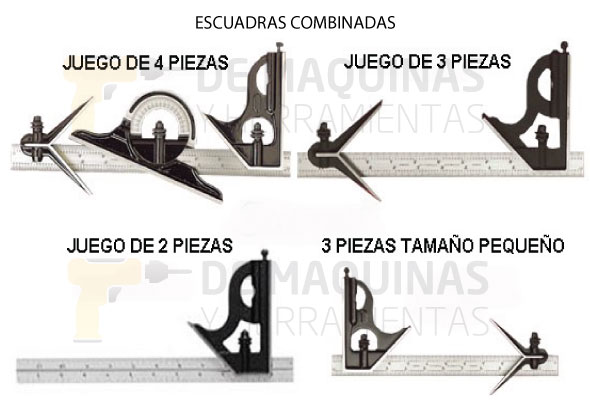 What is aluminum machining and what are its main functions?

Mini Compressor – How to choose it and what are its main features?