What is a Swiss Army Knife, what are its types and how does it work? 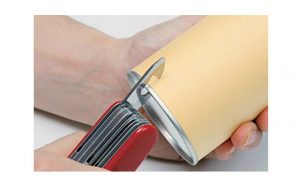 This well-known and versatile tool, is a powerful instrument with pocket design and manual implementation. The now world famous Swiss knife, had its origins as a knife created specifically for the Swiss Army. Its original design only had a blade, a screwdriver so that the soldiers could assemble and disassemble their weapons, a can opener for food, and a hole punch for harnesses and saddles.
This initial model was created by Karl Elsener in 1891, and since then the acceptance of the Swiss knife has only grown exponentially, until becoming a tool referential and classic, worldwide.

What is a Swiss Army Knife?

It is a multi-purpose manual tool, which has a pocket design, which makes it incredibly portable and very user-friendly. The tool It has a metal or plastic handle, which contains a set of instruments with different functions inside.

These instruments are attached to the handle by means of a mechanism that rotates around a pivot, which allows users to select and extract the required instrument for use. In general, a Swiss knife standard or basic contains a knife, a screwdriver, a scissors, a bottle opener and a file.

The parts or instruments of the Swiss knife, are made with high quality materials, such as stainless steel, chrome and molybdenum. This with the aim of ensuring the resistance of each of the devices, as well as the quality of the tool per se.

There are many designs and types of Swiss knife, which present varied combinations of instruments within their handle. There are Swiss knives that have 5 devices and some that have up to 20. Of course, the presentation or design of the handle varies depending on the model, and endless options can be found on the market.

manufacturers of Swiss Army Knives they have created several models, focused on certain professions or activities. For example, the model for the military, firefighters, fishermen, explorers, campers, among others. These designs have specific implements for each profession or activity, in addition to the basic devices of the Swiss knife standard.

On the other hand, there are also models of the tool designed for ladies and gentlemen, which have different presentation and sizes.

Features of a Swiss Army Knife

Applications that can be run with a Swiss knife, depend on the instruments that each knife model has. We will describe the most common devices present in this multipurpose tool.

This is the basic instrument of Swiss knife, every model has the blade. Designed with a sharp edge, it can be used to cut various items, such as food, rope, cloth, etc. Also, it can be used to sharpen branches or any other object. The blades are presented in different sizes, depending on the model of the Swiss knife.

It is very important that it is handled with care, and the blade is kept on the inside of the handle, when not in use.

Another very useful device is the screwdriver. The basic model is the blade screwdriver, perfect for tightening or loosening small screws. Some models of Swiss knife They have a cross or Philips screwdriver, and they also present this instrument in a medium size, which allows working with larger screws.

Although its size is small, this device is capable of making cuts in bags, envelopes, hair, packages in general, and is much easier to transport and handle than conventional scissors.

Very useful, this instrument allows opening bottles whose caps do not have a thread. Ideal for explorers or campers, even for use in the city when you have the traditional bottle opener.

The file of the Swiss knife It allows smoothing and correcting irregularities in surfaces, such as nails, wood and some types of metals.

This is one of the instruments of great relevance within a Swiss knife. By keeping a firm grip on the handle of the tool, the sharp tip of the can opener can be applied to cut the lid of the container very easily.

Although it is not one of the basic instruments of Swiss knife, some models have a ruler in inches and centimeters.

To cut cables or wires, the pliers provided by some Swiss Army KnivesThey work without problems. 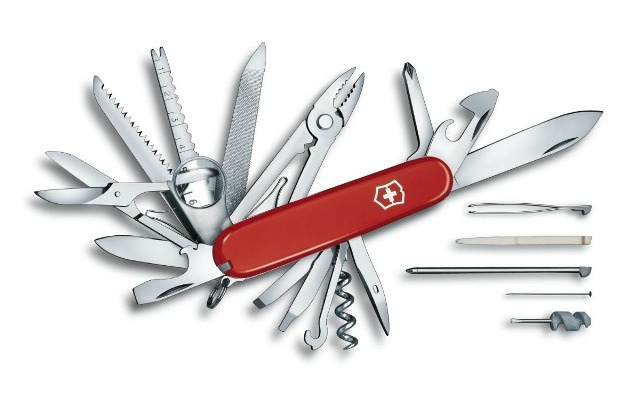 Some of the instruments containing various models of Swiss knife, are the following:

With the passage of time and along with technological advances, the new models of Swiss knife, include modern devices that allow the facilities provided by technology to be at hand.
Among these new instruments, we can mention USB devices that generate files such as “WMA”, “OGG” and “MP3”. These can have a memory of 1GB and 2GB, and also have a remote control. 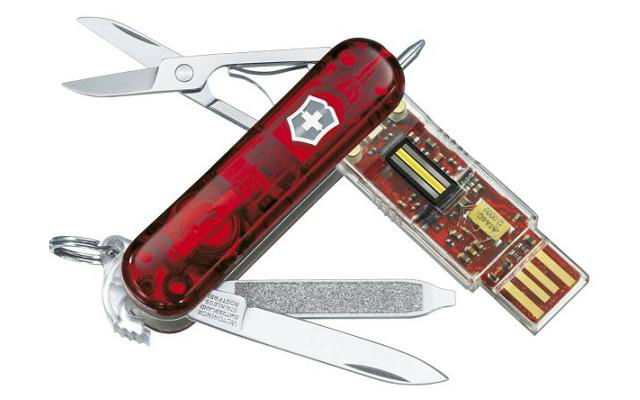 To further facilitate portability, the Swiss knife It has a hoop or ring for keys. In this way, you can link the tool to your car or house keys, ensuring that wherever you go, you’ll take the multi-tool with you.
This ring also allows you to attach the Swiss knife to bags, belts, pants and jackets, in such a way that you have easy and quick access to it.

The Swiss Army Knives they constitute a multifunctional tool, of great resistance and that thanks to their versatility have managed to position themselves as a classic in the world of manual instruments.
Without a doubt, it is a tool that we will continue to use in endless applications over time.

What is and what does the corrosion process in a tool imply?