What is a wire stripper and what are its types? 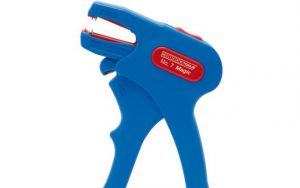 The wire stripper they are a key tool: they became necessary with the arrival of electricity to the population and industry in general. But it was only recently that some manufacturers began to offer the wire stripper with greater attributes to facilitate work, offering the same functionality but taking care of the physical integrity of those who use them.

The best wire stripper They are those that protect the operator’s hands without sacrificing efficiency in the two operations for which they are designed: stripping cables and cutting them.

What are wire strippers?

Basically, they are tweezers wire stripper that allow sectioning or winding of electrical conductors without risk of accidents for the operator. Sometimes they even allow to improve the efficiency of the operation, being, in this case, superior to the wire stripper or traditional pliers that do not have certain security measures.

Safety in operation is achieved in different ways: some wire stripper they have a hidden edge or they have some system that prevents the contact of the fingers or the hand with that edge when it is exposed.

There are also different types of wire stripper: there are those for general use or specific for certain types of cable, such as coaxial ones.

What damage can unsafe wire strippers cause?

There are three risks in operating a wire stripper without taking the corresponding safety measures: cutting, pressure and electrocution. 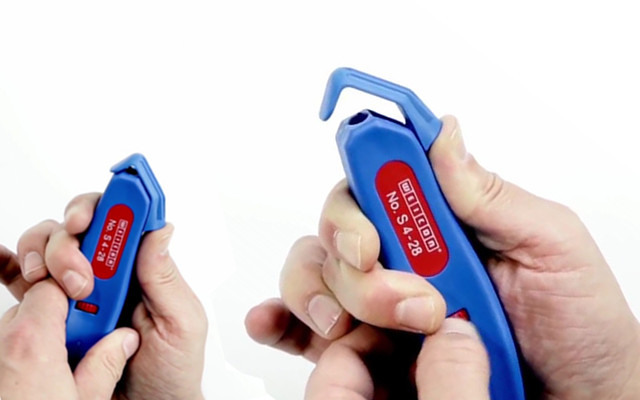 They allow stripping (and optionally cutting) any type of cable, although their use is not recommended for coaxial cables, since their cutting edge is not specifically designed for that type of electrical conductor.

There are two different models: tubular and with mechanisms that prevent contact of the edge with the body. The former contain the edge within the tube; they open laterally, thus allowing the cable to be placed inside the device, then they close and the cut is made in a circular and progressive manner. Once the desired cutting depth is reached (adjustable by means of a slider), the sheath is stretched and slides easily, exposing the conductor (if it is a single-core cable) or the internal cables, if we are winding a cable of double insulation (such as workshop cables, for example).

Like the rest of the products of this type, they prevent skin cuts, pressure pinching and electrocutions. 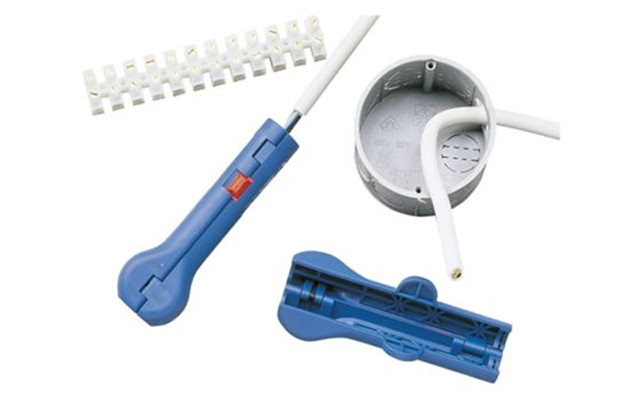 They are designed to be easily handled in those places that, due to their layout, prevent easy access with other tools. They are also useful when precise stripping of a cable with only a small stub remaining is required.

There are different circumstances that make it desirable to work with this special model: when installing mortise fixtures (which requires stripping cables that are installed deep in a hole in the ceiling, or inside boxes that are difficult to access), or when the final segment of the cable is very short, and we want to avoid a failed stripping operation that would leave us with an unusable cable.

The operation is very simple: the tube is opened, the end of the cable is placed inside, measuring the section that we want to strip, the tool and turns it around; thus, the internal edges will begin to cut to the desired depth, thus exposing the conductor and without the need to unnecessarily stretch the cable or risk making a failed operation that leaves us with an even shorter cable.

It should be noted that the operation is extremely simple and safe, thus avoiding the risk of cuts, pinching, electrocutions and poorly made cuts. 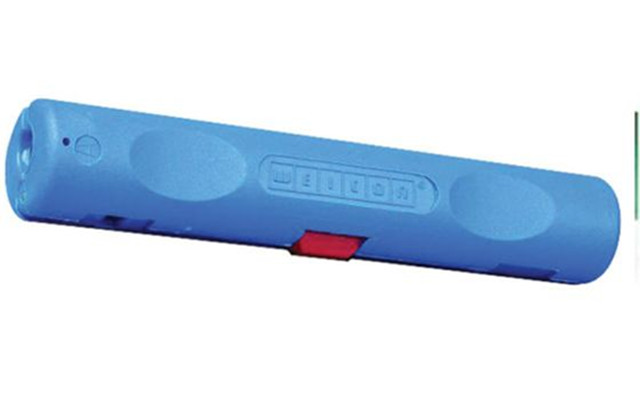 These models are generally of tubular design, and house the cutting edges inside, so their operation is totally safe, even on energized cables.

They differ from wire stripper general purpose tubulars in which the blades are designed to cut through the insulation without damaging the internal mesh. Additionally, they also allow the internal sheath to be cut, with which these models offer a neat and safe cut on coaxial cables.

What should I look for in a wire stripper?

The wire stripper Ideally, it should offer protection against the three types of accidents that we saw earlier (cuts, pinching due to pressure and electrocutions), without prejudice to the operation for which it was designed being affected: stripping and, optionally, cutting the cables.

In addition to these parameters, a good gripper wire stripper It must offer a good grip (that is, prevent it from slipping due to the presence of sweat on the hands) and an anatomical posture, which does not stress the joints.

In short, look for those tools that possess the following qualities:

Safety in the use of the circular saw