What is an encoder, what are its types and what are they for? 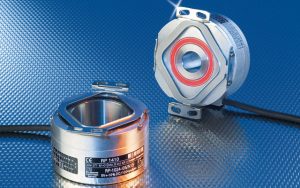 It has been around for several years and many times we take it for granted. The encoder —also called encoder or pulse generator— is a fundamental piece of engineering for industry and the workshop. But what is this encoder and what is it for?

The encoder It is an electromechanical device that allows mechanical movement to be encoded into different types of electrical impulses: binary digital, analog based on a wave, pulses, etc. In this way, a encoder it is an interface between a mobile mechanical device and a controller.

There are two main types of encoder or Pulse generator: linear and rotary; in each group there are different types of encoding (absolute and incremental) and electromechanical operating principles that we will see below.

In these sensors, a magnetized tape or one made of a variable magnetic reluctance material is used; the position is determined by means of magneto-resistive reading heads or with solenoids.

The main problem with these sensors is that, as can be easily deduced, they are susceptible to strong magnetic fields, so they are not recommended in environments where there are high electromotive forces, such as high voltage transformers or large motors in the vicinity.

As an advantage, they are very reliable in reading, and relatively inexpensive. They can achieve resolutions on the order of micrometers. 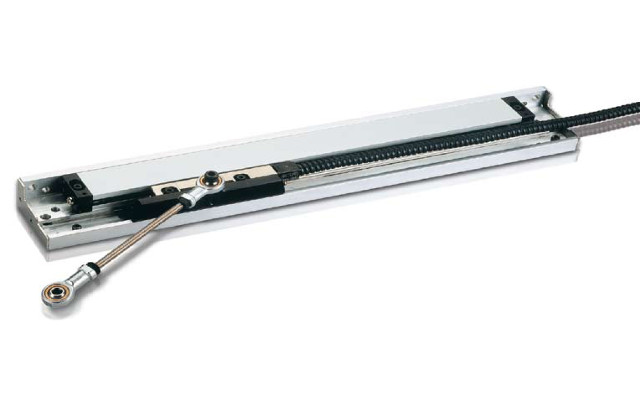 These encoder They work on a simpler principle than the magnetic one: an optical sensor registers the changes on a tape, which can be encoded in Moiré, holographic or other patterns.

The main advantage of this type of encoder It is the great precision that they allow to reach, of the order of tenths of a micron. Another great advantage is that it allows operation without the need for physical contact between the parts, making it suitable for applications in which friction must be avoided.

On the other hand, the main disadvantage is its great susceptibility to dirt in the form of particles, so it is necessary to ensure the hermeticity of the assembly. 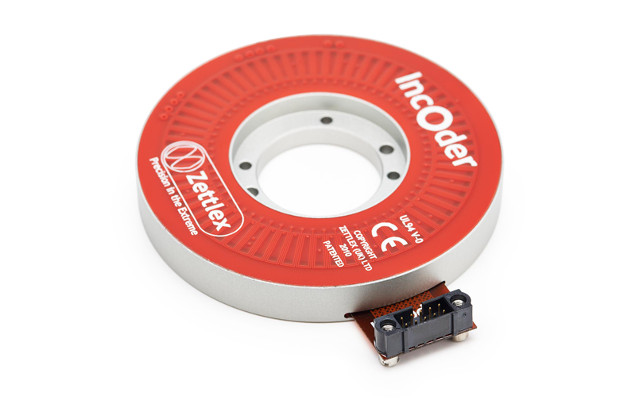 This sensor operates by measuring the capacitance between the scale and the reading head. Because the reading is done without physical contact, it is mainly used in measurement applications: gauges, dials, etc.

Its disadvantage is that it is susceptible to the presence of dirt on the reading head or on the scale, so its hermetic closure must be ensured for error-free operation.

This technology is the most robust, and allows its use in environments where it is impossible to isolate the instrument from contaminants such as coolants or particles. On the other hand, we can say that the precision is not as high as in the other options.

This model —patented— consists of a scale in which non-magnetic materials of high and low susceptibility are interspersed, which allow detection through the analysis of the variation in inductance within an alternating current circuit.

This type of encoder is mostly used in encoder rotary.

Beyond the technology used to carry out the measurement itself, we can differentiate these instruments according to the type of movement they allow: a linear movement or a rotary movement with respect to an axis.

It is the simplest type of encoder or Pulse generator; a clear example of its existence occurs in digital calipers, where the measurement is shown on a digital display: behind the moving part (slider) there is a encoder capacitive that is responsible for reading, by interpolation, the distance traveled from zero.

basically a encoder Linear is made up of a fixed module and a mobile one (the one that joins the moving parts of the machine with which the interface will be made). The fixed module contains the sensor and electronics necessary to detect and measure movement, and convert it into electrical impulses intelligible by another digital or analog circuit.

The reading module can use different technologies to measure the position of the moving bar. 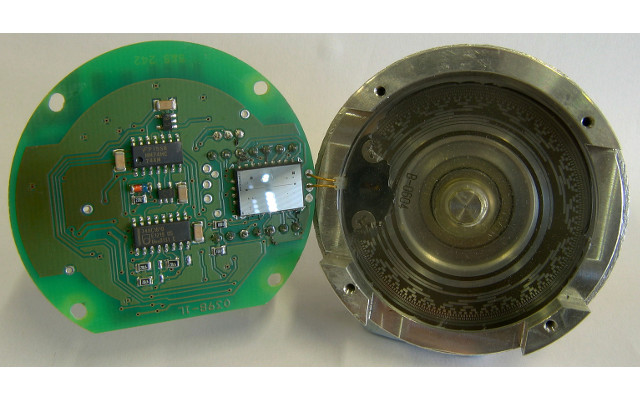 In these devices, the reading is done on a disk, on the face of which is the coding that allows discerning the angular position —which, as we will see later, can be relative or absolute— with great precision.

The most common uses are in industrial machine controls such as CNC milling and lathe spindles, robotic arms, electronic instrument controls (dials) and you can even see them still on old computer mice or some trackball.

The way the encoder —regardless of whether it is linear or rotary— it detects the movement and will allow the position to be established in a relative or absolute way.

This type of encoder detects movement —and the distance traveled in that movement— thanks to the differential detection of two values ​​encoded on the detectable surface.

The advantage of this system is that it is cheaper than the encoder absolute, and that allows maintaining the same precision regardless of the length of the moving part; as a disadvantage we must point out that, to initialize, the system needs to position the encoder in a zero predetermined.

In this case, the coding on the surface of the moving part includes the real position from the zero point of the scale; In this way, it is possible that the instrument know its position without having to move it. This is particularly useful when for some reason the machine, to which it offers an interface, is rebooted.

The disadvantage is that more encoding tracks are required to include the position information; something that, as more length is required with the same precision, makes the necessary electronics more expensive.

Demolisher – part II – How to choose the most suitable one? Tips and recommendations