What is and what does the corrosion process in a tool imply? 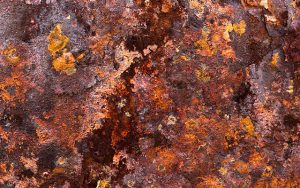 The corrosion in a tool it is a problem and also an indicator of lack of maintenance. It occurs due to various factors —basically due to contact with corrosive agents— and it is one of the most common incidents both in the industry and in the garage.

There are different treatments to prevent corrosion in a tool (this is a topic that we will see later) but first we need to know how it is formed, and what implications it has for safety and hygiene.

Corrosion in a tool: an indicator of lack of maintenance

It’s happened to all of us: a hammer left outside, a rainy night and a sunny but wet morning are enough to turn a polished and shiny tool into a dull and rusty one.

Corrosion in a tool occurs when it, generally made of ferrous metal, comes into contact with a corrosive agent such as salt water, ambient humidity, certain acids or corrosive or oxidizing chemical products.

Most ferrous material tools are made in alloys that help develop some resistance to rust, but few tools—except perhaps those stainless steel tools made of special steels such as AISI 304, or made entirely of noble or resistant metals such as aluminium, bronze, copper, titanium or tungsten— they are completely immune to the corrosive action of the environment.

Very few metals are immune to oxidation. Gold and platinum, for example, resist it admirably, but no one would expect to buy a hammer made of those metals.

Various passivated tools. Note that this dark, matte appearance is an oxide layer that protects the ferrous metal from rust.

Contrary to popular belief, rust can be beneficial to a metal; In the case of aluminum and titanium, for example, the thin layer of oxide that covers the surfaces prevents the access of oxygen to the lower layers, thus naturally protecting the piece. The rust is a type of iron oxide, FetwoOR3, which when hydrated considerably changes its volume, causing the metal to shelling and peels off, exposing the underlying metal, and the cycle repeats.

unlike metal self-passivating Like titanium and aluminum, iron and carbon steel require special treatment to prevent the appearance of the rust. Depending on the steel grade, it is possible to carry out passivation in nitric acid, bluing (a treatment widely used in the arms industry) or other treatments based on a coating with enamel, paint or epoxy resins.

Causes of rust in tools 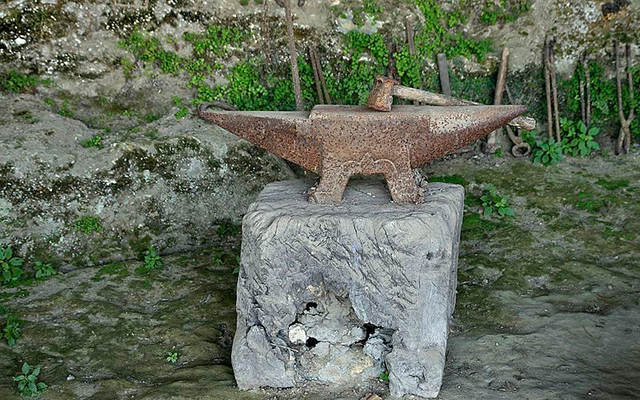 A long-forgotten anvil out in the open shows us the effects of corrosion on a tool—especially the hammer placed on it.

What causes the appearance of rust in our tools? Mainly the lack of maintenance, or the inappropriate maintenance of them.

All tools made of carbon steel or iron need at least cleaning after use, and coating with mineral oil to prevent oxygen contact with the metal.

The presence of oxygen and moisture in the atmosphere precipitate corrosion in a tool. The higher the humidity, the greater the risk that the metal will begin to develop rust.

In addition to air and humidity, other factors that trigger this phenomenon are corrosive agents such as acids, flames from an oxidizing atmosphere, corrosion galvanic (prolonged contact with other metals, which triggers the transmission of metal ions) and the adherence of dirt containing organic compounds.

Which tools are most at risk of rusting?

All tools are submittable rust, but some run greater risks, due to the type of action they allow. We will see below a list of them.

These tools are in constant friction and rubbing, so their surface suffers daily exposure to air and moisture. 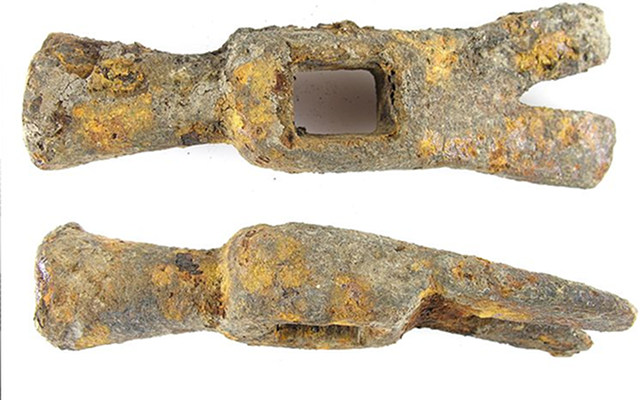 Hammers and axes are generally used as impact tools, and the area of ​​greatest risk is the head, especially the tip. Also the area where the handle is embedded, where there is usually moisture or accumulation of dirt.

Nippers and pliers are used to cut materials such as wire and cable; often the presence of rust It manifests itself more clearly in the cutting areas, on the edges. It can also occur on the handles, below the insulation if it is not sealed to the metal, since some corrosive liquid can leak inside.

Another factor of corrosion In these tools it is the inappropriate use, when used to cut live cables that, when disconnected, cause a voltaic arc that corrodes the metal, exposing it to oxygen in the air.

The fixed keys, made of carbon steel, have corrosion when they are used inappropriately, or when the mouth of one of them has suffered wear or friction.

English, French or Stillson wrenches usually have rust in the area of ​​the endless screws and in general in its moving parts. Also in the jaws which, by their nature, are difficult to clean.

The parrot beaks rust under the handle and in the area of ​​the jaws; also, although more rarely, in the position selection zone.

The floats, spoons and spatulas, used by masons, are tools subject to a great risk of corrosion, since they are in permanent contact with corrosive or oxidizing substances, and are rarely completely cleaned after use. 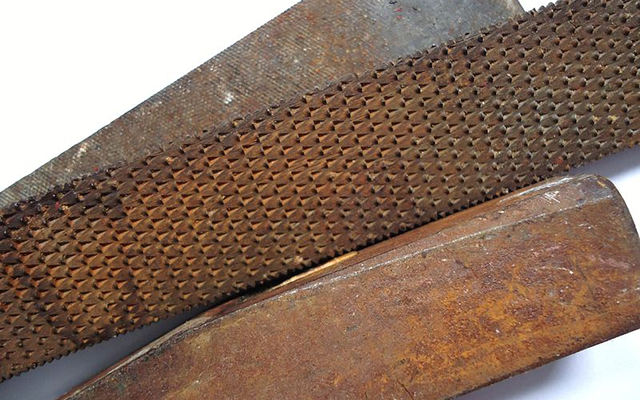 Normally one would expect these tools to be self-cleaning, but contrary to expectations, the constant friction they suffer means that there is always at least one area of ​​ferrous metal exposed to moisture and oxygen from the environment.

What to consider when choosing a DC TIG welder?

How to choose foam car polishing pads and how many types are there?