What is No Dig technology and what does it mean for the industry? 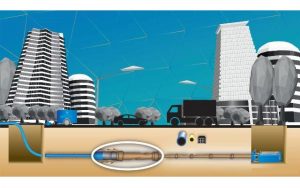 First we must start by defining what exactly is the No Dig technology, what does it imply, and what changes does it bring in the way in which the industries.

What is No Dig technology?

The non-dig technologies or trenchless technologies, are new horizontal excavation machinery that allow large pipeline installation projects to be carried out without the need to dig trenches. This revolutionary technology is not as new as you might think, it is just unknown.

The first predecessor of modern non-dig technologies it was the Grundomat, also known as a “mole”. It was a pneumatic hammer with the ability to dig horizontally by compacting the earth. This technology appeared in the mid-1970s, when a company realized how problematic it could be to have to dig a trench, breaking up newly paved roads, in order to install a pipe to carry water.

Since then, these machineries have come a long way to the point where large projects can be undertaken. They can be done from installations, of water, electricity or gas, to oil pipelines, without having to carry out excavations, cut streets and, above all, without disturbing the citizens. In a future where 70% of the population is expected to live in urbanized areas by 2050, non-dig technologies may be the answer for new methods of construction sustainable.

The Impact of No Dig Technology

By being able to dispense with all the labor and machinery involved in digging trenches to make underground installations, we can see how No Dig technology It can change in many aspects the work of public and industrial works. The technology trenchless (by its most commonly used English term), can greatly impact many industries, thanks to all the advantages that it can bring unlike the methods of construction and traditional excavation. 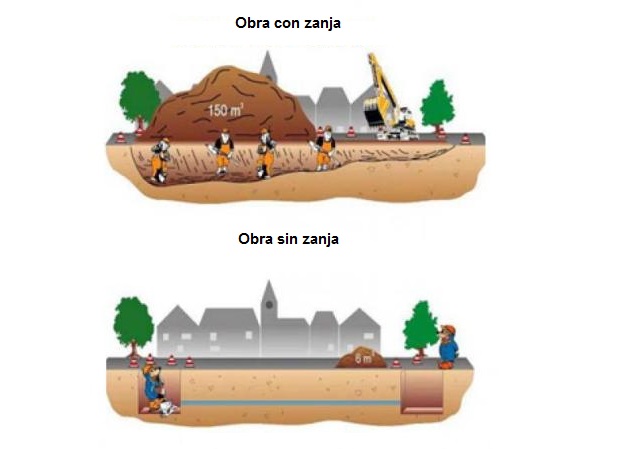 The trenchless excavation machinery have been approved by the UN as sustainable technologies that favor the development of industries in a framework of environmental protection.

With all of the above, it would be assumed that the non-dig technologies should already, by now, have been adopted by all industries. The truth is that, although the technology is available and accessible to all, there are still many social and political barriers to its widespread adoption.

Applications of No Dig Technologies

There are a multitude of areas where the non-dig technologies within different industries, but we can classify them into two broad categories: 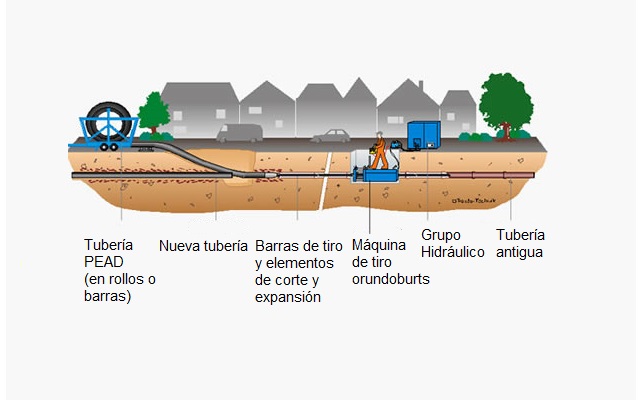 The application of these technologies always depends on several factors, such as the type of soil, the type of construction, the current regulations and legislation where you work. The main reason for its lack of use in the vast majority of areas is simple ignorance, but this can be a great obstacle. Any company planning to offer technologyias No Dig, should be given the task of providing all the necessary information. A deep case study for each project where you want to present. Support technologies exist for these studies: 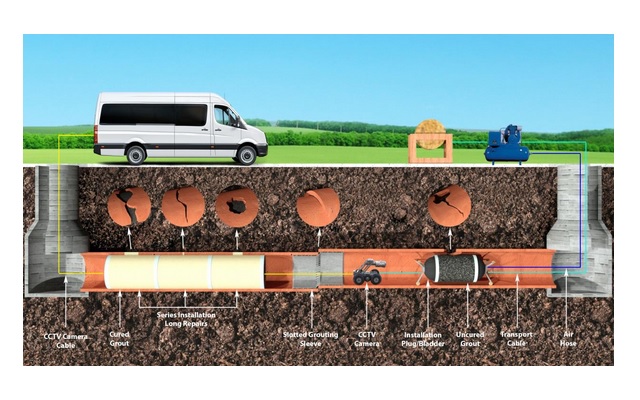 How No Dig technologies could impact the industry

With everything described above, we can determine that the widespread use of these technologies, which have been used for quite some time, can have various impacts on the industry. Mainly, the non-dig technologies They are intended for use by municipalities and utility companies. construction who work in the public sector. Being able to carry out electrical, telephone or sewage lines without digging ditches can eliminate all the inconveniences that public works usually bring.

The costs, both economic and socio-environmental, can be greatly reduced with the application of trenchless technologies. No need to break up large chunks of asphalt, no noise noise, no traffic stoppage, no parking space limitation. Dangers for pedestrians and risks of accidents due to necessary detours in traffic are reduced when traditional technologies are implemented.

At the same time, it must be taken into account that the same industries suppliers of traditional machinery will have to adapt to this great change. Certain machinery will fall into disuse, and new ones will have to be acquired. Manufacturers will also have to adapt to making these new machines and stop producing the old ones, but this may also mean opening up a new market niche.

Mini Compressor – How to choose it and what are its main features?

What is a bench drill? A guide to getting to know it well

How to choose a laser level for large works and renovations?