What is the nomenclature of cutting inserts or “inserts”? 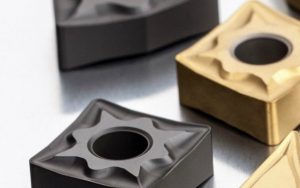 In a previous article, we have made an introduction to begin to address the subject and in this article, we delve into the issue to analyze how to classify these cutting inserts according to different criteria, given that the ISO prepared a standard —number 1832— that we will see below.

The classification of cutting inserts is given according to ISO 1832, which standardizes a code of the form:

In which the first four letters indicate, respectively, the geometry, the angle of incidence, the tolerance and the clamping-chipbreaker system.

The first two numbers indicate the size of the cutting edge and the thickness of the insert.. They are two-digit numbers each. that may or may not have a leading zero, or a letter.

Finally, the third number corresponds only to inserts for lathes, and specifies the radius of the cutting tip.

The cutting inserts They can be made in different shapes: squares, pentagons, hexagons, circles, parallelograms, diamonds, rectangles, octagons, etc.

The first letter of the code describes this geometry, including the angle of the face with respect to the horizontal.

It is the angle by which the insert will be able to start chips. Together with the edge and rake angles, they make up the point at which the insert achieves less friction against the material.

As a guide, the following table provides us with the approximate angle of incidence according to the material to be roughed and the type of tool.

It is the tolerance, expressed in millimeters, of the measurements of the insert. It is usually a number expressing a minimum and maximum tolerance, in the form ±n,nnn.

This letter indicates both the presence of holes —with or without countersink— to hold the insert to the tool holder as presence of chipbreakers.

The number corresponding to the size is two figures and indicates, according to the geometry letter, the length of the cutting edge in millimeters. This number can have a leading zero, or a letter.

The second code number, As the name implies, tells us the thickness of the insert.

Lastly, the radius of the nose or tip gives us an idea of ​​the shape of the cutting tip. This last value can be represented by an integer or a letter, and specified only if the insert is intended to be used in lathes.

So far we have seen the coding pertinent to the geometry of the insert. What about your stuff? Well, for this there is a color code, standardized by ISO 513, very simple, which covers the materials available on the market. 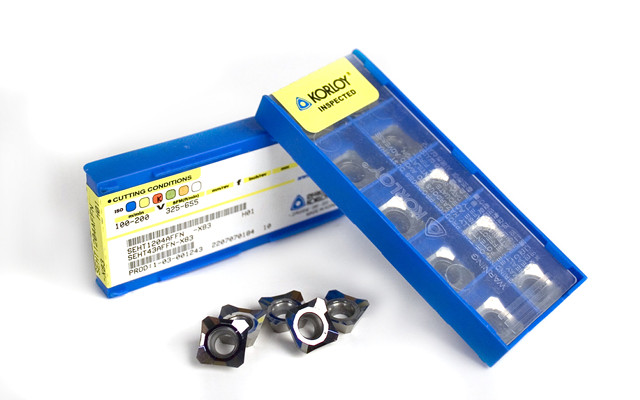 Suppose we have a blue box of inserts for milling cutters, with code SEHT 1204. At first glance we see that they are squares (according to the first letter, S, of the geometry code).

The following code, T, indicates the presence of chipbreaker and clamping hole; In this case, it has a double countersunk hole at 40-60°, and a chipbreaker on the upper face.

As for the measures, the first number, 12, tells us, according to the letter S, that the size of the cutting edge is effectively 12 mm.

Finally, the color code (blue) indicates that the insert is used to machine carbon steels except stainless steels and steels with an austenitic structure. 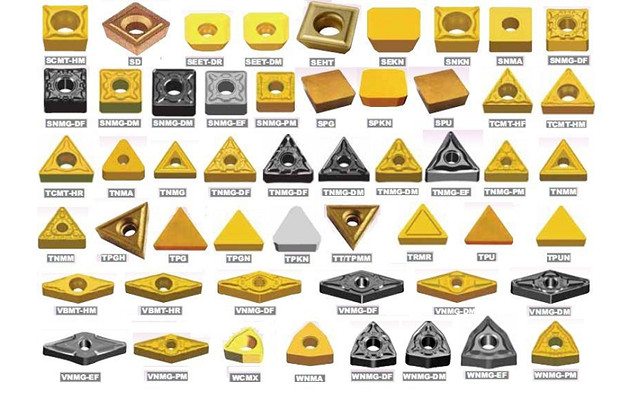 Diagram of shapes and letter codes – Nomenclature of cutting discs

10 things to know about the dry wall sander