When, how and why change the blade to the safety cutter? 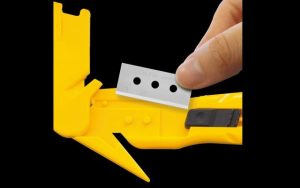 With the advent of the cutter, invented by the Japanese Yoshio Okada in 1956, cutting tasks in offices and workshops were simplified and streamlined thanks to its interchangeable and segmented blades, which allow you to eliminate a dull section and replace the entire blade with great ease. However, with the appearance of this versatile cutting instrument came accidents due to the great edge of its blade. The safety cutter was the answer to that problem.

Why is it necessary to change the blades on the safety cutters?

The edge of the blade is the most important aspect of a safety cutter. If the cutter blade is not sharp enough, it will take more force to cut, the cut will be more irregular and there will be greater risks of damaging the product or having an accident.

Safety cutter blades are generally made of stainless steel, which is relatively hard (approximately 72 on the Rockwell A scale) but not as hard as other more modern materials, such as zirconium oxide ceramics. In any case, sooner or later the safety cutter blade it will lose its original edge.

Loss of edge can be caused by several factors: natural wear, use on unsuitable materials, exposure to corrosive media or atmospheres, or improper use. In any case, a worn or chipped edge will cut badly, tearing the material and exposing the operator to greater efforts and risks.

When is it necessary to change them?

There is no single answer to this question, as replacement times depend on the intensity of use, the materials cut, and the environment where the safety cutter is used and stored. 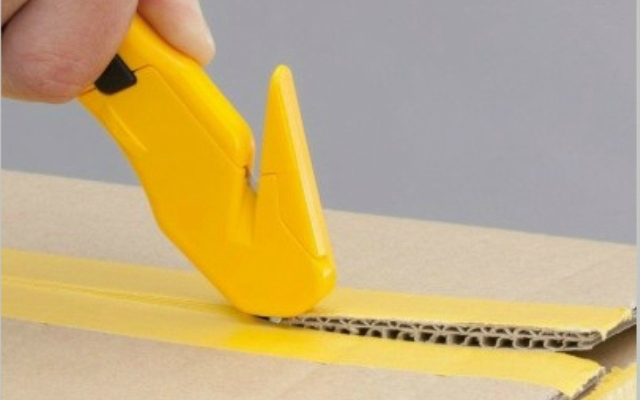 You can use this method by also comparing the first cut with the successive ones. You will notice, after certain operations, that it is more difficult to achieve the same result. If the edges of the media are torn, replace the blade immediately.

It is also necessary change the cutter blade if it has been cracked or nicked for any reason. Even if the damage is located in a small sector and the blade maintains the edge in the rest of its body, a dent will cause that, when cutting a thicker or harder material, it will tear and cost much more effort to work. In addition, the breaking of the cutting edge will make the cutter blade corrosion.

How to change the blades of a safety cutter

Changing the blade (or head, on some models) is a simple operation, although it must be done carefully. For this work, it is important to use mottled gloves, since, when handling the blades directly, it is possible to suffer cuts. 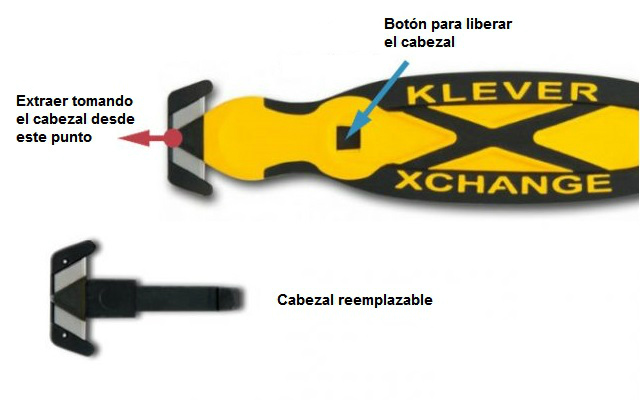 The blade replacement, at safety cutterIt depends on each brand and model. As we said before, some brands offer the change of head, which makes the operation somewhat safe, since the blade is not exposed at any time.

The following video shows the operation for a safety cutter with a self-retracting blade. Note that it is possible to position the cutting edge to the left or right using the selector.

There are different brands that market a model of safety cutter whose edge is hidden under a thin entrance, which prevents the blade from contacting the operator’s hand, but which allows easy cutting of sheets, plastics and cardboard. In these models the blade is generally changed, which is disposable.

In the models with a disposable head, the operation is even simpler: just press a button to remove the worn head and place the new one in its place. It is only necessary to be careful to extract said head taking it from the tip, since the only danger with them is with the interdigital space, which is a skin fold susceptible to being cut, since it fits in the cutting area of ​​these instruments (the Swan neck).

In the self-retracting models with snap-on blades it is important to carry out the blade change operation always using a pliers. Never force the blade to break using the instrument as a lever, as it could break and cause cuts and other injuries. If you must change the blade completely, wear gloves and keep the cutting edge away from your body, and pointing outward. Avoid touching it.

The safety cutter is not a uniform model; There are different models, each with its own characteristics. However, it is possible to create a comparative table with some selection criteria that allow them to be compared to decide which is the most appropriate model for certain tasks.

What is a biscuit machine and what is it for?

What to watch out for when drilling holes in hard materials